My wife and I took in something pretty cool last evening. The Van Gogh Immersion Experience. It’s a collection of Vincent Van Gogh’s painting set to music as you stand or sit in a big empty space…and event center, and then the walls that surround you come to life with his paintings. 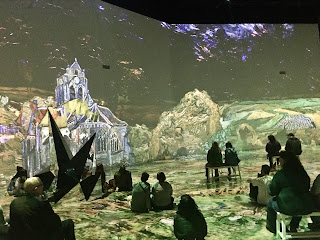 Kind of hard to describe the experience but it’s almost like you’re swallowed up for 30 minutes in the beautiful colors and work of Van Gogh. Reminds me a bit of some of the big screen experiences you get at EPCOT in Disney World. 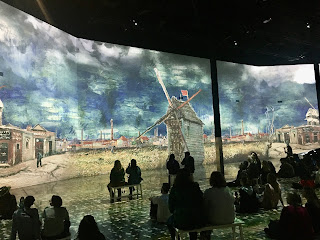 This was a Christmas gift I gave my wife this year, so we had a little artistic date night last night. I’m glad we got to Gogh. 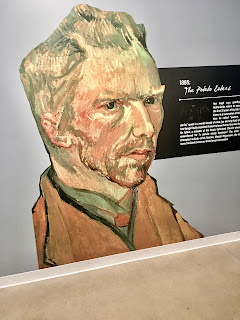 We got back in time for me to turn on the Bengals-Bills game coming from the “Jungle” in Cincinnati and anyone who watched the game now realizes it’s just a game…and life and death is a completely different deal that makes the “game” no important at all. Prayers for that Buffalo Bill who collapsed last night that brought on intense CPR, and ambulance and emotional shots of players praying and openly crying. The game rightfully was cancelled and will be rescheduled somewhere down the line. Nobody cared about seeing more football after witnessing that. Like sports fans everywhere, I had never seen anything quite like that.

I will say that the league, the coaches, the broadcasters did a great and reverent job of handling the event last night. With little new information coming for a long, long time, Joe Buck, Troy Aikman, and the ABC-ESPN crew just spoke from the heart and how they were feeling to fill up all the dead airtime they had to deal with last night. Not an easy task.

Again, like everyone else, I’m just hoping to hear some good news about 24-year-old Damar Hamlin today. 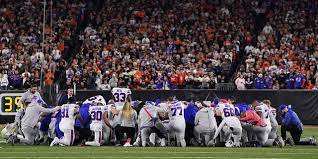 Today I’m putting a spotlight on “Safe Haven” that landed on the Hillary Scott & The Scott Family album that won not one but two Grammy awards. Hillary sings the lead on this very personal song that’s about her late Grandfather who passed from cancer. After he passed Lang Scott (Hillary’s Dad) asked Hillary to talk to her record label to see if they would allow her to record some old gospel songs with the family, Lang, her Mom Linda Davis, and her younger sister Rylee Jean. They were going to send those “home produced” songs out to people who had followed her Grandfather’s struggle that the family had share online. It turned into something much bigger obviously. 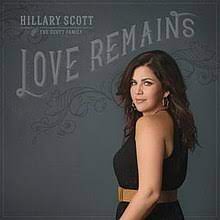 Lang had sent me a note that Hillary had wrote about her Grandfather…and e-mail. And he let me know they were looking for songs that might fit the project. The next day I was in a writing session with Jimmy Fortune who used to sing with the Statler Brothers and Sydni Perry who’s playing fiddle and singing high harmony with Carrie Underwood. Both of them are very strong in faith, so I shared that e-mail with them. We wrote the song that day, I sent it to Lang and thank God (literally) the family loved the song. They did ask if Hillary could add some things to the song we had not that we did not know about her Grandfather, and she did. It made the song even more special. 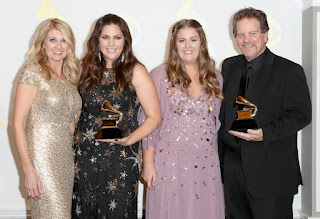 This song has been my biggest musical blessing as a songwriter. Not only did it win the Grammy’s I mentioned, but the song has touched countless other folks who have experienced the loss of a loved one. Several videos have been made of it with pictures of loved ones gone. It’s been used many time at celebration of life events. There’s countless stories I could tell you about this song…all of them touching and wonderful. I’m just proud to be one of the writers of “Safe Haven”. 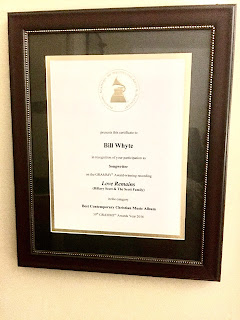 China is now saying that bodies are stacking up and that their crematorium are just overwhelmed from the surge of COVID going on there right now. Grim.

One expert says the new subvariant that is spreading right now means that those who are vaccinated are more likely to get COVID but will still be well protected from serious disease. And here I foolishly thought the vaccines were to prevent one from GETTING Covid. There’s going to be a flood of movies about this pandemic coming down the pike.

Other experts are afraid this new variant will cause yet another big surge in the U.S.

I saw an article with the headline of “9 Tactics To Overcome Procrastination”. Cool. I plan on reading the article in a week or so.

The old joke for RV’s is the same one they make about boats. The owners have two good days if they own either. The first good day is the day they buy the boat or RV. The second and happiest day is when they sell them.

Brent Burns and I wrote a song about that very thing “IBought A Boat” that Brent recorded. Click the link to have a laugh or two.

The Southwest Airlines debacle over the holiday that pretty much caused a complete cancellation of flights is being blamed now on “optimization technology”. That’s a nerd term for outdated equipment basically. With 15,000 flights cancelled, I’m betting Southwest will click on the software updates more often now.

NEW YEARS
I don’t know that I’ve ever made a New Year’s resolution. If I did, I would join the folks who make humorous resolutions like these.

Claim all my pets as dependents on my tax form

Lose weight by hiding it someplace where you’ll never find it.

“Mom Who Dreamed of Being a Wolf Spends $23,000 on a  Hyper-Realistic Costume.” Proof that dreams can be expensive.

If it stops raining, I’ve got some errands to run, a gym to hit, and then this evening I’ll be writing online with Darin and Brooke Aldridge. I always look forward to making some magic with those two.