Welcome to the New Year 2023. Monday morning and the coffee is hot. And the temperature is toasty too…going up to 70 in Nashville today.

We quietly celebrated the birth of our New Year’s Eve baby over the weekend. Our only child and daughter Heather blew out some birthday candles New Year’s Eve night. New Year’s Eve celebrations were a big deal if you played music with a band like a did for so many years. But once our daughter was born on New Year’s Eve, that was it for me and a band stand staying up past midnight playing music for those who wanted to party into the New Year. The celebration is much quieter now and sweeter as I always think of the great gift God gave me and my wife that one unbelievable New Year’s Eve evening in Cincinnati. I was the Dad walking the hallways. And there’s just nothing like being handed your child to hold for the first time. So yea, my wife and I have a great New Year’s Eve. 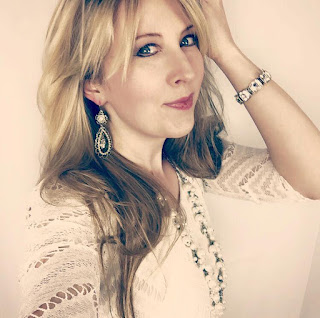 Things I didn’t do. I didn’t wear a funny hat, didn’t blow a horn, I didn’t stay up until midnight, and I did not participate in a Polar Bear plunge. Nobody needs to see that.

I got a great, late Christmas gift this weekend hand delivered to me Saturday from my friends Darin & Brooke Aldridge. A 2005 Martin D-18 acoustic guitar. And there’s not a scratch or blemish on this bad boy. Darin and Brooke sang on the Grand Ole Opry Friday night, so they brought it with them from North Carolina where they live. Darin had found it in a little guitar shop owned by a friend of his and he knew I was looking for one. My wife gave Santa permission to bring it, so he did. So thank you to my wife, and a couple of great elf’s Darin and Brooke. Can’t wait to play this one on stage soon. 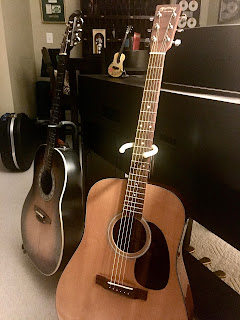 Today I’m featuring a song I wrote with bluegrass great Tim Stafford that Kristy Cox recorded on her album “No Headlights” titled “Finger Pickin’ Good” that also features world class guitarist Tommy Emmanuelle, who is from Australia as is Kristy.

My friend Jerry Salley who produces Kristy on Billy Blue Records called and said they needed an up-tempo number to help complete Kristy’s new project. So he set up a writing appointment with me and Kristy, who was very pregnant at the time and I brought that title into the room “Finger Pickin’ Good” that they both loved. The idea was to tribute all those great finger pickers on guitar and banjo for that matter. Merle Travis, Chet Atkins, Earl Scruggs etc. The song turned out great, and when we had finished it the thought hit me about how great it would be if someone like say…TOMMY EMMANUEL would play guitar on this song. So I asked Kristy how well she knew Tommy? And said, “I know him well mate.”

Turns out Tommy used to sit in with Kirsty and her band in Australia from time to time. Jerry’s eyes lit up at the thought of it. So a few days later they called Tommy and he said “yes” and just played the fire out of his guitar (as he always does on our record). I was blessed to be one of a few along with my wife Kathy in the studio that night to watch and hear that magic go down. Truly an amazing thing to witness.

When it was done, Jerry poked his head into the little studio Tommy was playing in and asked how much they owed him for playing He smiled and said, “you can’t afford me mate”. And made all of us laugh. But he did it as a favor for his friend Kristy. Billy Blue Records then invested in this great VIDEO of Kristy singing it with Tommy playing along with the band and I also got to hang out in the studio that day and watch that go down as well.

And then the song won the “Golden Guitar Award” that next year for “Best Bluegrass Recording” in Australia. So grateful to have been part of creating this.

The CDC is now tracking yet another COVID variant they’ve named XBB 1.5 that’s already responsible for 40% of the COVID-19 cases in the U.S. And it’s spreading fast according to them.

One economist is saying the price tag for COVID school closings that led to historic learning losses for kids to top 28 TRILLION dollars.

Hard to believe but the virus has been with us for 3 years now. With no end in sight.

Stole this one, as I have others, from the Mullet Wrapper which is a local publication in Gulf Shores, Alabama.

She: “Honey, I don’t like you with the new glasses on.”

He: “But sweetheart, I don’t wear any glasses.”

A broadcast legend signed off one final time this weekend as Barbara Walters, a true groundbreaker for women in the TV broadcasting world passed away. If there was an important interview that needed to happen, more times than not it was Barbara who got those interviews. And she would ask the hard questions too. The questions the audience wanted answers to.

I was aware during my own broadcasting career of how much celebrities, musical artists and the like must dread answering the same questions over and over and over again. But I was also aware that just because that MY audience had not heard the answer just because they gave it interviews in other cities. So, I’d asked the question but then would make sure I’d ask something (if I was lucky) they had not been asked. Something to make them laugh, and relax, and be on my side a bit for the Q & A. And that’s why I LOVE this quote from Barbara Walters.

“A good laugh makes any interview or any conversation better.”

Amen Barbara. If that were a sign, I’d hang it on a wall in my office. RIP Barbara Walters.

Now worth 785 million bucks boys and girls. Once again since the odds of winning are insurmountable, I bought a ticket. I’m just smart like that.

“Just Sold My Homing Pigeon On EBAY For The 22nd Time”.

I’m taking my wife to the Van Gogh immersion experience in Nashville, one her Christmas gifts from Santa. It’s like you’re swallowed up in Van Gogh paintings from the looks of it. Several of my friends have gone and given it two “thumbs up” so we’re looking forward to checking that out this evening. Full review coming here in the blog tomorrow. 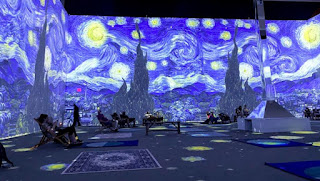 Have a great Monday.