And good morning from Morton, Illinois. 45 for a high her. A little chilly.

Friday morning I wrote with one of my favorite talents in town Brady Seals. It had been a minute. Brady has a lot of different projects all going on at once right now, and the former Little Texas member and co-write of “God Blessed Texas” has a bunch of road dates in front of him right now as well. Friday morning he brought a great Mo-Town groove on the piano. No title for a song, no thoughts about where the song might go or what the title could be, just a great groove on the keyboard that I loved right off. I finally came up with a title that Brady loved and we wrote that. Before the day was over and I had a great little work tape of it with Brady singing his tail off on it as he always does. He’s another one of those talents in this town that I’m not just a co-writer with…but I’m also a big fan of. 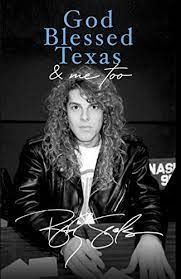 Then Friday evening I was back on the computer writing with Angus Gill in Australia who’s producing several artists right now including a throwback female traditionalist artist, so we wrote something in that vein hoping it might be something she’ll like. We’ll see. Young Angus is coming stateside with a working visa in June and will stay several months. I’m looking forward to collaborating with him in person instead of on a computer all the time. Angus is up for several “Golden Guitar Awards” coming up in a few weeks. Those awards are like a CMA Award here. The two of us have two songs on the TC Cassidy album that Angus produced and that project is up for “Album of the Year”. Fingers crossed.

If you read Friday’s Blog and caught the story about the “tattoos” at Waffle House? I wrote a comedy song about that experience titled “Albino In A Purple World”. So Friday was an EXTREMELY productive day. And if you missed that funny story just pull up the Friday Blog here on the website.

And then on Sunday I jumped in the car with Lang Scott and Linda Davis and we made the six-and-a-half-hour drive to Morton, Illinois, a suburb of Peoria for our “Evening in the Round” show this evening.  We drove through just a little spitting snow on the way here. More on that at the end of today’s blog. 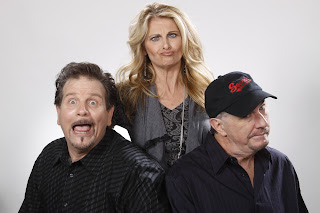 I got some good music news on Friday as well when I got a note from bluegrass artist Lori Goodlander up in Iowa that the song I co-wrote with a bluegrass award winning artist named Becky Buller telling the two of us that our song “Mercy of A Train” would be her next singer release and will be out in February. Becky and I co-wrote the song online sometime next year from a title and idea Becky had. After we finished it Becky recorded a little demo of it and then sent it to Lori, who I did not know at the time and Lori recorded it. My friend Darin Aldridge did a great job of producing the record as well. So I owe Becky big time for this one.

A couple of months after Becky and I had written the song I went to the Grand Ole Opry to watch and hear Darin and Brooke Aldridge sing our song “Grand Ole Circle” with the video they produced running behind them in perfect sync. Before the Opry started a lady tapped me on the shoulder and introduced herself…it was Lori Goodlander who told me how much she loved the song we had written. I guess she did. Thank you for recording it Lori.

I'm going to feature this funny song I wrote with my friend Gerald Smith "To The Grave". This song is about some things a person might take to the grave with them. Gerald, the former Hee Haw star, hit writer and performer, put this on one his albums. And today I am thinking about my friend as he's battling some real health issues and a lot of us have him in our prayers right now. Get better my friend!

Friday was a banner day as more good news came in when I got an e-mail telling me I would be the feature interview in Phlockers Magazine next month…February. Phlockers Magazine is about all things Trop Rock, Jimmy Buffett, the beach, the Parrot Heads, the beach lifestyle so many of us love. Writer Todd Alexander caught a show I did with my friend Brent Burns in Sullivan, Missouri last year at a great house concert venue there “The Hangout”. And the conversation we had led to this interview that will be available in a few weeks. I’ll post the link when it comes out. But thank you Todd for the interview. 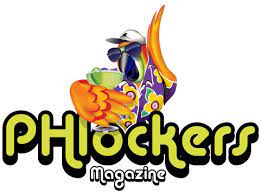 According to the CDC people who have never had COVID are likely to catch the newest strain spreading right now.

New York COVID deaths have spiked 30% in December, the most since early 2022.

69% of Americans now have been fully vaccinated according to the latest stats.

A man broke into a house one night, his goal was to take something small and valuable. While he was searching through the stuff he heard a small voice “Jesus is watching you.” He stopped for a moment and said to himself “This must be a voice from my old Sunday school. So he continued searching, about 5 minutes later he heard the voice again, Jesus is watching you.” He turned his flashlight to the direction and he saw a parrot.

He said to the parrot, “What is your name?”

The robber than said “What kind of silly people would name their parrot Moses?”

The parrot looked up and said, “The same people who named the pitbull Jesus!”

SOME KIND OF JOB

Mayor Adams in NYC says the city has received over 900 applications for the Rat Czar job there. Who doesn’t want to be a danged Rat Czar?

The Federal Trade Commission is making an effort to ban the “non-compete” clauses in company contracts. Those clauses that disallows you to work within so many miles of that company if they terminate your contract or if you quit. After years of working under one of those in radio, and now being out of that business…NOW they come up with this!  I can see if you’re taking several months of severance how that might be fair. But after that? It seems like you would have a right to work right across the street if one wanted to. It will be interesting to see if the FTC can make this happen.

TSA Says Passenger Attempted To Bring Emotional Support Boa Constrictor Through Security. Thank god they do have SOME restrictions, or CONSTRICTIONS in this case.

First, I have to find a place that sells Mega Million tickets since it’s up to 1.1 BILLION dollars because the odds are overwhelmingly with me this time!

Tonight our “Evening in the Round” show is at 7 pm here in Morton Illinois at the Bertha Franks Performing Arts Center. Peoria-Morton City is the home of Caterpillar and it’s Pumpkin City apparently as they have a huge pumpkin festival here every years. It draws 75,000 people every year!  So I’m sure we’ll be talking about that on stage a bit tonight. 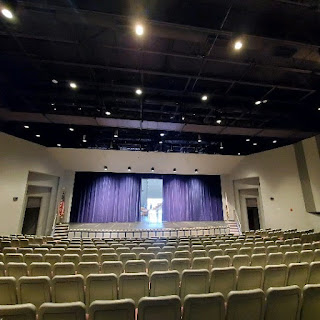