Hello Thursday morning. How can it already be the 19th of January? Getting ready for a “Hits & Grins” show in town tonight…more on that at the end of today’s Blog.

I took a little trip out in the country to see and write with Thomm Jutz. First time we’ve written at his place that has a great home studio built into it and that’s where we wrote. I brought an idea with me, but when I was unpacking my guitar and computer setting up to rhyme something, Thomm was playing a really cool thing on his Martin guitar. I asked if he was working on an idea with that melody and he said he was not. I said, “well we should” and dropped my idea like big rock because that melody was so cool. The melody was a little “dark” in nature and when he asked what kind of song I thought would work for it, I suggested a song about the miners who have such a hard life. Thomm loves history and knew a lot about that lifestyle so we just wrote the heck out of the idea over that melody Thomm had created. And it only took us about an hour and 15 minutes to finish it. I had mentioned yesterday how fast a writer Thomm is, and he is, but he’s also a very meticulous writer as well. A potent combo, and I’m glad to have had some time with him making this little sad song about miners come to life with him yesterday. 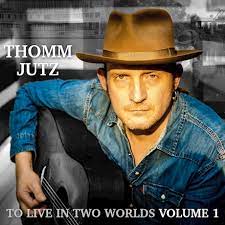 On March 18 my friend Steve Dean and I will have the honor of playing at the Country Music Hall of Fame and Museum again. It’s an honor every time to play the Ford Theater inside the Hall of Fame for there long running songwriter series there. I think this might be the 4th time that Steve and I have had the pleasure of doing this. The show is at 12 noon on March 18…a 45-minute show where each of us will do three of our original songs and we have a little Q&A time with the audience as well. Admission to our show is free with a museum ticket. If you’ve not seen the HOF here in Nashville, you should. It’s pretty spectacular. Make plans to join us if you can. 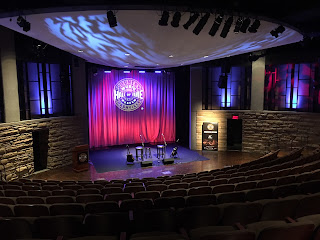 In Tamworth Australia they are getting ready to hold the Golden Guitar Awards Show this Saturday. I have songs on two different albums that are nominated for “Album of the Year”. The Golden Guitar Awards are equivalent to our CMA Awards here, so it’s an honor to have songs on nominated albums. So today and tomorrow I want to put a spotlight on songs off of those albums.

Today I chose “Before I Turn Out The Light” that TC Cassidy recorded on her nominated album Travelling Heart. TC has quite the story. She was a pretty big artist in Australia when she was young, and then just walked away from the business for years and years and years. My young friend and producer Angus Gill bumped into TC at some function and told her she should start singing again. TC thought about it and agreed as long as Angus would produce the album. And that’s when I came in the picture.

Angus told me TC’s story, and the two of us wrote two songs that landed on the album. This one is titled “Before I Turn Out The Light”. I had written a lot of this song before Angus popped up on my computer screen one night. I played it for him, he loved it, we tweaked it, he sent it to TC who sent back an immediate reply of how much she loved this song and to PLEASE hold it for her to record. It turned out great. Thank you Angus and TC…and good luck Saturday night TC!

The Kraken variant of COVID has arrived in Tennessee officially. Officials are reporting that cases are on the rise here…as elsewhere.

A startling statistic. 1 in 9 of age 65 or older experienced Alzheimer’s in 2022. Can’t wait until the can find a cure for this.

Moderna is saying its RNA vaccine was nearly 84% effective in preventing symptoms in adults 60 and older.

Did you know that it takes 72 balloons to lift a 5-pound chihuahua dog off the ground? Don’t ask me how I know this.

Microsoft is laying off 10,000 employees. Wow. That’s 5% of their work face, brought on by a tech downturn.

Terrible joke I now, but hopefully they won’t be jumping out of the Windows. (Told you…it’s terrible)

Meanwhile Amazon announces they are laying off yet another 18,000 employees there. Mostly in human resources and stores division this time around. Just please don’t fire the drivers where I live. I don’t know what I’d do if there weren’t a Prime package showing up at the house every single day. It might force me to get out and buy something in a danged store!

And while all that is going on Walmart raised truck-driver pay to as much as $110,00 trying to recruit more drivers. And they launched a program to allow their employees to take a 12-week class to get their commercial license. Some Walmart employees make as little as $25,000 per year. So I’m expecting to see some “greeters” blasting air horns while sitting up high in the future.

Wife: “Our new neighbors are so in love. He kisses her, strokes her hair, and hugs her. Why don’t you do that?

Husband: “Because I don’t know her that well yet.”

The top 10 fastest growing jobs in America were just listed. And a lot of these pay six figures or more. There’s something in common with most of them. See if you can spot that commonality as you scroll down this list.

Now, I’ve never heard of some of those jobs just listed or have any idea what the job description would be But the one thing I did notice was that 5 of the 10 ended with “Manager”.

This morning I’m writing with Tim Stafford. He’ll be looking at me with his guitar from inside the new home he and his wife built recently in the Smoky Mountains over in Knoxville.

And then TONIGHT I play an 8:30 “Hits & Grins” show with Steve Dean and Victoria Venier at the Listening Room Café. We’re expecting a big crowd tonight and we surely hope to see some friends out front. 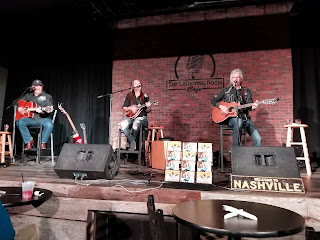