A new week…Monday morning be here. And with any luck we’ll get a glimpse of the sun before it clouds back up tomorrow and we get even more rain for a couple of days. It’s surely been a gloomy weather run in Nashville.

One of my greatest friends moved to Arizona years ago from Cincinnati where he was from. He loved Cincy as do I and told me once that it wasn’t the cold that drove him to a sunshine state, it was the gray. I get that.

Well, I finally found time to do a little online Christmas shopping this weekend. And we got the Christmas tree up and lit so I do feel like if nothing else I made some holiday progress. I try to get presents I don’t have to wrap because I’m tired of using duct tape. My gifts are always the easiest to recognize under the tree for sure.

But I did see a tip this weekend. Ironing Board wrapping. Yep. Just like it sounds. To save room in the house, unfold your ironing board and use it for your table to wrap on. Cool. One tip for you guy though. Do NOT wrap up the ironing board when you’re done and re-gift it to your wife. That just won’t go well. 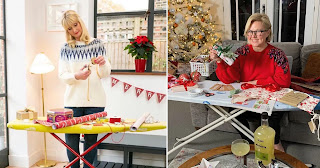 I’ll leave this little Christmas tune that may bring a smile to your face, “The Dog’s Home” that I wrote with Gerald Smith and Paul Bogart a few years ago. I do this song a lot when I perform, no matter the time of year. It’s actually funnier when I do it in July than December. The link will take you to a version of the song featuring my “Hits & Grins” trio.

Over the weekend Dr. Fauci admitted the obvious when he acknowledged that Americans have “mandate fatigue” and that people don’t like to be told what to do. No kidding.

They’re seeing more hospital cases now for COVID and apparently the death rate has gone up with most of those being older folks with underlying health conditions.

And some new research shows that COVID looks like old age in the human brain.

Tell me Dolly Parton doesn’t pay attention to detail. She hides her little microphone pack inside her wig when she performs so no one sees it. Most wear it behind them on stage on the back of a guitar strap or their pants. Not Dolly. And I know. You’re disappointed she doesn’t hide it somewhere else aren’t you?

Some new research suggests that hearing aids may help you avoid dementia. The theory, or one the theories is that the hard of hearing use more cognitive power to listen, leaving little energy for them to focus on or remember what they are listening to.

I’m no researcher, but that does make common sense don’t you think?

And the sign said, “If You Are Being Chased By A Pack Of Taxidermists…Do Not Play Dead”. Solid advice.

Total Shape just listed their healthiest states and unhealthiest to live in. California is #1. That’s followed by Connecticut, Massachusetts, Vermont, and New Jersey. Surprised?  Me too.

How about a new Oldsmobile. Oldsmobile doesn’t make cars anymore, so this must be a special limited thing. But how great looking is thismuscle car? And Olds 442.  Heck, maybe Plymouth will roll out a new Barracuda again.

You know you’ve reached middle age when you’re cautioned by your doctor, instead of police.

And I’ve got a personal remembrance of a “slow down” story that I can share. On a motorcycle trip in my youth out west, I had my feet up on the pegs of my bike and was just flying down a road in the beautiful state of Utah. Just laying back and being amazed by the colors and the scenery surrounding me on a very smooth stretch of road. I was paying zero attention to how fast I was going. Like 85 or so maybe. And that’s of course when I saw the red lights flashing behind me. Geez. I pulled over and the officer walked up and asked if I knew how fast I was going?  Nope. He told me. I braced myself for a big ole ticket. But instead the officer said, “Pretty out here isn’t it”?  I assured him it was indeed. And then he said, “I’ve got a bike too son. Slow down a little.” And that was that. Makes me smile just thinking about it again right now.

There are some. I don’t think I ever had a really weird job. Mowing cemeteries might be the oddest. But not as odd as the job this guy had. He worked a 40-hour week sitting at a gate to make sure cows didn’t get out. In all the time he did that, he never saw one leave. The best part is his job title. Bovine Identification and Exit Prevention Specialist.

How about this idea for dorm living at college.  Fisk University here in Nashville just placed an order for shipping containers that will serve as dorm rooms for some. Cheaper. Couldn’t be much cheaper than one of the places I lived just off campus when I went to college many moons ago. I lived in a half-wide mobile home for a short while. True. Looked like they sawed a single wide in half. 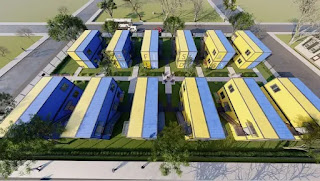 I love the movie Erin Brockovich. I’ve watched it multiple times. Julia Roberts plays Erin in this true story movie. Here’s something I did not know about the movie until now. If you watch this restaurant scene in the movie, that’s the REAL Erin Brockovich taking Julia Robert’s lunch order.

Phoning a patient the Doctors says, “I have some bad news and some worse news. The bad news is you only have 24 hours to live.” The patient replied, “That is bad news, what could be worse news”? The Doctor answers, “I’ve been trying to reach you since yesterday.”

I’m  writing at my publishing company for the first time with a young artist-bluegrass musician from the Gatlinburg area Addie Levy who I met in Gatlinburg at the Gatlinburg Songwriters Festival this past August. Addie  signed up from my songwriting class with Brady Seals, sat down and impressed me and Brady. She plays several instruments well, and she plays a lot of shows at Dollywood. Looking forward to writing with her today. She’s working on her first ever progressive bluegrass album, so I’m sure we’ll be working to write something that could fit that.