Another Hump Day to get over. Wednesday morning. Bracing for the big freeze that’s  coming Friday night.

It was fun writing with my friend Gerald Smith again at my publishing company. Gerald had been under the weather so it was great seeing him and knowing he was feeling better. Seems like the whole world is sick or has something wrong with them these days for sure. But he was in great spirits and brought a really fun title with him that we wrote yesterday. And Gerald can really write fun stuff. Here’s his most well-known funny song that he sings at most of his shows, “You Play Like Chet”. Enjoy.

Today’s song I’ve selected is “Person of the Year” that Kristy Cox recorded, a song I wrote with Jerry Salley that was meant to salute the front-line workers in the COVID battle. Kristy fell in love with it the minute she heard it as it touched her heart. She has some family and friends involved in the health industry so it was easy for her to relate. The record label Billy Blue that she’s on spent some money to tie this song to a wonderful VIDEO you can check out if you have not already. The song hit the Australian charts and was in the running for an IBMA Award (International Bluegrass Music Association) but did not win. But I’m proud that the song has touched some folks from all the air play it received, and I really proud of all of those on the front lines of this disease. Thank you for recording it Kristy. 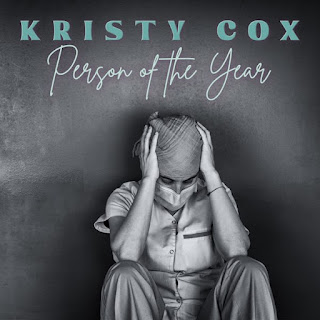 Jerry, who heads Billy Blue and Billy Jam Records called me last night to go over a lyric to make sure it was right on a song that American Idol star Alex Miller has just recorded that will be out soon on his second album for Billy Jam Records. It was correct, and I got to hear a bit of the song over the phone last night from the recording studio. Gosh it sounds great. I co-wrote this song with Alex and my friend Josh Shilling who brought in a great title that day we sat down to write. Can't wait to share it.

And I certainly feel blessed that the first single released on Alex was this fun "swing" song I wrote with Paul Bogart and Dan Wilson, "Don't Let The Barn Door Hit Ya". 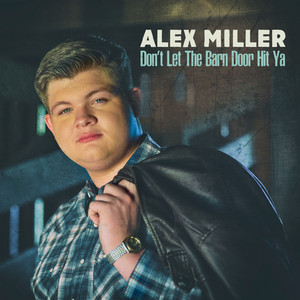 A new study says only 1 in 4 will get the latest booster shot. 44% don’t think they need one. Another 37% don’t think the benefits are worth it. And 36% responded they were too busy to get the shot.

A Duke University study just released agrees with some other studies that taking Ivermectin has no benefit.

The CDC says more than 3,500 Americans have died in part, to long Covid.

They actually did research on Christmas tree lights always get tangled. The study confirms that yes they DO get tangled. Thank you Einstein. The longer the string of lights, the more likely tangled becomes. At 15 feet?  100% tangled. Somebody needs to come up with a fix for that and get on the Shark Tank show.

Best Christmas song about Christmas lights ever is “12 Painsof Christmas” by Bob Rivers, a long-time air personality out in Seattle. The guy loses it over the lights going out in this song.

I’ll vote for this amazing rendition of “The Little Drummer Boy” by King and Country. Pretty cool. Check out this incredible "live" performance of the Christmas classic.

Want to know the most tax friendly states to live in?  Fox Business News released their top 5 yesterday.

Move to: Alaska, Delaware, Wyoming, Florida, or New Hampshire. Mayflower should be busy.

Apparently anything that ends with “Month of the Club” works well for those of us who are panicked trying to get a gift at the 24th hour. Coffee of the Month Club, Book of the Month, they even have a Beer of the Month Club. (Dear Santa)

In the UK where prices are soaring for energy, some of the most popular Christmas gifts this year are slippers, blankets, and air fryers. I guess you can stick your cold toes in an air fryer and hit “broil” if you’d like. Those things are amazing.

Americans apparently want real meat in their hamburgers. Stock for the Beyond Meat Company has dropped 85% forcing the company to lay off 200 employees. I ate a couple of those Impossible Burgers at Burger King. They were okay. Not as good as the real deal though. So it’s not a surprise at least to me. I’m just hoping they don’t ever try to roll out Beyond Mac and Cheese.

A friend of mine down in Jacksonville, Florida sent me this funny song “The Great Iguana Freezeout” about the iguanas falling from trees in the Sunshine State from the cold weather. Weirdest thing yet. Falling reptiles. When I was doing morning radio shows I would write or look for funny songs that addressed something as topical as falling danged Iguanas. It made me smile when I got it yesterday, so I thought I’d share with y’all. Watch your heads.

Doing a little last second Christmas shopping and wrapping myself today. And this evening I’m going to catch a little basketball and watch Belmont hoop it up here in Nashville where my daughter went to college.