Thursday morning. 49 for a high today with the promise of some sun…finally!

The blog was posted later this morning because at 7 AM our power went out and was not restored until after 10 AM. We’ve had rain for a week…power good. Today we get sunshine, and the power goes out. Go figure.

I’m in a stretch right now of not a lot going on with the holidays on the horizon. So I have several open days to get set for Christmas and New Year’s before it fires up again. Got a little more Christmas shopping done yesterday, pitched a few songs to a couple of artists that are looking for songs right now, and watched the finale of Survivor last night on the couch. And how was your Wednesday?

I lost two shows in Virginia a couple months ago because I was down with COVID. Those now look to be rescheduled for May 4 in Culpepper, Virginia and May 6 in West Point, Virginia. Those are “Hits & Grins” shows with Steve Dean and Victoria Venier. I’m just waiting for final-final confirmation before posting the details on my calendar here on the website. But thank you to both venues for going to all the trouble to reschedule our shows there. 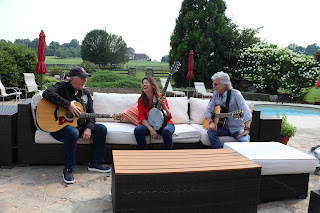 I’m going to share this song today that I’m a writer on…”Corn”. Many years ago I sat down at a kitchen table with my friend Lisa Shaffer, who was the first female vocalist in our “Hits & Grins” trio before she and her husband moved home to northern Kentucky and bought a farm. That’s where they’re from. Lisa grew up around farms, as did I. So I had this song title idea “Corn” and took it to her and we tried to capture the view that both of us were familiar with if you lived in farm country. The view outside a house on a farm where you see a “field full of corn.” And we did.

One day Lisa called and told me that a bluegrass duo named Darin & Brooke Aldridge were going to record it…and they did. She knew I did not know them, had not heard of them, but she told me how great they were and she thought they would record the heck out of our tune. Did they ever. The song has become one of their signature songs, performed at almost every show of theirs. And since then, I’ve come to know them as great friends and now big ole Grand Ole Opry stars. And they’ve recorded several of my songs, AND we are not writing songs together. One little song…”Corn”.

A new study published this month in the American Journal of Medicine claimed those unvaccinated from the virus were more likely to get in traffic accidents, and that insurance companies might need to adjust the rates for unvaccinated. The main investigator in this study went on to say, “This does not mean COVID-19 vaccination directly prevents traffic crashes. Instead, it suggests that adults who do not follow public health advice may also neglect the rules of the road.” Wow. It got a huge kickback on Twitter as you can imagine. All I know is Jake from State Farm better not show up with his hand out at a lot of houses.

The WHO Chief said he hopes the COVID-19 health emergency will HOPEFULLY end next year. Hopefully, he’s right.

And because of the large numbers of folks they expect to get sick and test positive this winter, the government is rolling out free COVID tests again. You can get them by mail.

A 51-year-old contestant won Survivor last night. Second oldest in the history of the show. And what a cool ending. (spoiler alert…so if you’ve not watched it…don’t read ahead).

Mike Gabler is a heart valve specialist with a love for our veterans. Last night he donated his 1-million-dollar check to veterans in his father’s name Robert Gabler. His Dad was a Green Beret and the check will go to “Veterans In Need”. That charity organization helps vets dealing with psychiatric problems, PTSD and curbs the suicide epidemic. How can you not love that guy? Such a great gesture. I’ve watched every episode of Survivor since it started. That moment last night when he announce his intentions might be my favorite moment all time on that show. Don’t tell me there aren’t some great folks out there. 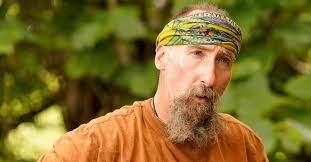 TICKET FOR THE GRINCH

In Arizona, a guy is driving in the HOV lane with a green passenger. Police pull him over. The passenger is a stuffed full-sized Grinch. Police were not amused. The driver got ticketed. The Grinch then threatened to go down the chimneys of those policemen and steal all their packages.

Depending on the plane you’re flying on, sometimes the pilot will come on the intercom and say something unexpected…and funny. Here’s two real examples.

After landing a pilot announced, “Ladies and gentlemen, I’d like to share some words with you that my Father shared with me on my 18th birthday. Pack your bags and get out.”

And yet another announced: “Position your seat belt tight, low, and across your hips, like my Grandmother wears her support bra”.

HOW LOW CAN YOU GO?

For those of you frustrated because you can’t think of what to give that will make an impression, maybe try a gag gift. Like the one this guy came up with. He gave a present to a buddy who unwrapped and then opened a box to find batteries with a note that read, “no gift included”. I’m trying to decide if my wife will be amused if I try that.

Well, our power is back on! Now I can catch up on what needs catching up on.