Thursday morning and it’s still wet around here. Pounding rain on the roof this morning. I think Noah just went to Lowe’s to get some lumber.

I wrote with Belinda Smith and Adam Wheeler at my publishing company yesterday. Belinda has been through several doctor visits for multiple things so it was great seeing her looking healthier yesterday. Belinda has written several Christian hits in her career and has a great sense of humor to go along with a contagious laugh. So it’s always fun being in a writing room with her. And Adam is just a truly great songwriter also with a lot of cuts in this town through the years, and his list is still growing.

Yesterday we wrote a song from a title that was born from the last time the three of us wrote together…though I was oblivious to it. Apparently I had left the writing room to go to the little boys room when the two of them got to talking about witches (I guess) as Salem came up. And one of them said, “Ain’t No Sun In Salem”. My publisher happened to have walked in the room and told the two of them that was a great title for a song. So, with a very humorous pen we wrote that yesterday. Really fun song. So the moral of the story here is, I should go to the bathroom more often.

One of the great things that sometimes happens when you write with other folks is they’ll ask, “Have you heard this song”? And then you listen to it and you’re blown away. Adam asked that question yesterday about a song that a co-writer of his had just released on his own written about his Father who passed. The artist-writer is Bobby Pinson and his song is called “The Shave”. Click on the link and listen. It will tug at your heart for sure.

We call those “full circle” songs, so when Adam spit out that title I asked, “Is this a full circle song”? And he nodded that it was. I was thinking if I had a title “The Shave” that’s how I would have approached it too. And Bobby Pinson crafted it into a piece of musical art.

So I returned Adam’s favor and suggested he listen to a song that three great writers in Nashville penned called “Toothbrush”. Another full circle song. You start the song with something and come back to it at the end of the song…full circle. I heard one of the writers, Joel Shumake sing this in a songwriter show one night and was just blown away. And sure enough, a year or so after I heard him sing it, Brad Paisley recorded the song. Good stuff.

There’s some research suggesting that Vitamin D helps make your brain function better. A lot of us take vitamin D already as a prevent against COVID. I’m doing that for sure. But I’m not sure if my wife would tell you my brain is functioning any better.

And more research. Suggesting that COVID affects short term memory for some.

Hong Kong stocks rose 3% yesterday. Why? Because they are easing their strict COVID restrictions.

With the sad news that Cheers star Kirstie Alley passed away this week from cancer a lot of us took some time to think about how funny she AND the show Cheers was. One of my favorite comedy TV shows of all time.

Today I found an article listing a lot of the really funny lines that were dropped on the show. And my favorite of all time was also on the list. The line came from Norm who announced at the bar that “It’s a dog-eat-dog world, and I’m wearing Milk Bone underwear.” 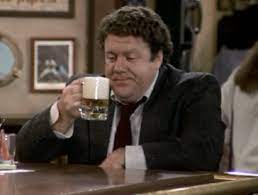 American Airlines is offering up some $90 roundtrip flights for a short time for select cities. Might want to check. I found there’s a 90-dollar flight from Nashville to Tampa for the next couple of months on this deal. Hmm…wintertime and I can be on a beach in a couple of hours for 90 bucks?  Where’s my credit card?

Well, I was tickled that the Fox TV show “Monarch” starring Trace Adkins and Susan Sarandon used a bit of a song I helped write on the show this year. Glad they used it on season 1 because there will be no season 2. Cancelled. Poor ratings. It was a little cheesy and over the top. You could see that in the trailers that Fox ran hyping it up before it started. Sometimes you just know. Looked like they were trying to make Dynasty with guitars and country folk. Didn’t work. 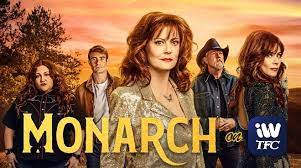 TGI Friday’s is being sued because some folks are claiming that their frozen Mozzarella Sticks sold in grocery stores have no Mozzarella in them. Yep. That will do it. Makes one wonder though what that white gooey stuff inside really is. Sometimes one is better off not knowing.

McDonald’s is selling 50 cent double cheeseburgers today and tomorrow for some promotion. No word if the cheese on the burgers is TGI Friday’s Mozzarella or not.  Lift your bun and check.

Well, it might be a perfect gift for any beer drinker on your list, or any “Christmas Story” fan on your holiday shopping list. Miller High Life is selling a leg lamp you can drink from!  Just like the iconic lamp in “Christmas Story” except the leg on this bad boy is filled with Miller High Life. Genius. I can’t tell you how many times I’ve longed to drink beer from a leg. 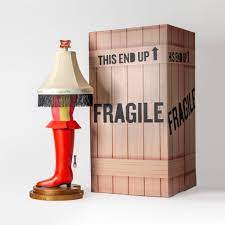 The most searched word on Google this year? Wordle. That word game so many folks are playing right now. Wordle. I tried for a short second and realized I am not smart enough to be successful at this danged game. So I gave up and went back to a game I’m really good at. Chutes and Ladders.

I’m online writing today with my friend Troy Engle up in Pennsylvania. Great musician AND songwriter who worked and hung out with the late Tom T. Hall and his wife Dixie for several years as well as other talented folk in Nashville before moving back home to PA where he has his own bluegrass band and writes a lot of great bluegrass tunes. And I’m sure that’s what we’ll be doing this morning.

Then tonight I’m sticking my head into a little Christmas party hosted by my friend Jerry Salley and his wife Erin. There will be a little Christmas Caroling singing going on, and hopefully some beer drinking form a lamp shade leg.