Friday morning…headed for the weekend. 61 and cloudy here today.

I read today that Nashville winters are indeed getting warmer. Temperatures are up in the winter 4.1% since 1970. Not a good town to be selling snow blowers in.

I wrote a very fun song with Troy Engle yesterday online. I sort of new we might be on to something when Troy, who was in Pennsylvania looked at a couple of verses and a chorus I had written and then laughed loudly. From that point on it was on like donkey-Kong. Can’t say much more but the song dances around the farm life and milking cows that’s set in an up-tempo bluegrass melody that leaves room for those talented bluegrass pickers to do their thing.

Troy is an excellent musician. Plays most things with strings on them. And yesterday he told something I did not know. And this may be a little inside to musicians, but I found it really interesting. Apparently the Dobro is not an instrument per-se. In 1928 the Dopyera brothers from then Czechoslovakia invented the instrument that has that big aluminum resonator in it and called it the Dobro taken from a piece of both brothers name. So when anyone else made one, they could not call their instrument a Dobro. Instead they are called resonators.  The things you learn when you write with folks like Troy. Either the dobro or the resonator is going to sound great on the song we wrote yesterday. 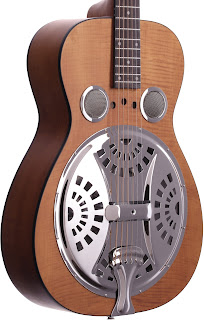 Last night I got in the Christmas spirit. My friend and co-writer Jerry Salley and his wife Erin invited me over for a small Christmas gathering with some other folks I knew. Kyle Cantrell and his wife Becky were there. Kyle runs Bluegrass Junction on Sirius-XM Radio and I worked for Kyle a short while when I did the morning show at WSM-FM in Nashville several years ago. Kyle was also a LONG time Grand Ole Opry announcer so it was fun seeing him and catching up. Lee Black who’s one of the great southern gospel songwriters was there behind a big grand piano helping lead the room in Christmas Carols. With a room that had a lot of singers and musicians and music folks in it, it sounded pretty danged good! My thanks to Jerry and Erin for having me in their home last night and thank you Erin for sending me home with a bunch of your miniature gingerbread men that you hand made. I’m a sucker for those. 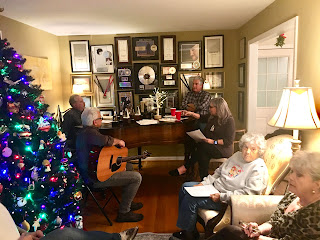 Apparently there’s an Omicron vaccine now available for kids as young as 6 months.

Hospitals are feeling the strain of the tripledemic we’re in. COVID-FLU-RSV. Beds are filling up with so many being sick.

Another study confirms that every time you catch COVID chances increase that one will have long term COVID. I can attest, as I’m still coughing several weeks later after having had it a second time.

"My Fave Machine At The Gym Is The One You Put Money In And Snacks Come Out". Amen. I do get some odd looks when I’m on the treadmill at the Y popping M&M’s in my mouth while I walk. I’ve gotten used to it.

When a Cobra comes out of your outdoor water faucet when you turn it on?  You’re having a bad day. That actually happened. That would be the last time I ever saw a Cobra snake if that happened to me as it actually did for someone because I would have a heart attack and die on the spot. Have I ever mentioned how much Indiana Jones and I are alike?

Read an article listing some of the weirdest places musicians have held a concert. Of course the Beatles on the rooftop was at the top of the list. Another rock band played a show on top of an iceberg in Antarctica. I’m guessing the seals and walruses gave them a standing O. Surely. 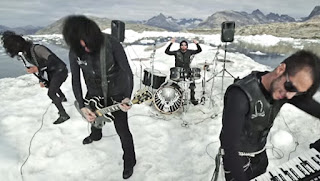 Anyone who plays music has played in some odd places or spots. I’ve played behind chicken coop wire at a VFW. And yep, the minute we finished playing and walked out of our cage to pack and go…a big ole fight broke out.

I sang the National Anthem once in Milwaukee before a Milwaukee Admirals hockey game. Standing on the ice with those big guys with sticks standing behind me.

But off the top of my head, maybe the oddest was the time I played a few songs sitting in a bass boat at a Convention Center in Cincinnati at the Boat and Travel Show. My guitar was my fishing pole that day.

If by chance you’re in Nashville, take advantage of this great deal. On Sunday you can visit our wonderful Country Music Hall of Fameand Museum…for FREE. One day only. Truly a must visit place for any country music fan. 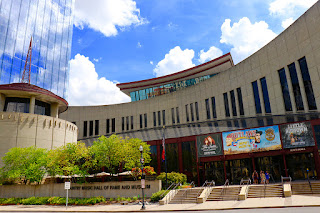 Which reminds me that I did play a private show once at the Hall of Fame with my friend Steve Dean in the rotunda where all the plaques are hanging of those stars who have been inducted into the Hall. So another “different” kind of place to add to the list above. This one though came with goosebumps, because of where we were sitting. Right in front of so much country music history. 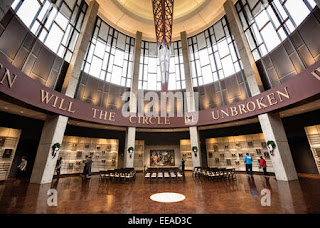 “Woman Is Going Blind After Tattooing Her Eyes Blue And Purple”. (I don’t wanna know)

Well, I have a songwriting session this morning with the ole “Georgia Quacker” Gerald Smith the former Hee Haw star and hit songwriter. Gerald can also write pretty danged funny stuff too like this song he recorded that we wrote together “To The Grave”. So it’s always fun to hang with Gerald.

Then the weekend is pretty wide open and I’ll try to turn my attention to Christmas stuff. I STILL haven’t bought gifts yet!