Friday with the weekend on the horizon. It’s cooled off. Sun, and high of just 46 today with a low of 29 tonight! And our long-range forecast is showing now snow on Christmas…just cold. Bundle up Santa.

Wow. Sunshine returned to Nashville finally. And once again I could look outside my little blogging window and watch the sun dancing on the water on Old Hickory Lake. Beautiful day. I spent some of yesterday getting to the gym, tweaking a song I’ve been working on, and my wife and I finished decorating the tree. So we’re set for our daughter Heather and her husband Casey to come up from Alabama Christmas evening to celebrate with us. Big time in their lives now as the two of them will be moving to Germany in early February. So who knows, maybe we’ll be spending a Christmas in Germany with them one year and hitting the Christmas markets over there. 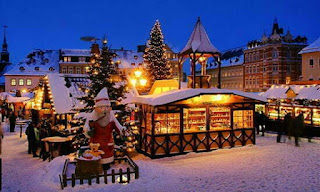 Today I’m going to share one of the songs that Jenny Tolman recorded that I wrote with her and her husband Dave Brainard. “If I Could Invent A T Shirt” came out of a conversation the three of us were having around their kitchen table one morning as we were trying to find something to write about. We were talking about how you have to be careful these days about what you say, and where you say it. (Ask the Dixie Chicks) Especially if you’re an entertainer trying to be “popular” and sell records or product. But what would your T-shirt say? One of our things we would say is "I Love Lovers" which is part of the song.  Maybe some of those things you’d like to say out loud but know better. That’s the point behind this song that went on to be a single release for Jenny a couple of years ago that they made a fun VIDEO of. Check it out. 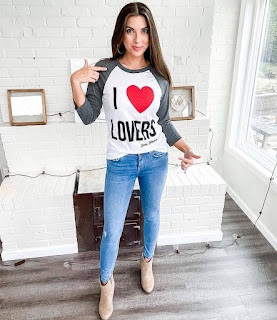 The bill to rescind required vaccinations for the military just passed through the Senate and now awaits the President’s signature. Will they let those service members back in that they kicked out for refusing to take the shot? And how will our service members who took the shot because they had no choice feel about the change? Stay tuned.

The American Journal of Preventive Medicine has research showing that the more active we are, the less chance we have of being put in a hospital or dying from COVID. As a general rule, isn’t being active pretty much good for your body period?

Here in Nashville at one clinic, 43% of patients tested have the flu. Nasty stuff. Part of that danged “everybody’s sick from something” time period we’re trying to live through right now.

A HUGE Aquarium burst at a hotel in central Berlin, Germany spilling 1500 tropical fish and injuring two people. Still waiting to hear how many tiny divers spilled out of the tank.

They are through the roof in Kentucky where so much of it made. Biggest year ever for them. Bourbon is now a 9-BILLION-dollar industry there with 1 in every three Kentucky counties owning a distillery. No wonder folks in the bluegrass state seem so friendly. Oddly enough, I can’t say that I’ve ever sipped bourbon or whiskey for that matter. I think maybe once, and it tasted like medicine to me so I’ve stuck with beer and Nyquil.

Yet another study shows that certain foods may slow Alzheimer’s and dementia by a third. Green leafy vegetables, fish, nuts, and even red wine can help. Eggs, coffee, oatmeal also are listed. God bless the researchers trying to find ways to end Alzheimer’s.

39 people were asked what they thought was overpriced. Lots of different answers, but here’s 3 that I nodded my head in agreement to.

Funerals. (Gosh yes. When I’m dead I want my wife to just prop me up on the couch with a remote control in my hand. Save some money)

Ink Cartridges. (Way too high. Tempts me to go back to carbon paper)

Anything with the word “Wedding” in it. (Dad’s…can I get an Amen?)

Major League Baseball pitcher Justin Verlander, who just signed a massive contract to pitch for the New York Mets, and his model wife Kate Upton are vacationing on St. Bart’s island. The villa they leased costs $450,000 per WEEK!  12,000 square feet and they have their own chef and butler tossed in for free. Tom Bodett is nowhere near this place. 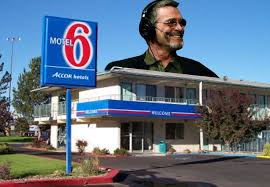 Aliens Haven’t Contacted Earth Because There’s No Sign Of Intelligence Here. Really hard to argue against that.

I’ll be spending some time trying to relearn how to get around on my computer. I did a software update last night that was recommended, and now everything is changed. Different colors, things I’ve never seen before, things I don’t like…all popping up on my laptop. Sigh. I may never do a software update again. I think I’ll just let my computers crash on their own, and just buy a new one. Easier.