Friday morning and we’re headed into the first weekend of December with a little rain and high of 57 in Nashville today.

I had such a fun and productive songwriting session with Lauren Mascitti and Kristen Bearfield at my publishing company Bill Blue yesterday. Recently, I rediscovered how great that simple, mountain music was that was sung by “The Trio” Dolly Parton, Emmylou Harris, and Linda Ronstadt. So I took a chorus idea in that musical vein with me because both Lauren and Kristen love that kind of music and they fell in love with it and then we just tore into it. Simple with a beautiful melody that features wonderful 3-part harmony parts. It was goose-bumpy at times hearing the girls singing this song. Just could not have had a better time. 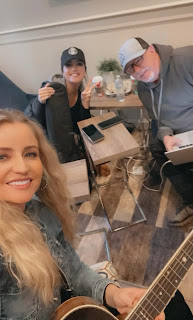 Lauren is doing a show in February here in town with two other girls, and they sing some of those old “Trio” songs. So I have a feeling they may learn this one since it sounds so much like what they’re doing on the stage. I’ll be there that night if they do work it into their show.

And I got to see some beautiful pictures of Norway where Kristen had literally returned from the day before after doing some shows there with her "High Road" girl quartet opening shows for The Isaacs. She was battling a little jet lag yesterday as that’s a 17- or 18-hour flight to get there or back. 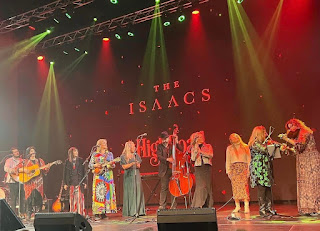 Just a good day at the musical office.

There’s actually an online Hall of Fame for “Yo Mama” jokes. Like this one. “Yo Mama is so dumb she got fired a M&M for throwing away all the “W’s”. I was reading through some of those this morning and laughing, and then remembered that a great poet-writer in this town Billy Henderson shared an idea with me at his kitchen table. “Yo Mama’s So Country”.  We wrote that, I recorded the song and put it on one of my albums. How country is “Yo Mama”?  Take a listen HERE and find out.

The BBC says that the COVID virus can stay on some groceries for days, after conducting a test. They also say the risk to consumers is very low. Remember when we were washing down and disinfecting all groceries when they came in the house?

Yet another research study just released claims that teenage brains aged faster during the pandemic from stress and anxiety.

Wow. One fifth of our population now is 65 or older. We be getting older. And surely stock has jumped for Botox treatments and pickleball equipment right?

Harrison Ford is back for one more Indiana Jones movie. Nope, he’s not that young actor that showed up in the first Indy movie “Raiders of the Lost Ark” which took the box office by storm. The whole series is fun. And if this trailer for the new one is any indication, this latest film “The Dial of Destiny” is going to be another fun ride. Even if Indiana is now a Senior citizen like so many of us. Looks like it will be in movie theaters on June 30 of 2023. Can’t wait.

Stole this joke from the Mullet Wrapper which is a local newspaper down in Gulf Shores, Alabama.

I’ve always wanted to lay naked on a bearskin rug in front of a fireplace. But evidently, Cracker Barrel has a policy against this.

Consumer Reports listed several items that sell for under $75 that they think would make great Christmas gifts. Curling irons, ear buds, sleep masks. But the one that made me go “what”? is the Crocs classic lined Clog.  Uh huh. Dear Santa, I’d rather have almost anything else please.

I might take this Santa. Check out this new board game called Lavanado. Tell me that doesn’t look addictive. Right up there with the Cracker Barrel golf tee game for me. 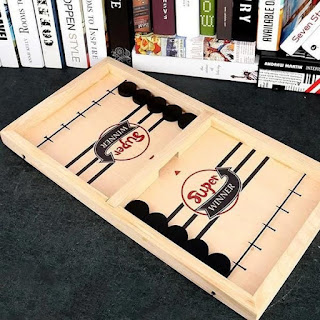 Toby commented about his battle with stomach cancer for the first time. He’s saying “so far, so good” after 6 months of chemo and radiation while at the same time he admits it’s been debilitating. Nothing easy about chemo. He’s a big tough Okie, so I’m hoping that’s going to help him pull through and get back on the road singing again. He’s of course cancelled all of his shows and he fights to recover.

I’ve interviewed Toby a few times in my radio career. Ask him a question and he’ll give you a very straight answer. My favorite experience with him came when I sat on his bus and talked to him before a show in Cincinnati one time. He was in a great mood, and we talked about some of those politically incorrect sometimes “blue” funny songs he’d written. He calls them “Bus Songs”. And he liked them enough that he recorded an album full of them with songs like “I’ll Never Smoke Weed With Willie Again” and this one “TheTaliban Song”. Get better Toby. 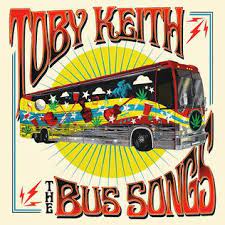 That would be comedian Jamie Foxx who multi-talented. Act, sing, stand up, AND great impressions. And his Donald Trump that he’s just rolled out is really funny. Check this out.

“Man’s Nose Bitten Off Arguing Over A Golf Game”. I’m telling you; one should never ever play golf with Mike Tyson.

I’ll be online writing this morning with my talented bluegrass friend Tim Stafford over in Knoxville.  Tim’s a great acoustic flat picking guitar son of a gun, as well as being a great songwriter and musical historian. And we’ve had a couple of our songs recorded already including this little marriage song “This Is Where You Kiss Me” by Kristy Cox. Here’s hoping a little of that kind of writing magic happens for us again this morning.