Happy Happy Turkey Day to All. It’s going to be 69 for high today!

On Thanksgiving Eve I had the pleasure of writing a new song with my friend Irene Kelley at my publishing company. And she came bearing this gift.

That’s Irene’s brand-new CD that’s SO good and I’m proud to have landed a song on this album that we wrote a couple of years ago, “Satan Get Behind Me”. Our mutual friends Darin and Brooke Aldridge stacked on some sterling harmony parts on the song as only they can do. Pretty nice early Christmas gift. 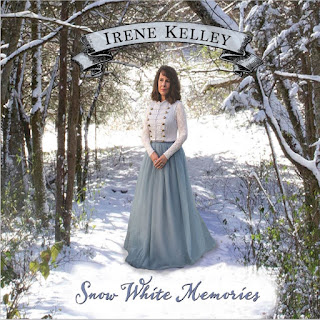 Irene is from Pennsylvania originally, was on a major record label for several years, and then transitioned into the bluegrass world. And the music more that fits her beautiful Appalachian voice as you can hear on the current single from her album “Come Some Winter Morning”. And…we did add a brand-new song to our catalog yesterday.

Folks were looking for something to do on Thanksgiving Eve. The proof of that came in the packed house I was looking at last night in a songwriters round hosted by a young, talented Taylon Hope that included me and veteran songwriter Bill Diluigi, and young Isaac Cole whom you may have seen on American Idol. 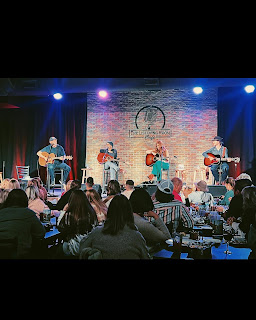 Young Isaac made me feel old when at one point during the show I mentioned 9/11 and he asked on stage if I had any idea how old he was on 9/11? He was one year old. Geez. Isaac also had a fox tail hanging off the back end of his guitar. I’d never seen that before, but it made for a lot of fun jokes on stage. 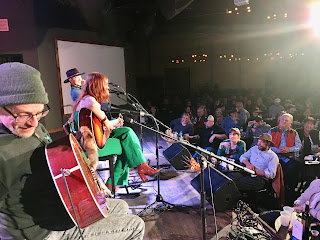 Thank you Taylon for asking me to be part of last night. Really a fun audience to play to.

Now the WHO and CDC are declaring measles to be a global imminent threat, with COVID to blame. Measles?

In a new study researchers claim the vaccine offers between 60 and 90% protection for those who have already had the virus once.

Meanwhile, Brazil has reinstated mandatory mask wearing on airplanes as they have an outbreak there.

Do folks still line up in the wee hours and rush the stores with elbows sharpened?  With online shopping you’d think that might be a thing of the past. And wouldn’t that take all of the fun out of Black Friday?

Which brings me to this Black Friday joke.

I was too lazy to go out shopping today, so to make it feel like Black Friday, I went ahead and punched a few family members.

And this is just fun. A guy on a massive church organplaying “Stayin’ Alive”.

And here's an embarrassing personal memory. When "Staying Alive" was rocking the country, I bought a John Travolta 3-piece suit. And our band played "Staying Alive" every night. At that time, once you played the first few notes of that disco song, the club would erupt. It was that hot. How hot I looked in that white 3-piece?  You'd have to ask someone who was there. But it just SEEMED like such a great idea at the time! And now you know.  (And let's just keep that to ourselves okay?)

In the best Thanksgiving movie of all time (in my humble movie opinion” “Planes, Trains, and Automobiles” actor John Candy adlibbed the line when he was that motel bed with Steve Martin. The infamous line, “Those aren’t pillows”!!!! I’m sure I’ll watch some of that on this Thanksgiving Day and laugh at that line again in a different way knowing that John just made that up on the spot. Plus, I’ll be watching to see how badly once again Steve Martin wants a rental car. 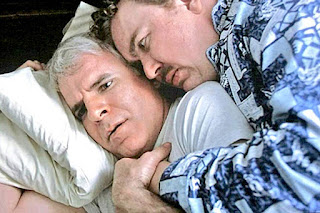 It’s going to be a very quiet Turkey Day here at the Whyte House. Traditional. Football, parades and counting blessings.

I’m thankful to be feeling well again after a battle with COVID, I’m thankful for my family and wife and daughter and son in law who won’t be able to join us today.

And I’m thankful to all the men and women who are serving our country and won’t make it to the Thanksgiving tables with their family so that the rest of us can enjoy this holiday. Thank you.

And Happy Thanksgiving to all of you.