Hello Thursday morning from Music City. High of 46, low of 27. Beats the heck out the 3 feet of snow they are calling for in Buffalo!

First and foremost my Wednesday was yet another day of getting more rest recovering from this little COVID battle. Never felt so danged tired all the time. But the good news is, I’ve turned the corner and I’m feeling much better this morning. Certainly I am not flat out miserable like I was for a few days and I’m thankful for that, and friends who have reached out, offered advice and good thoughts, and helped pull me through this danged thing so many of us have gone through, some more than once. No fun for sure. It’s amazing how a simple reach out from friends asking “how ya doing?” makes you feel a little better. And my wife has been my RN through it handing me stuff with a six-foot distance pole, so we try to keep her from catching it as well. So far so good.

I’m not one to share “woe is me” pictures on the social network. That’s just not me. Nor will you ever see a picture of me or me taking a picture of my loved ones or a selfie of myself in a hospital bed and posting it. Just not my style. So I’m sharing what I’m comfortable with here on my blog that a few of you check out.

I’m doing better. Thank goodness. And my thanks goes out to good medicine and good friends.

I swear, my friend Josh Shilling is on a mission to make me feel better too. Tuesday he sent me a note to let me know that our song “Once Again” is on a Grammy nominated album this go around for the great Del McCoury Band. 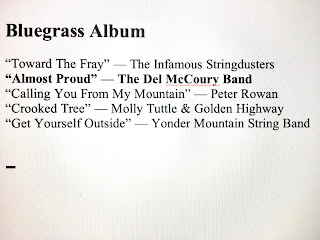 Then yesterday he texts to tell me a talented young bluegrass artist named Carley Arrowood is in studio recording a song we wrote called “Deeper in Love”. And then he sent me a great clip of the musicians in the studio, and Carley working on the song. You can’t really hear her vocals in this clip, but man can you hear the great musicianship. The song will be on her debut album for Mountain Heart Records, and we think there’s a fair chance that it could be Carley’s very first single release. Fingers crossed. But gosh our song sounds good in her hands.

Carley is a gifted fiddle player as well, and that’s her sawing on the fiddle on our song. Thank you for loving our tune Carley.

In came this great picture of the top country albums right now in Australia and the Kristy Cox album I have four songs on is sitting at the very top over some names you’ll recognize. Congrats Kristy Cox, and congrats to my co-writers on these four songs, Jerry Salley, Tim Stafford, and Kristy. Sitting on top Down Under! 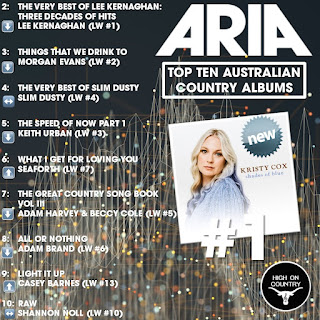 The publication Nature Medicine released an article that claims the more times one catches COVID, the higher your risk for severe symptoms.

Researcher Katherin Jensen believes that another pandemic is coming. This one based on influenza and that it is inevitable. There could be yet more new vaccines to try and combat that.

And then there’s this. Mexico plan to start vaccinating birds to prevent the spread of H5N1. Bird flu. Wonder if the sparrows will need to get booster shots too?

Ever get hung up in a long conversation that just would not end no matter how you tried to end it?  Maybe try what one woman does that I read about.

She’ll be hung up on one of those and will ring her own doorbell and then tell the caller, “Gotta run” and the conversation ends. So if you call me and you hear my doorbell ring?  Just saying.

I had a version of that going myself back when I played music with a band. You’d come off stage and sometimes you’d get cornered by patron, maybe drunk, maybe whatever that you could just not get away from. So the band worked out a deal where if any band member saw another band member scratch the back of their head, they would know to come over and say “hey, we need you for a minute”. And that would get us out of that situation. It worked.

FLY ME TO THE MOON

Frontier Airlines is offering up an “All You Can Fly” ticket for $599. A limited amount will be sold. It lasts for one year. I checked. It does fly out of Nashville. Might not be a bad Christmas present Santa, unless you’re willing to let me lease your sleigh every now and then.

Yep. That show is doing pretty well. It just garnered the largest non-sports audience of the year by attracting 12,493 million eyes to this seasons premier this past week. We’re going to be seeing horses, and ranches, and Montana scenery and train station visits for as long as they decide to keep filming it.

They are going to film a biopic on Judge Judy who was behind a bench for 25 years on TV. Who does she think should play her?  She wants it to be her friend Reese Witherspoon, who lives here in Nashville. We’ll see. 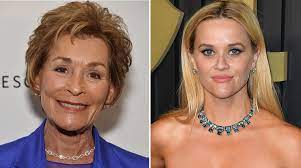 I had the pleasure, and I do mean pleasure of interviewing Judge Judy once. Gosh. She was quick on her feet, honest, and funny. Just like she was on her show. She dropped by a fund-raising effort I was part of years ago when I was on air for WMIL FM*106 radio in Milwaukee. I was in a remote broadcast unit on a hot parking lot, and she was in town for some reason. We were raising money for an entire week on air for the CAP Fund that I was a board member of. The Child Abuse Prevention Fund. Being on the board introduced me to the Milwaukee Brewer folks who were big supporters. Sal Bando, the great All Star third baseman for the World Championship Oakland A’s was on that board with his lovely wife as was owner Bud Selig and his daughter and others. 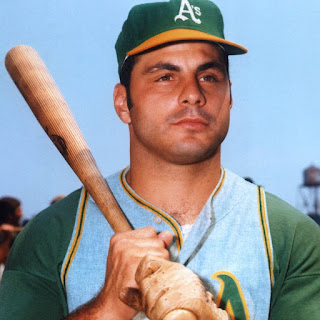 A driver brought her to our broadcast location, she got out, and just lit up my radio show for about 30 minutes. And she got a lot of folks to dig into their pockets and help support our cause. I could have talked to her all day. Can’t wait to see her biopic.

The newest Scrabble Dictionary will contain over 500 new words. So, when you lay your tiles down you can spell “adulting”. Or you can spell out “hangry”. It works here in the south. “Hey, I’m hangry! Can you fix me something to eat”?

Personally, if I ever play the game again, I want to spell “Zonkey”. Just like it sounds. It’s what you get when a Zebra and a Donkey mate. Why you would put a donkey and a zebra together like that is beyond me. I can only guess the donkey swiped right on Tindr. 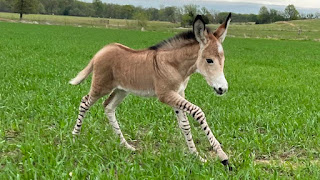