Thursday morning from the mid-south. We had a short intense storm roll through last night that knocked out our power for about 3 hours or more. Always a fun experience trying to read a book by candlelight again. Beautiful here today with a high of just 70.

While I was sitting in the dark I got a text with a couple of puns out of nowhere from an old college classmate of mine from Kansas City. Steve Shoot texted, “Did you hear about the chicken who can count his own eggs?  He’s a mathemachicken.  Uh huh.  Haven’t heard from “Shooter” in a long while and I get that on my phone.

And one more. Apparently there’s a herd of cattle drinking blood. They’ll be in a new movie called “The Vampire Dairies”.

If you get those kind of groaners, you have to pass them along. So you’re welcome.

I wrote a new song with Rick Lang and Troy Engle yesterday morning. The song came from an idea Rick sent to Troy and me that we both liked, and we got it into an up-tempo bluegrass mode, the kind they cut at Billy Blue where I write. But after our online write wrapped up, Troy played with it a bit, and slowed the tempo down and it sounded like a completely different song. So, he’s going to make a recording of the song in both styles, so we’ll essentially have two songs instead of one to pitch to only bluegrassers, but also to Americana and perhaps a mainstream country artist or two. It’s always fun to see where a song idea goes.

Got some cool news yesterday. Kristy Cox is on the Grammy ballot for her album “Shades of Blue”. I have four songs on that album including “Person of the Year” which is on the ballot for “Best American Roots Performance” AND “Best American Roots Song.” It’s got a long ways to go to have a chance of winning, but it’s always great news when you have a song on the Grammy ballot. Thank you for loving those songs Kristy…and good luck! 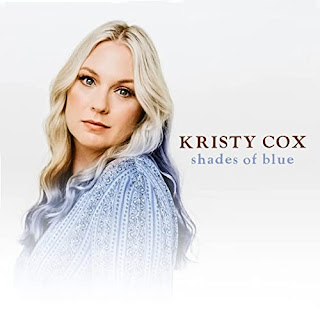 A new study reveals that one in 20 of us suffer from long-term COVID effects.

This might should have been worded a little differently for a more positive statement. From a US Health official. “Updated boosters SHOULD offer protection against the new variants.

Keeping a sense of humor about COVID came in this tweet. “People who are quarantining in jeans, what are you trying to prove”?

The stock market is hard to look at these days. Apple stock has dropped 23%. The new iPhone is getting a lot of the blame. BUT…Victoria Secret stock is up 3%. With inflation roaring maybe some folks can’t afford more than their undies to wear. Who knows?

Nashville has a short pet adoption program running right now that’s very creative. They’ve given a lot of their pets celebrity names. And you can adopt one with no fees as long as you sing a lyric from one of the pets celebrity names. Tim McGraw, Faith Hill, Shania Twain, and others are ready for a home.

Also here in Tennessee the outdoor experts are warning us to watch our steps if we’re out hiking. It’s baby copperhead season. Yikes. This is why God invented gyms I think.

There’s a new Christmas movie coming out this year with a spin on the old Dickens classic Christmas Carol. This version "Spirited"  includes actors Ryan Reynolds and Will Ferrell (ole Elf himself) and there’s dancing and a lot of “funny” in this version. And it does look good.  Check out the TRAILER. It’s on Apple+. 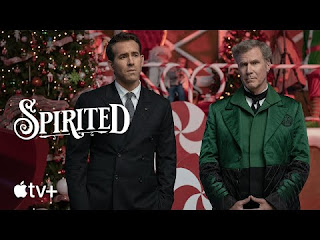 This also looks great. A new documentary “Johnny Cash The Redemption of an American Icon” will be in select theaters December 5-7 and cover the Man In Blacks spiritual journey he took late in life. The guy had “presence” like nobody else. Here’s that TRAILER. 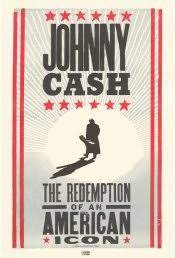 People are putting them up in their yards again. Some are crazy, some are hateful, some are head scratchers.

“I Didn’t Actually Call You Stupid, I Called You A Democrat”.

“Is It True Or Did You Hear That On Fox News”.

And here’s a funny stupid one somebody put in their yard.

“Internal Revenue Service. We’ve Got What It Takes To Take What You’ve Got”.

If I ever put a yard sign in my yard mine would read:

“Yard Signs Are What Woodchippers Were Made For”. 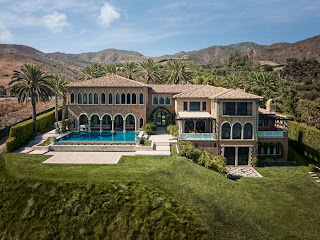 I’m off to write with two very talented young writers-artists-musicians. That would be Josh Shilling and Andrea Pearson. It will be the first time the three of us have written together and I’ll say this about their singing talent. I WON’T be the one singing our song today.