I played at Americanaville in the town of Livingston, TN for the second time last night. This time my Missouri buddy Wil Nance went with me, and we had a great time playing about 90 minutes for the folks that came and caught our little songwriter show. Wil brought his fiddle and played on a couple of my songs, and that was very fun. And I got to hear him sing some of his big hits like “She’s Everything” for Brad Paisley as well as a couple of new original songs I had not heard before. He did a couple of the four songs of his that George Strait recorded including this one, “Where Have I Been All My Life” that’s my favorite of the four.

Americanaville is a wonderful venue, and my thanks goes to Mark Houser and his girlfriend Tena Rogers who book the shows there and asked me to come back a second time. The two of them are working on a pilot TV show that’s really interesting. They take their cameras on the road to the hometowns of stars and interview them. And just last week they sat with Wayne Newton in his mansion just outside of Las Vegas. “Mr. Entertainer” is in his 80’s and still performing to sold out shows on the strip. Mark and Tena said he could not have been nicer, and he opened up and talked about his personal life and his years in showbiz. Can’t wait to see that.

Thanks to the two of them, and to the sound guys and the staff that took such great care of me and Wil last night. And thanks to all of you who paid for a ticket and came out.

October 5, I have a private corporate show at the Country Music Hall of Fame here in town.

October 8, I’ll be in Gulf Shores for a show with Brent Burns. We are about to confirm the venue for that one and will share the info soon.

October 9 in Mobile, Alabama for a comedy show with my friend Juanita Smith.

October 20-23 in Port St. Joe, Florida for the “Blast on the Bay” songwriters festival with “Hits & Grins”.

All the details for these shows and others are in the calendar section on my website.

The new booster shots are available. The CDC is saying even if you had the last booster, you need this one too.

The CDC folks are also expecting a Fall surge of COVID cases but believe the new booster shots will prevent serious illness.

Mask requirements for all international flights to Australia have now been dropped. That’s a long, long flight to have to wear a mask. Now that’s gone, as is more and more COVID restrictions.

It’s also time for flu shots. Our pro football team the Titans are offering free flu shots at their home opener this weekend.

I was part of what I thought was a clever radio promotion to help get folks their flu shots when I was doing the morning radio show in Milwaukee. We did a “live” show one morning from a local bar with the Nurses Association and offered up a free “beer and a shot”.  Any listener who came in and got a flu SHOT would also get a free beer from the bar. A lot of folks showed up early in the morning.

How about this bad boy. You can rent a floating hot tub in Seattle and soak with a view of the Seattle skyline. 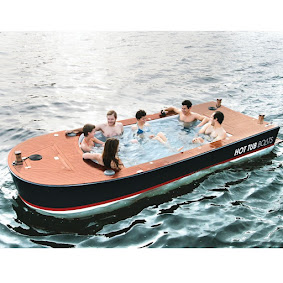 Here in Nashville we have those peddle taverns where the tourists peddle themselves down Lower Broadway shouting and screaming and drinking. 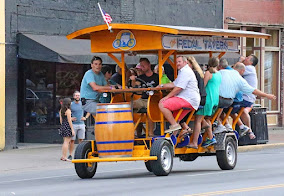 It looks like Major League Baseball will install a pitch clock for 2023 AND get rid of the “shift” which I hate. In fact, I’m in favor of both changes. The pitcher will have 20 seconds between pitches to be in a throwing motion. And no longer will they be allowed to pull all the infield players over to one side of the field. They’re already doing both in the minors, now the majors will follow suit. The shift has eliminated a lot of base hits. Last time I checked, fans would rather see more hits, not less. Me included. 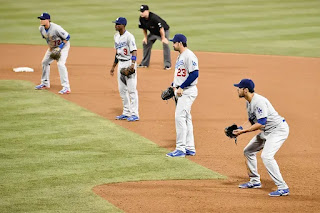 And if they could somehow abolish folks doing the “wave” …I’d be in favor of that too.

“Naked Carpenter Has Been Jailed Again Just Hours After Being Released.” Don’t ask me. I don’t like to be near a jig saw even if I had all my clothes on.

Not a lot today and for the weekend. College Football has started, and the NFL began its season last night when the Bills blew out the defending Super Bowl Champion Rams. So I see a couch with my name on it this weekend.

And I’ll be working ahead a bit as my friend Brent Burns will be here Monday to finish up this next album. We’ll be in studio for a long couple of days, but that’s always a fun long day.

And I’ll certainly be thinking about that day we should never forget. 9/11 is this Sunday. I was on the radio. WSM-FM that morning and would up being on the air covering the event for something like 10 hours. Hard to forget something like that. And we shouldn’t…ever. 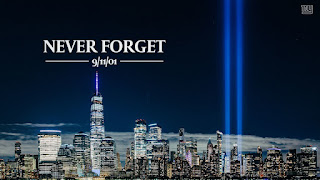 Have yourself a great weekend!