Tuesday morning in Nashville. Getting ready to spend some time in a recording studio today. 76 the high today, and 69 the high tomorrow!

I wrote for the first time with Thomm Jutz on Music Row in an office he has there that’s part of the old Columbia Studio A Building as well as the infamous Quonset Hut where so many hits were recorded. He showed me where Patsy Cline stood in the Quonset Hut when she sang songs like “Crazy” and her other big hits. The building has changed appearance wise, but the studio is still in operation. I saw a pencil drawing that the engineer drew showing where the grand piano, every instrument, every microphone was placed the day Charlie Rich recorded “Behind Closed Doors”. And in the Columbia studio where Elvis, The Byrd’s, Sinatra, Simon, and Garfunkel and all made records. 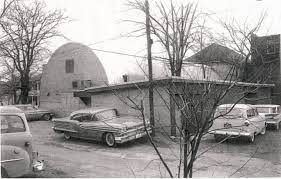 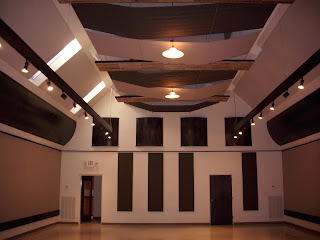 Thomm, besides being a great songwriter and guitarist himself also teaches songwriting for Belmont University here. Yes, they have a diploma for that. And the Belmont students are privileged to learn their craft, play, and record in these historical studios today. Pretty cool. No, WAY cool.

And on top of that he traveled and played guitar for Nanci Griffith as well as spending time with John Prine. Some kind of musical pedigree there.

So it was our first-time writing. And I brought a chorus with me that Thomm liked, and we jumped on that. Now, my friend Irene Kelley who’s written with Thomm and has recorded some of those collaborations told me that Thomm is quick writer. Usually, I’m the fastest writer in the room for the most part, but not yesterday. Thomm kicked out the verses this song needed and added a twist I would not have thought of, and we were out of the building about as quickly as I’ve ever been in a writing session. And I absolutely love the song.

So I got to soak up some history, sat with a teacher, and create something new all in one day. Have I mentioned how blessed my life is?

Mandatory evacuation for all of Tampa was ordered yesterday. Wow. That will get your attention. Yesterday I saw one track suggesting 140 mph winds. This morning that’s down a bit to 110 and it’s a Cat 3 at the moment. But that may ramp up as some models are showing it could reach Cat 4 category before it comes ashore.

The hurricanes themselves are bad bad boys, but it’s the flooding, rain and water that comes with it that may be even worse. 15 inches of rain may hit the area with high surges of water. You can see why folks are leaving in some areas. An article in the Tampa Bay Times describes it as “Hurricane Ian, a potential historic catastrophe.” The airport there has been shut down today. Just hoping for the best for everyone concerned in that region.

I sat through a tropical storm one time, and that was enough to convince me that I would never be on to throw a hurricane party and try to ride it out.

It’s looking like Ian will avoid the Panhandle where I’ll be playing over the next few weeks.  Next Friday night October 7 I’ll be at the Sunset Cork Room in Gulf Shores for a 7 pm show with Brent Burns. $10 cover charge

Then Sunday October 9 I’m back at the Peoples Room in Mobile with my funny friend Juanita Smith for a 6 pm show. Our third time performing together in this great listening room. 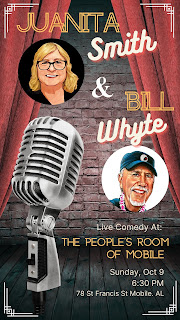 Hoping to see some old friends down on the coast.

Some of the medical experts expect a big flu flare up this Fall to go along with COVID. And of course they’ve given that a name. “Twindemic”. Just what we need.

From November of 2019 to November of 2021, so many people were working from home that it drove up the price of housing, according to some in the know. 60% of us worked from home during the pandemic.

England saw it’s COVID cases jump up 30% last week. History shows us that what happens in

England gets to us about 30 days later.

In the sun belt states, realtors saw 64% of all housing contracts get cancelled in August. Mortgage rates are high. Folks are returning to offices to work. The price of everything is up. Stock market is down. Sometimes we don’t need a Dave Ramsey to figure out why do we?

Hey, it’s National Coffee Day this Thursday. Dunkin Donuts will give us a free cup of we go in. Several other coffee places will be participating too. I’m a Dunkin Donut coffee kind of guy. I did their commercials “live” on air for a year or so when I was in Cincinnati endorsing them. One of the “perks” literally was getting a lot of free coffee from Dunkin. The worst part about going into a Dunkin’s for me is I have no self-control. I find it IMPOSSIBLE to not order some donuts when I go in for java. Sigh. I sound just like this guy when I walk in and see the tray loaded with donut selections.

And with all of that…here’s my “Good Cup of Coffee” song “live” that I performed in front of a musical gathering a few years ago. Enjoy.

This one reads. “Remember What The Valet Who Parked Your Car Looks Like Because We Have No Valet Parking”.

Now, if we can figure a way to crash something into hurricanes that would eliminate those, that too would rock.

We do have one here in Music City. I’m not sure how many folks know that. The Hollywood Walk is noted, Nashville? I’m not sure. But it is cool. Located directly across from our beautiful Country Music Hall of Fame and Museum (where I’ll be playing a private show next week) it’s worth checking out. And next month, legendary songwriter John Prine and Patsy Cline will have their names in cement as well. More than deserved. 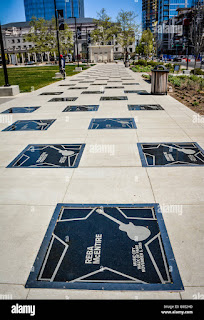 Some deals are available again this Fall from the airlines. $300 roundtrip to London! Might be time to go get some Fish and Chips.

I’m in studio today recording a couple of songs I wrote with Andrea Pearson into a “demo” (demonstration recording” so that we can then pitch it to artists looking for songs. Then this evening I’ll be at the Nashville Sounds baseball game taking in my last game of the regular season for the minor league team. Although, it looks like our AAA team is in the playoffs so maybe a little extra baseball before they shut the place down until next summer. Hoping!