Thursday morning coming up. A cool one today in Music City. Cool and 45 degrees this morning as I begin this blog. 75 for the high in Nashville.

I wrote with Jenny Tolman yesterday morning at her house. Her husband Dave Brainard who normally writes with us had a studio session playing guitar for Lee Brice, so it was just me and Jenny and the little baby that she’s carrying due Christmas time. So, the two of decided to go down the fun and quirky road together and wrote something in that mindset that was fun putting together. Jenny has that side to her that I like, and if you’ve ever listened to her music, you’ll hear that. Like in the song “That’s How I Got MarriedIn A Honkytonk” that she and Dave and I wrote, and she released as a single this past year.

She’s a busy girl with a baby boy coming in December and she’s still in studio, writing and doing shows. In fact, she and Dave and me and our friend Steve Dean will play a corporate show next Wednesday evening with a very special surprise guest for those corporate folks and then the next morning she and her husband will be on a plane to Jackson Hole for a 3-Day festival with Jenny’s name on it featuring an all-girl cast that’ will be very cool out there in the mountains where she and Dave got engaged and then later married. 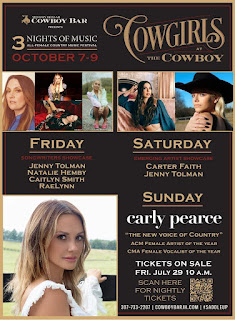 At the same time Jenny’s getting on a plane next Thursday I’ll be on I-65 South to Gulf Shores to play a Friday night show there with Brent Burns and then a Sunday night show in Mobile with Juanita Smith. So we’re both busy, so days like yesterday are great to catch up on life and creating new stuff.

Scott Southworth is the artist who released the single “Country No Matter What Country” (you’re in) this week, a song we wrote together. 7 country artists from 7 countries all singing on this song. The very next day after it was released, we got this good news on the song from this small independent chart. Making a little noise early.

And if you haven’t heard the song yet…here it is. 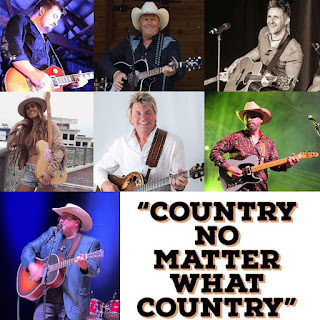 Over 2.5 million with no power in Florida this. After thinking Tampa would be in the eye of Iona, it actually came ashore more southwest in the sunshine state. And this morning it’s only a tropical storm. That doesn’t mean there wasn’t damage done because there was. Lee County, Florida is reporting hundreds of deaths of folks who did not leave. 155 mph winds came ashore. The water surge in some places they say drove sharks onto the mainland. Nobody wants that. And Jim Cantore was very lucky to miss being struck bylightning after doing his thing in the middle of it all. I’m just very glad it wasn’t worse for a lot of my friends down there, including some family, a brother and sister-in-law who live in central Florida.

They say Floridians can judge when a hurricane is coming and how bad it could be by checking to see if their Waffle House was closed or not. They stay open 24-7. But several did close and brace the doors in the Fort Meyers region of Florida for Ian. And if you’re asking, “Bill, do you have a Waffle House song?”  Well of course. It’s called “Midnight At Waffle House” that Brent Burns and I wrote that’s on one of his albums “70 and Partly Funny”. Click the link to listen. Pretty funny if the two of us do say so. 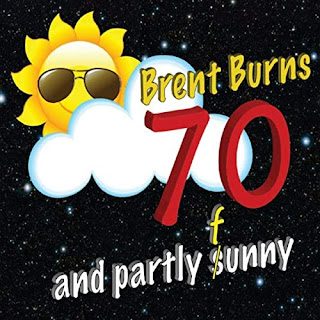 Because it did not come ashore in the Tampa area or panhandle, that means none of my upcoming beach tour with stops in Gulf Shores, Mobile, Port St. Joe, Sarasota and Key West will be affected. All the shows you can find on my calendar in that region are a go.

But man, what a reminder once again of how deadly mother nature can be.

Pfizer is paying $120 million for an app they say that will tell us if we have COVID by our cough. Yep, they got an app for that.

Shania Twain revealed in an interview that her bout with COVID was very tough. Breathing was a big issue for her, and she worried about singing again. This after dealing with voice surgery before. She made it through and is making a bit of a comeback now playing Vegas and releasing her first newsong in a while.

You might be addicted to football if you’re this guy who admitted, “My girlfriend split up with me because I was obsessed with football. We had been dating for three seasons.”

The king of the parrot heads Jimmy Buffett was hospitalized. No word on what’s going on as of yet, but enough is going on that he cancelled the rest of his tour this year to rest up per doctors’ orders. Get better Jimmy.

I’m a big fan. I’ve had the pleasure of interviewing him a few times on the radio and being around him just a little.

A friend of mine put me on to Jimmy many years ago. I’d heard of him but had not really listened a lot to his music. I was familiar with one of his rare radio hits “Come Monday” but that was about it. When my friend found out he said, “You have GOT to listen to these” and handed me Jimmy’s first three albums which was his entire catalog at the time. So I took them home and that night I sat cross legged on the living room floor with headphones plugged into one of those long wood stereo system entertainment centers and was swept away to the ocean. I’ve been hooked ever since that evening on his musical form of escapism that launched and parrot head empire.

I can vividly remember some of the songs that mesmerized me that night. “He Went To Paris”, “Pencil Thin Mustache” and in particular “PirateLooks at 40” which is still my favorite song of Jimmy’s.

How big a fan?  Well, the only vinyl album I ever recorded is titled “Making Music” comes from a Jimmy Buffet song “Making Music For Money”.

Cracker Barrel is saying they are seeing less customers 65 and older. Inflation is to blame. Higher gas prices. Seniors are watching their dollar and not sitting on their porches in rocking chairs playing those giant checker games. You know times are tough when there are less orders for the “Uncle Herschel” breakfast.

Aaron Judge finally hit HR 61 last night as a Yankee tying the Yankee record with the Roger Maris family attending and giving their blessing. Some kind of baseball feat. Some baseball purists will view him as the all-time home run champ because of steroid use by Mark McGuire, Barry Bonds and Sammy Sosa. I’m kind of in that camp myself. And by all accounts, he seems like a really nice young man too. He gave his home run ball to his Mom.  AND he’ll be a free agent next year. Imagine how big that check is going to be.

Speaking of baseball. Get this. A Mark Zuckerberg signed little league baseball card just sold at auction for $120,000. A geek on a card. 120 grand. Wonder why they didn’t have it up on Marketplace? 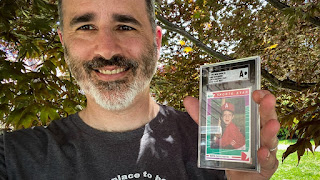 Some kind of viral marketing deal here. The horror movie Smile is having scary folks sit in seats behind home plate to promote the movie. Remember the guy who was always on camera wearing that rainbow wig with a John 3:16 T-shirt on behind home plate?

These folks are scarier. 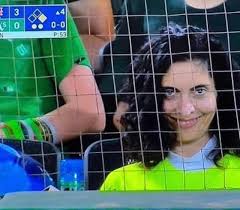 Don’t forget today is National Coffee Day. Free coffee in places like Dunkin’ Donuts. Good timing another study came out saying drinking coffee lowers the risk of heart problems and early death. Especially if the coffee is ground and caffeinated. So I’ll be doing my part to take care of my heart today

Nothing musical or big today. Just a catch-up day with some cool weather that I may have to get out into a bit and enjoy.