Thursday morning has showed up. After being up to 99 yesterday in Nashville, the 84 high predicted for today is going to feel great.

And after having a very calm hurricane season, folks on the coast are looking at Fiona being upgraded to a category 4 storm after gaining strength as well as keeping their eyes on 3 brand new disturbances forming out in the Atlantic. One of those has been deemed a “significant threat” that could target the panhandle of Florida in a week or so which is where I’m headed for some shows. One hurricane expert is saying it could be a “monster”. Great.  So my eyes are on those too. Go away!

Wednesday was pretty much a free day to catch up on stuff, but last night my wife and I went to see a tribute to George Jones and Tammy Wynette that our talented young friend Lauren Mascitti hosted. Full band, and she invited several guests to sing their favorite George Jones song, Tammy Wynette song, or perform a duet hit from Tammy and George. Really fun hearing all those great songs again. 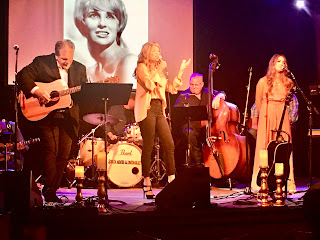 My friends Lang Scott & Linda Davis participated. Lang sang George’s “Bartender Blues”, Linda sang “Apartment #9” and then they brought out Rudy Gatlin of the Gatlin Brothers who was a surprise guest to sing harmony with them on Jones-Wynette duet “Golden Rings” that had the entire crowd singing along. 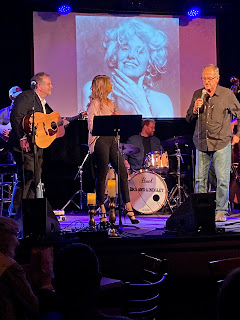 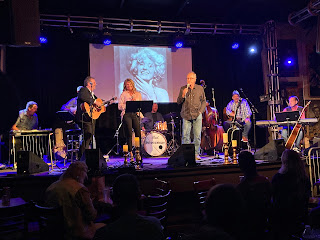 And last night was a reminder once again about what a great talent Lauren Mascitti is. Every singer that was on stage last night took time to praise her talent and all of us agree, it’s just a matter of time until something big happens for her. All you have to do is see and hear her sing one time and you’ll know what I’m talking about. 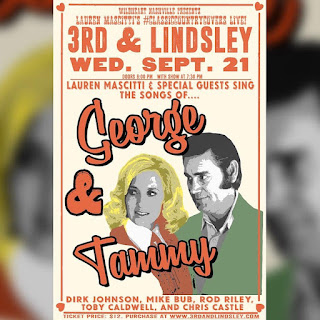 Now COVID has a rap. Or, it has a guy who rapped about COVIDat a city council meeting in Arizona while wearing a T-shirt that reads, “In Fauci We Trust”. You can’t make stuff like that up folks.

The CDC says it expects boosters for children to be available by mid-October.

Disease experts have concluded that Covid in their estimation will be a leading cause of death in the U.S. indefinitely, whether or not the pandemic is over.

The fed rates went UP again. Gas prices went UP for the first time in 100 days. $3.68 is the national average. While that was going on, the stock market went DOWN…again. Talk about the opposite of what we want to see.

And then there’s this sign of inflation. Someone just listed a single-wide trailer in the ritzy playground part of New York for 1.6 MILLION dollars. I can only hope that whoever lays down that kind of cash for modular living will be “Trailer Park Sexy”. 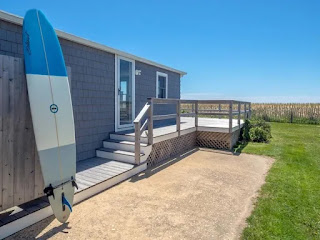 I know a few things about mobile home living. My first radio station was housed in a single wide trailer. My first college apartment was a half-wife mobile home. (true) And then I moved up into a double-wide for a bit with a cornfield view. Tell me I’m not country!  So with all that experience? I know I not dropping a MILLION bucks on a single wide.

How about this new study that suggests if you drink 4 cups of tea per day it lessen your chance of having diabetes? Less heart disease and strokes too. Wow. Folks in England are raising their teacups today.

Travel and Leisure voted for Yellowstone National Park as THE best park in the U.S. Hard to argue with that. That park is now 150 years old and it’s still a place that should be on everyone’s bucket list to see at least once. Don’t get out of your car though and try to pet a buffalo though. That goes badly for tourists.

My brother Gary and his wife Kay had the pleasure of traveling in a motorhome and getting to see a whole lot of our national parks. And man we have some. I’ve not seen nearly as many as they have, but I’ve seen several. I’d probably pick Yellowstone as my favorite too, but I never get tired of seeing the Grand Canyon so that would be at the top of my list. Too. 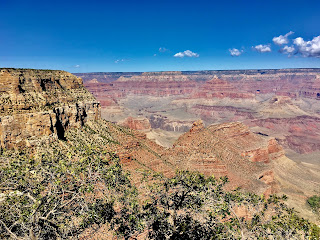 I had no idea there was a publication called “Garden & Gun”.  There is. Quite the combo there. For the life of me I could not understand how those two worked together for a publication. But then I saw an article titled “Baby Copperhead Season Is In Full Swing” and understood. If you don’t want a snake in your garden?  A Remington might come in handy.

J.D. Power just listed the top 5 airports in the country based on customer satisfaction.

I do remember having a pretty good layover for an overseas trip in the Minneapolis Airport and thinking how cool that airport was. Heck, Mary Tyler Moore, and Rhoda checked our bags!  Okay…maybe not. But it is a great airport to be stuck in.

Somebody is VERY serious about you not smoking in their place. The put up this sign in their building.

“NO smoking. Anyone Caught Smoking On The Premises Will Be Hung By Their Toenails And Pummeled Into Subconsciousness With A Wet Carp”. Wow. Don’t smoke folks.

And I had no idea there were and DRY carps anywhere.

Back at the writing table with my Aussie friend Katrina Burgoyne this morning as we try to finish up a fun idea, we started a few weeks ago. 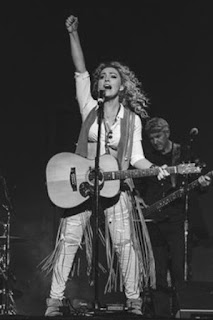