Middle of the week…Wednesday in Nashville. 83 for a high today.

Spent a very full day in studio with Brent Burns and a group of talented musicians laying down the last 5 songs going on the newest Brent Burns album that will be released late October or early November we think. It’s just a pleasure to watch talented folks do their thing in studio. The songs all turned out great. 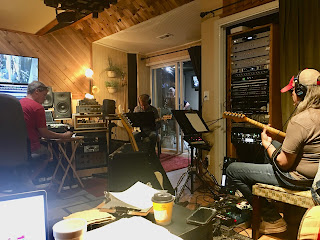 Lot Of Beaches To Go

Those are 4 new songs on the album and Brent re-recorded a song that got him on the Paul Harvey, Mike Douglas, Real People and Hee Haw shows nationally when he was young called “Cheaper Crude” that was about the price of gas back in the day. And the price was an exorbitant $1.50 per gallon.

The title of the new album is still to be decided, but it’s a very fun album that a lot of Brent’s Trop Rock fans will be adding to their collection soon. 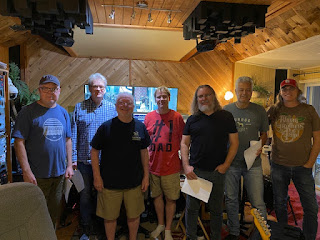 Brent and I attended a celebration of life for the founder of the "Daddy of Them All" Songwriter Festivals Joe Gilchrist who was the driving force behind the success of the yearly Frank Brown Songwriters Festival in Gulf Shores-Orange Beach. The room was filled with some of Nashville’s best songwriters paying tribute to a man who had a true passion for original music and songwriters and went out of his way to help so many of them through the years. So many of us appreciate your kindness Mr. Gilchrist. RIP.

I saw my friend Jerry Salley last night who is putting the finishing touches on a new album for Alex Miller, the big Kentucky kid who made an impression on American Idol, and the same kid who’s first song on Billy Blue Records was “Don’t Let The Barn Door Hit Ya” that I wrote with Paul Bogart and Dan Wilson.

While Jerry and I were talking, in walked Alex who shared that they had just recorded a song that I wrote with Alex and my buddy Josh Shilling. And both were talking about how great the song sounded in studio yesterday. Can’t wait to hear that. Thank you, Josh, and Jerry, for cutting the song!

Hong Kong will now allow travelers who test positive to quarantine in their hotel room and not be shipped off to a quarantine hotel or facility as they’ve been doing. That had to feel like they were being bussed off to a prison camp.

This was a bit of a startling statistic to read this morning. The U.S. has 4.25% of the world’s population. But it has 16% of the deaths worldwide from COVID-19.

Word is that the newest COVID variant known as BA.4.6 is now spreading in Britain after arriving here in America first.

So you’re traveling a lot. You stay in hotels a lot and you’d like to cook chicken in your room?  You can do that. Heck, and you can do the same thing with a steak. Check this out.  Pretty cool. Now I’m hoping we can get those chicken and steak pods for my Keurig. Pop in a pod, out pops a hen or a filet mignon.

Yesterday the President celebrated the lowering of inflation act he passed WHILE the stock market crashed something like 1200 points. A stomach wrenching drop as inflation numbers SOARED in August. I think today’s generation labels that as “bad optics”. You would think maybe an adviser would whisper in his ear, “uh, maybe we should do this another day Mr. President.” Inflation is up 13% since he took office. Bad timing is everything.

SPEAKING OF ILL THOUGHT OUT

A Veterans care home in China issued an apology after hiring a stripper to come in and put on a show for some of its senior citizens in wheelchairs. Must have sounded like a great idea when they brainstormed that in a meeting.

The woman who wrote this has obviously been married a long while. She wrote, “Shortly before our 25th wedding anniversary, my husband sent 25-long stemmed yellow roses to me at my office.

A few days later, I plucked all the petals and dried them. On the night of our anniversary, I spread the petals over the bed and lay on top of them, wearing only a negligee.

As I’d hoped, I got a reaction from my husband.

When he saw me, he shouted, “Are those potato chips”?

While the stock market crashed, Starbucks announced it will open 2,000 new stores by 2025. No matter what the economy does, we are not giving up our Starbucks ice latte, six shot, half-caf, two pump sugar free cinnamon dolce, with a shot of vanilla and a splash of 1% milk.

While inflation is raging, new statistics show that tourists are now dropping 20 MILLION per day in Nashville when they visit and stay out all night in the honkytonks and ride pedal taverns up and down the street.  Nope. No inflation is Music City.

Doctor Pulls Off Likely The World’s First Electric Powered Car Vasectomy. (Some guys will do anything to avoid having to buy a minivan)

I’m headed to a taping of the syndicated country radio show Big D and Bubba where Brent is going to be their special guest this morning. Then it’s back to the studio for Brent to record more vocals on the new songs we recorded yesterday before getting him on a plane back home to Gulf Shores. Been a fun, creative couple of days. 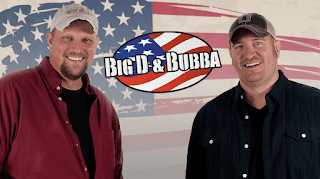