Monday Monday….and the heat is rolling in. 93 today and we will hit almost 100 degrees this Wednesday! Isn’t Fall is September 22?!

Mine started early, Friday morning with Andrea Pearson & Steve Dean at Steve’s house. Andrea brought a cool melody with her and her guitar that allowed some cool lyrics to start spilling out. And in short order, we had a new song to add to the catalogs. My friend Steve has a bunch of #1 songs plaques hanging on his studio walls that’s inspiring, and it’s a wonderful thing to have someone who sings as well as Andrea does singing the new song in the writing room. I couldn’t be happier with the way this new one turned out. 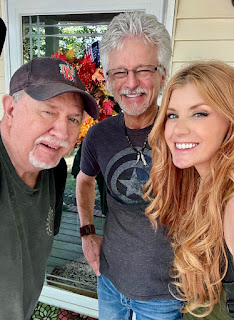 I did catch a little of this Friday night. The Sounds played the Jumbo Shrimp. How can you not go see a baseball team with the name of Jumbo Shrimp? Hard to believe the minor league baseball season wraps up this month. 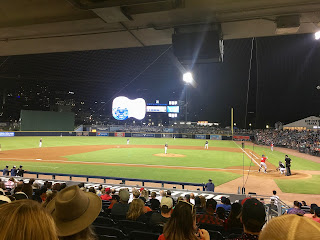 Congratulations to our daughter Heather and especially to her husband and our son in law Casey Peterson. On very short notice Casey had a chance to go for a commercial pilot’s license. He is already a pilot for the Army, but with some extra schooling he added a commercial pilots license to his resume’. That means he can pretty much fly for anyone he wants to in the future, teach flying or more. We had no doubt he would pass, but we were waiting for the call that came through last night letting us know that he not only passed, but pretty much amazed his flight instructor because of the short amount of time he had to study, fly, and pass. We’re pretty proud parents today. 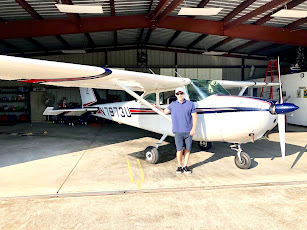 I did add another show to the calendar with my friend Brent Burns. The two of will be having fun on the stage at the Sunset Cork Room in Gulf Shores starting at 7 pm October 7. The Cork Room is a great listening venue-restaurant (awesome food and wine) and we’re looking forward to playing there. Thank you, Nina, for having the two of us. Tickets are $10 that evening and they could go fast, so get yours early. See you on the beach. 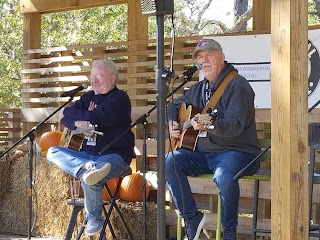 I got this little musical gift in the mail from Australia this weekend from TC Cassidy. This is the cover of her first CD in something like 30 years and I’m pleased to have two songs on it that TC told me were in her top 4 of all the songs on this project. My young friend Angus Gill, also in Australia did such a great job producing this project and I’m thrilled for the success both are having. Thanks for having me, guys. 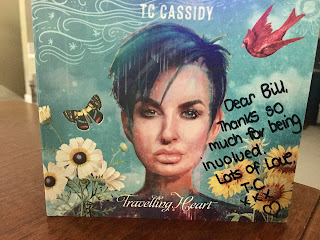 The new Scott Southworth single coming out in a few days is titled “That’s Country, No Matter What Country” that was born from an idea I brought to him in a writing session a few years ago. Scott, who plays overseas a bit, incorporated these 7 different country singers, from 7 different companies who are singing with him on this song which is just way cool. Can’t wait to share the song with you in a few days. But thank you Scott for the recording the song, and for the extra idea of incorporating some of your friends from across the pond on this. 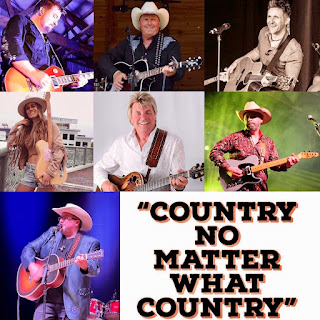 I want to say get well to my friend Lynn Marie, the Polka Queen. A few days ago she fell off a stage while doing her thing with the accordion and broke both arms. She’s resting and doing well but dang!  Lynn recorded a polka song I helped her write a couple of years ago “Celebrate” that was great fun writing. And I’ve known her for years.  Get better Lynn.

And if you want at laugh this morning, check out this videotaken in Nashville when Lynn was on stage at 3rd and Lindsley one night with the highly acclaimed Time Jumpers Band and sang her song “That’s What I Like About The North”. Watch her crack up the crowd and the band that included Vince Gill.

President Biden on 60 Minutes last night proclaimed the pandemic is over.

This headline kind of says it all this morning in the New York Times. “New Covid Boosters Are Here. Will Anyone Even Bother”?

As if the crocodiles and gators and python snakes weren’t enough to worry about in Florida, Miami is now dealing with a large population of large iguanas roaming around in towns. They’ve tried trapping and that’s not working. They may start allowing citizens to hunt them. The budget for Iguana removal went from $50,000 per year to $200,000. I see Miami folks in blaze orange with an Elmer Fudd gun taking iguana matters into their own hands. 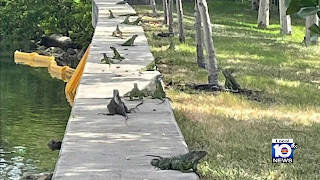 This motor home is so danged big they don’t even call it a motorhome. They call it a Super Yacht. Uh huh. Complete with a heliport on the roof, a sauna, a 75- inch TV and a full-size master bedroom. You can drive it off the yacht lot for 2.2 million bucks. Oh, and they’re not really advertising how many miles per gallon this Furrion gets. 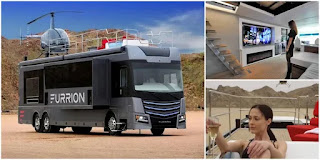 “I know several jokes in sign language. I guarantee nobody has heard them”. Don’t know who wrote that, but it’s pretty funny.

I’m online writing with two bluegrass writers today. Rick Lang will be home in Maryland, and Troy Engle will be home in Pennsylvania. And I’ll be here in Music City. It still amazes me that technology allows us to rhyme together like this.