First weekend of August is just ahead. 88 for the high, and we have a chance of getting some needed rain today in Nashville. We don’t want the rain that Kentucky, Vegas, or Orlando had where Disney World got flooded, but we could use some precipitation here in middle Tennessee.

I had a little business meeting at my publishing company Billy Blue. Mostly touching base and talking about some new songs I’m a part of. We’ll be in studio soon to record a couple of those as “demos” so we can pitch them to artists. It’s always amazing to me how great the demos sound when they come back from a group of talented “on call” folks we have at our disposal. Singers, players, producers, and we have a couple of folks who can do it all. Play every instrument, sing, do the harmonies and produce the danged thing. Amazing. Looking forward to hearing these new ones when they’re done.

It looks like I’ll have a stop near Sarasota, Florida on October 29 as I work my way down to Key West for the big Parrot Head gathering “Meetingof the Minds” this October. My friend Donny Brewer leads a “Karavan” of motorhomes down there with several stops along the way, and each stop has a concert with Trop Rock singers. More details coming on this one, but it will be in a campground near Sarasota, and I’ll be joining some other Trop Rock singers for the concert there. 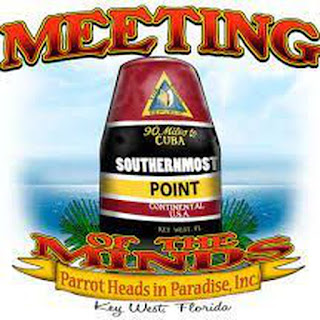 The U.S. has now declared the spread of monkeypox as a national health emergency. If it ain’t one virus…it’s another.

Dr. Fauci laid down yet another ominous warning saying, “Get those COVID vaccines now or you’re going to be in trouble.” He’s predicting a surge in the Fall. For the record, nearly 80% of Americans got one shot. 2/3rds got a second shot, but only less than half got the booster and are fully vaccinated.

Meanwhile, a new health study in Britain reveals that a common side effect for those getting the vaccine is diarrhea. 1 of 3 experienced that during Alpha, 1 in 5 from Omicron.

Yesterday I blogged about how more and more gators are attacking folks. And the most gators of course are in Florida. There’s help on the way, I THINK. That’s because pythons are now eating gators!  Pick your eater. Geez. There are gator hunters AND snake hunters in Florida. They’re going to be busy.

Tell me this sign doesn’t make you laugh AND think a bit. My friend Teresa Bailey put this on her Facebook page and it caught my attention for sure. 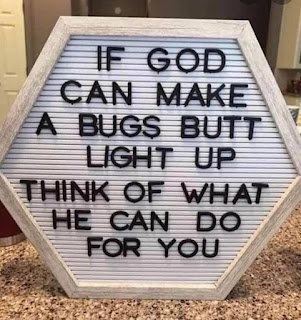 The car companies profit dipped 42% in the first quarter his year. They dropped 30% last year. They can’t get cars in. Chain supply issues still, no chips. Yep, I've lived with Toyota. We waited almost a year to get a new RAV4 and the experience was far from fun. And the demand for used ones is through the roof. For those that find one, they'll find prices have been jacked up because of demand. I'm putting my old RAV4 up for sale in a few days. I'm betting it won't take long to movie it.

Ask Olympic Gold Medal star Brittney Griner who got sentenced to 9 years in prison with a fine yesterday in Russia after she got caught with drugs over there. Hard core in Russia. The U.S. tends to look the other way a bit when it comes to marijuana and drugs, but she was not in the U.S. A prisoner swap is likely to get her back in America, but It’s a red flag warning for anyone else traveling to a foreign country. As a rule, don’t do drugs, don’t vape, don’t be stupid when you’re on someone else’s soil.

This Monday will be the 25th Anniversary of the Garth Brooks concert in Central Park in New York. He’s doing a show on his “G” channel about that this Sunday. His fans called the event, “Garthstock”. There were a ton of people. I should know. I was there and covered it. 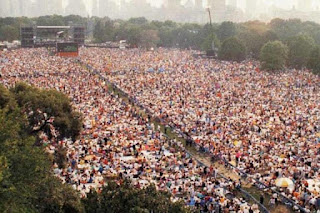 The radio station I was working at in Milwaukee sent me and my radio partner to cover the event. A lot of country radio stations did that. We broadcast from a suite on top of a hotel in New York for a couple of days leading up to the event. It was my first ever trip to the Big Apple, and it was the first time I saw a rat. We were broadcasting in a big empty suite when one ran across the back wall. I said on air, “Welcome to New York.”

SO WHERE WAS I?

I didn’t attend the event itself. Too big a crowd to mess with. We did see the immense stage and the set up and the big empty field that would later be full of Garth fans yelling and screaming. So instead of standing the field for a few hours, we chose to go with some of Garths’ record label folks to a private dinner at an authentic New York Italian restaurant and watch it on TV in that restaurant. It was a VERY New York kind of wait staff. Dinner, wine, and Garth was on the TV. Now, here’s what I remember the MOST that still makes me laugh 25 years later.

The wait staff could have cared less that Garth Brooks was singing on the TV. The paid ZERO attention to it. BUT, when Garth announced that Billy Joel was there, and then got him up to sing New York State ofMind?  The wait staff erupted into cheers, “Billlllly!”  It was funny, and surreal. Billy is one of their own. A cowboy from Oklahoma?  Not so much 25 years ago! 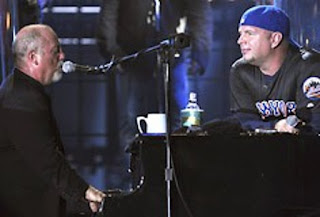 Lots of reports of delays and you name it at airports these days. The airline staff shortage is partly to blame, and the shortage of pilots who have been pushed hard to fly lots of hours while tired is bringing about calls to raise the retirement age for pilots. Age is one thing. Hopefully they can put a younger pilot in the co-seat in case Father Time would show up and cause a health disaster in the air. But it’s the fatigue factor that’s concerning the most, at least to me. If they can COVID test everybody with a stick, I’d like a stick that can “fatigue test” the person flying my plane. Can I get an Amen?

Yep, they’re trying new things. At least the huge airport in Dallas DFW is. In the near future if you’re in that mammoth building, you’ll be able to sit at your gate, order food on your app, and a robot will deliver it to you. Wonder if one will deliver a cot in the vent my flights get cancelled? 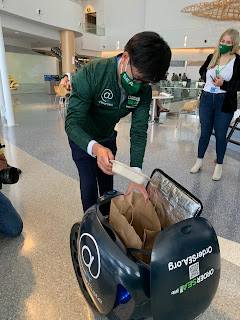 I’m off to write with the “Georgia Quacker” Gerald Smith this morning. Then my weekend is free, and I’ll enjoy that as next week is going to be extremely busy starting with an all-day songwriting session with Cledus T. Judd and my friend Mark Houser to help Cledus write a couple of funny parody songs for a new comedy-song CD he’s working on for a new record label. So, I’ll be thinking “funny” thoughts this weekend.

Have a great weekend yourself!