Thursday morning the 4th of August. 89 degree high on tap today with a possibility of rain for the next several days here in Tennessee.

After running hard for the last three weeks with a lot of writing and road trips to Colorado, Alabama, Florida, Arkansas, and Missouri, I had a little lull in the action. And I’m trying to use the time to catch up some things I’ve gotten behind on. And at the same time, I’m trying to enjoy the “down” time because it’s going to get busy again, sooner than later.

BACK TO THE COAST

To that point, I did another date in Mobile, Alabama with my friend Juanita Smith at the Peoples Room for our 4th comedy show together. Thank you, Jim Pennington, for not getting enough of us!  The show is October 9 at 6 pm, a Sunday. 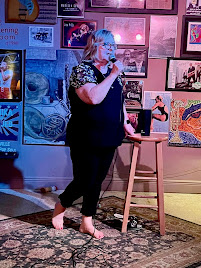 The day before I’ll be in Baton Rouge for a Pirate and Poets songwriter round at the home of Buddy Roussel and his wife Karyn the regular hosts of Buddy’s Backyard Concerts that I played earlier this year in Baton Rouge. Details for both shows, open to the public, is now up on my website in the TOUR section.

And I’m sure there will be a date added for Friday October 7 with my friend Brent Burns. We’re working on that right now. Stay tuned.

I love the “throwback” sound of this song I helped Adam Pope write that’s out right now as the news single for Adam and his wife Amy Pope. “Tonight I’m Playing Patsy”. It’s an idea Adam brought to the writing table the first time we ever wrote together, and they went straight to the studio and recorded it. Yesterday they released a “lyric video” of the song that’s cool. Check out the song and the video right here. 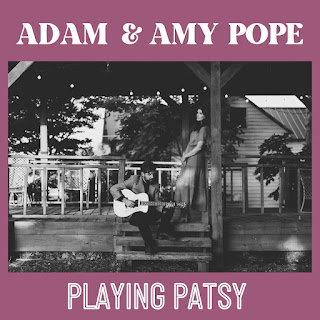 The “Blast on the Bay” Music Festival is coming up October 20-23 in beautiful Port St. Joe, Florida. Yesterday they released the list ofsongwriters that will be playing and that includes “Hits & Grins” with Steve Dean, and Victoria Venier that I’m part of. This is a really great boutique songwriter festival with a smaller roster that will play in venues in Port St. Joe. Great food, great weather, and songwriters in shorts and flip flops entertaining folks. This would be one to think about coming too. Truly one of my favorite songwriter festivals I get to play every year. 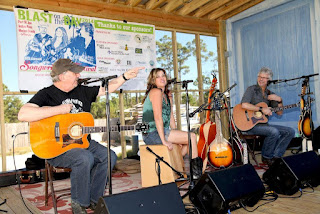 President Biden continues to test positive for COVID and is still in strict isolation.

Here in Tennessee, COVID cases are down, but hospitalizations are up slightly. 804 patients in hospitals across the state compared to 752 last week.

University of Oxford researchers say they have developed a nasal spray that reduced the COVID rate by 62% in recent clinical trial.

Alligator attacks are becoming more frequent in the southeast. I don’t mind alligators, but I would surely mind one attacking me. There are 5 million gators in the country, most of those in Florida. One official suggested that folks should stop feeding alligators. You’d think folks would know that right. The better reminder would be not to feed a gator unless you want to become the gator feed.

It ain’t just your imagination. Taking a trip to Disney World means you need to save up, or maybe win a small lotto jackpot. Prices have jumped 3,187 % over the last 50 years of its existence! Save up. I went the first year it was open and only the Magic Kingdom was there. I’ve broadcast from Disney World 5 or 6 times over the course of my radio career. And my family went just this past year. The price difference is notable to say the least. And I don’t know how a large family affords going without saving up for quite a while. Still love the place though. Pretty much impossible not to have a good time or be amazed at some of the constant new attractions. But it surely ain’t cheap.

I had no idea UPS trucks had no AC in them until I read about it this morning. Those delivery guys are basically delivering packages in a sauna with temperature over 100 degrees inside those brown vehicles. So their slogan “What Can Brown Do For You”?  The answer is “It can make you sweat”. Makes you wonder if the CEO’S of the company ever ride along. Although I think I know the answer for that.

Sometimes bosses will try to motivate employees by hanging what they consider to be a “motivational” sign. I’ve never been a big fan of those. I’ve just never really needed a sign to get me motivated for any day. And I’m sure this one that some boss posted would get nowhere near to motivating me either. The sign reads: Have You Ever Heard A Crack Head Say, “I have no money, I’m not going to smoke today”? No, they always find a way. Are you going to let a crack head out hustle you today”?’

Now, I might stop and have a good laugh at that sign, but I don’t see me being one ounce more motivated.

A Hall of Fame Broadcaster and funny radio genius buddy Gary Burbank (who I was motivated by) once talked with me about bad radio bosses. Most radio guys don’t stay in one place forever. Management makes changes, or the personality gets a better offer or whatever. Sometimes radio bosses and personalities don’t always see eye to eye. I once left a radio job and things got a bit uncomfortable because the radio boss did not want me to leave, and I’ll just say I needed to leave at that particular time for what I thought was a better climate to work in. Gary knew about it, and told me, “Bill, you should have done what I did once.”  I replied, “What was that Gary”?  He said, “Walk into your boss’s office and nail a pair of your shoes onto his desk and leave a note saying, “Fill those $#%@!”.

That’s not my style. But I still laugh hard today thinking about that conversation and piece of advice from my favorite radio guy of all time. FYI. If the name Gary Burbank is not familiar to you? You might recognize this character, one of many unforgettable comedic characters Gary created through his illustrious career Earl Pitts.

I’m working on an invention to take to Shark Tank and make millions off of. A BS Antennae.  Clip the BS Antennae on your head, and then every time you hear a conspiracy theory it will allow you to understand it’s nothing more than that. For those who believe everything they hear.  You’re welcome.

The shopping has started for parents as soon kids will be back on the yellow bus headed to school again. Free time for Mom!  The shopping list has changed through the years with computers in every room now. Heck, you can have a math calculator in your backpack and never have to figure out the equation on paper like some of us did.

I can only remember packing a #2 pencil, a lunchbox, and a Big Chief notebook. Anyone remember those bad boys?  I guess those would be Big Chief iPads today. Of course, those would be "politically incorrect" today, so maybe not. 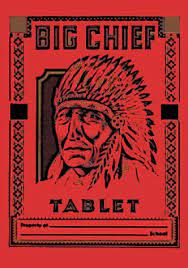 Nothing huge. A little meeting at my publishing company this morning to touch base and see if any artists are looking for songs right now. That’s what songwriters do. They try to find folks to record stuff they’ve written. My friend Billy Montana who’s written a bunch of number 1 songs in his lifetime wrote a song titled, “I’ve Got Songs For Sale.” That pretty much sums it up.