Tuesday morning, and it’s great being back home in Nashville after a road trip to Pensacola and Mobile. 91 warm degrees here today.

Got to sleep in my own bed last night after being on a run to Pensacola and Mobile for shows. Both were so much fun with great turnouts at both shows. One with Brent Burns, the other with Juanita Smith. Thank you again to all of you who bought tickets for those shows and supported “live” music and comedy. So I’m unpacked, reset and ready to catch up on stuff that I’m behind on. I’ve had quite a bit of traveling recently. Colorado, Arkansas, Missouri, Florida, and Alabama over the past 3 weeks. I never get tired of it. But I will say, it’s always good to go, and it’s always great to get back home. That’s the “ying” and the “yang” of it for most entertainers. I’m happy to still be doing this, going out, entertaining folks, and making them laugh. I never take this privilege for granted.

That would be The Gatlinburg Songwriters Festival August 18-20 in Gatlinburg. I’ll be part of three songwriter shows there. One of those with Victoria Venier and Steve Dean, our “Hits & Grins” trio that will be Friday evening August 19 at the new Listening Room in Pigeon Forge at 8:30 pm. I’ll also be part of a couple of songwriting clinics too with my friend and former Little Texas member Brady Seals. For my complete schedule, check my website or go to the official festival website that I linked up above. 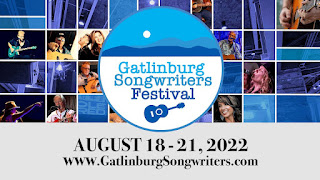 Both California and Illinois have declared monkeypox emergencies. New York had already declared an emergency. There are more monkey pox articles out now than there are COVID articles. If it Ain’t one virus it’s another.

For those who stocked up on toilet paper during the pandemic, and you know who you are, here’s your joke.

If you bought 144 rolls of toilet paper in preparation for a long COVID quarantine, you probably should have been seeing a doctor long before coronavirus.

Those will be aired November 7 and this year’s host will be Luke Bryan and Peyton Manning. Peyton is a huge country music fan, and he’s naturally funny. So this may be the best pair of hosts the CMA’s have had in a long while. Maybe Peyton will kick Luke’s butt like he did his little brother Eli in this ESPN promo.

I’M NOT GETTING ON

Nope. If I get to an elevator and see this sign that a building hung next to their elevator, I think I’ll pass and take the stairs. The sign reads, “Just A Small Jump And It Will Move Again.” Nope. Y’all get on without me.

I’m not sure what’s more amazing. That our intelligence folks doggedly kept chasing leads to the get the Al Qaeda leader that was the master mind of 9-11, or the technology we’ve developed that will let us get a drone close enough in enemy territory to get the bad guy while he’s standing on a balcony. Daryl Worley’s great 9-11 song that he wrote with my friend Wyn Varble has now been answered. “Have You Forgotten”?  No, we have not.

WHERE DO I GET SOME?

I’ll have to try this at least once. Snickers now has a seasoning. Yep. You can sprinkle the Snicker’s taste on anything. 15 calories per serving. Heck, I may go crazy and sprinkle Snickers on a Snickers. 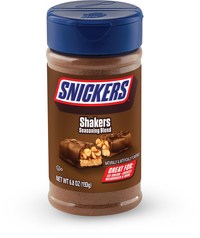 I lost an Uncle this weekend, my Uncle Alan. He was just nice to everyone he ever met; I think. And was certainly a favorite Uncle of mine growing up. He was young enough to still play softball with me and my brothers when we were growing up. And I remember thinking he had the coolest car ever when he was young. I’m surely sorry to hear of his passing.

And Bill Russell, the great Boston Celtic passed this weekend too. I’m sure ESPN and others will be reminding us of what an unreal basketball player he was. Intelligent man and I thought he was a great broadcaster too when he used to provide color on some NBA basketball games on TV. And he always had one of my favorite laughs.

Most won’t know the name Ed Hardy unless you’re in the country music industry. He ran the GAC TV network for many years. And at one point he was the GM for KUPL Country Radio in Portland, Oregon. And that’s where my story of Ed comes from.

I interviewed for TV countdown show several years ago on GAC. A friend had recommended me for the job, and I was excited about the possibility. My interview was at GAC with Ed Hardy. I was a little nervous. I was seated at one of those long intimidating conference tables when Ed walked in, sat down, and looked at me and said, “So I want to know why you turned down my job offer at KUPL?”  My mouth dropped. I had forgotten he was the General Manager at KUPL in Oregon when I interviewed for the morning radio job there. They made a great offer for me to move there, but when I got back to Cincinnati where I was already doing morning radio, Cincinnati countered the offer, and I turned down the Portland job. It was a funny moment.

I did not get that job, and it turned out to be a good thing as the job itself went away shortly after because the show folded. But it was great seeing him again and sharing that laugh. He was a very nice man. RIP.

We now find out that Tiger Woods turned down a 700 or 800 MILLION dollar offer to leave the PGA tour and play on that new Saudi Arabia funded tour that a lot of golfers have gone to. 800 MILLION!  Geez. I keep hoping that considering how bad my golf game is that someone will pay me 700 MILLION to stay off golf courses. Heck, they might be saving lives if they did.

Digital Trend, the online publication just released the mostwatched You Tube videos of all time. #1? That “Baby Shark Dance” thing. I’d never even watched it until this morning. But 11.04 BILLION of you have apparently. And after watching, I’m trying to decide if I had really missed anything.

“74-Year-Old Mom In India Delivers Twins”. The oldest to ever do so. Her husband is 80. They are calling it a modern-day medical miracle. Can’t imagine what the husband’s reaction was when she showed him the “pink” stick.

The highlight of the day is that we have a replacement refrigerator being delivered because the one we have that was delivered six months ago didn’t make ice. It took that long to get another one. That “chip” thing again, I guess. It will be nice to not have to go buy bags of ice anymore…I hope.