Tuesday morning, and another full rhyming day on tap.

I rhymed stuff all day with Cledus T. Judd and Mark Houser and to say there was a lot of laughter would be a big understatement. We wrote three new parody songs for the upcoming Cledus project that will be out sooner than later and touched up an original comedy song that Cledus will also include.

If you follow the country charts, you’ll know these songs we parodied.

“Here For The Party” by Gretchen Wilson

I can’t tell you the titles of our parodies yet, but soon. Did I mention how hard we were laughing at our own stuff yesterday?  Hopefully you will too when you hear these. 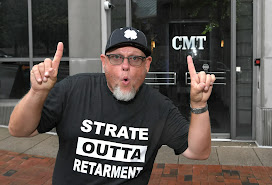 RIP Olivia Newton John. Gosh she battled a lot of stuff late in her life. Cancer for 30 years, a husband disappearing and more. And yet she was seemingly always upbeat and a bright light whenever you saw here. I remember being in Cincinnati doing the morning radio show there at the big country station B105 when the first Olivia Newton John song came across the desk. I remember thinking, “gosh, this is pretty pop sounding”, but that record and several that followed were HUGE on the country charts. And she was pretty much impossible not to like. 73. Way too young.

One of my favorite moments I’ve seen featuring Olivia was when she dragged John Travolta on her stage one night and they danced and sang their big hit in Grease “The One That I Want”.  Just sad to hear that she passed.

Some of the medical folks are predicting that flu will be back with a vengeance this Fall. Great. Add that to COVID and Monkeypox worries.

A California study is showing they might have a COVID test that’s 100% accurate in determining if you have it or not. That would be better than swabbing a nose multiple times for accuracy.

One of the concerns of the pandemic is that reportedly nursing homes have been unable to fully staff after so many workers quit after COVID outbreaks.

BACK ON THE BUS

We live on a really narrow, curvy road here in Tennessee with some sharp curves that require a driver to go very slow because there’s no telling if a car is coming around a curve in blind spot. Now I’m going slower because I saw the yellow school bus is back picking up kids. Yep, school is back, and Moms are opening a bottle of wine and catching their breaths a bit. Best babysitter ever. School. So here’s to ya Mom. You deserve a few minutes of quiet after having them all summer long.

Toyota has offered to buy back some of their new electric SUV’S they just rolled out for fear that the wheels could fall off. I don’t want that!  I don’t want my feet to be tires like they were for Fred Flintstone.  Yabba Dabba NO! 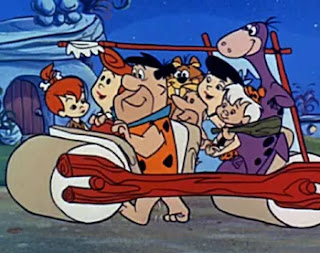 Maybe don’t. The average rent here is now a whopping $1,611 a month. That’s the AVERAGE. Music City is GROWING, and you can see that if your downtown by all the state birds you’ll see. The Crane. Maybe that’s why someone put up this billboard. 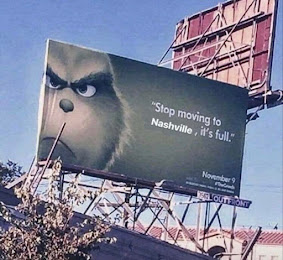 Oh yea. We’ve got em’. Lots of em’. Most stars have spent countless hours autographing stuff for fans. Some have autographed body parts of fans. True. And over the weekend country stars Morgan Wallen and Hardy were both asked to autograph a female fans prosthetic leg. It happens. That’s why they’re called “fans” I suppose.

Believe it or not, I once autographed a prosthetic leg too. And here’s the story.

I was in Port St. Joe, Florida with my “Hits & Grins” trio with Steve Dean and Lisa Shaffer at the time for the “Blast on the Bay” songwriters festival that’s coming up again October 20-23. The organizers aske the three of us if we would go play music at the local High School gym to entertain the Gold Star Moms and volunteers who were there packing gift boxes to send their soldier kids serving overseas. It was an honor to do so. At one point we heard a LOUD rumbling outside that belonged to a bunch of Harley’s ridden by Viet Nam Vets with American flags on the back of their bikes. They showed up, walked in, and started helping box stuff too.

When we finished, one of the organizers introduced us to a soldier who had been listening in the back that had a leg blown off serving in Iraq. He thanked us, then took off his prosthetic leg and asked the three of us to sign it, saying it would be an honor. Gosh. We THANKED HIM and told him what an honor it was to meet him. And then we signed it. I’m sure that some of his friends must have asked him through the years, “who are they”?

Some amazing and unforgettable things happen when you play music for a living.

The World Dog Surfing Championship is going on in California. Just like it sounds. Dogs on a surfboard. Wearing Speedos. Okay, maybe not. But if you can get a dog on a surfboard, I don’t know why you can’t squeeze one into a speedo. I can see dogs signing up for this. Ask a cat to surf though and you’ll get a middle finger reaction from ole Fluffy.

These days one never knows if the flight they book will take off or not. And one is grateful every time they catch an on-time flight. I flew to Colorado a few weeks ago with a connection in Dallas. I was dreading it for fear the flight would be cancelled or delayed and we’d be living for long hours in the airport as so many have done recently.

This past Sunday alone 900 US flights were cancelled, and 6,300 flights were delayed. You hope the airport you’re sitting in has lots of amenities. O’Hare would be a choice to be stranded in for a lot of flyers. Why?  Because they have more Starbucks than any other airport. 14 Starbuck stores!  That will keep you “jacked” up while you’re waiting to fly.

I have a double-header for songwriting today starting with an online write with bluegrass great Tim Stafford. His band Blue Highway has the current number one song on the bluegrass charts “On The Roof Of The World” that he helped write. I’ll be able to congratulate him on that.

Then this evening I’m back online to write with my friends Darin & Brooke Aldridge again as they are now working on a new project. Busy day. 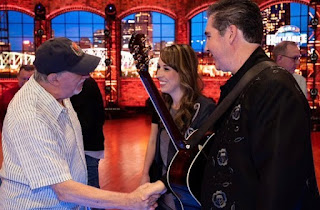 Have a great Tuesday yourself.