First Hump Day of August is on us. 95 warm degrees on tap here today.

We were humping to get a replacement refrigerator in the house. The first one we ordered took forever to arrive. I’ve decided it’s impossible to get anything to arrive these days in a short amount of time. We got the new fridge, loved it, but the icemaker did not work. We waited another 6 months for them to get another one. So yesterday, the new-old one went out, and a new-new one came in. It’s dropping ice. Progress…slowly…progress.

Heck, for a while I could not even find the “normal” size Frito Chips, so it’s gotten to the point that I blamed that too on a danged “chip” shortage.

And then I also spent some time going through and trying to learn new features on the new car that I’ve blogged about that also took a year to arrive. I don’t have the patience to figure out how every new feature works, so I’ll be sitting with a car guy today trying to get him to speak to me slowly in English helping me understand what I don’t understand so far. I’m a CD player kind of guy, and I’m moaning over the fact that there is no CD player in the new vehicle. I now need to learn how to “Bluetooth”, “playlist”, “stream”, “voice command”, and more. Sigh. I think the next car I order will have roll down windows, a bench seat, three on the column and just an AM radio.

As always, if you want to find out where I’m playing just hit the “Tour” button on my website here. Starting in October, I’m going to be on or near a beach a whole bunch, and that doesn’t make me sad. In mid-October I’ll be at Blast on the Bay, the songwriter’s festival in Port St. Joe, Florida. First week of November I’m in Key West for the entire week, followed by 3 days in Gulf Shores at the Frank Brown Songwriters Festival.

I had such a great show last weekend in Mobile at the Peoples Room with comedienne Juanita Smith that it looks like they may bring us back sooner than later with another show in Mobile on Sunday October 9. If that falls into place, and I think it will, then there will be a run of 3 shows that would include October 7 in Gulf Shores, October 8 in Baton Rouge, and October 9 in Mobile. Still firming up the details, and when I do locations, start times, venues and how to get tickets will go up on the website.

Nope, COVID ain’t over. Wish it was. But as of today there are still 400 deaths daily being attributed to COVID-19.

The CDC says to isolate 5 days if you have COVID. But they also admit that you are unlikely to pass it along after 10 days even if you still test positive.

Vanderbilt University is releasing details from a month-long study on Ivermectin. Their conclusion is that it is not a treatment for COVID and should only be taken in a clinical trial. They did say that Ivermectin relieves symptoms for up to 12 hours.  More details of the study will be released soon.

Vinyl record sales are not slowing down. There’s a 27.4 increase in sales between now and this time last year. Count me in as a vinyl lover. And I am very happy that my friend Jenny Tolman’s new project “That’sHow I Got Married In A Honky Tonk” is now available in vinyl too as the first shipment arrived. I helped her and her husband Dave Brainard write the catchy title track along with three other songs on the now “vinyl” album. Still something very cool about dropping a needle on an album. 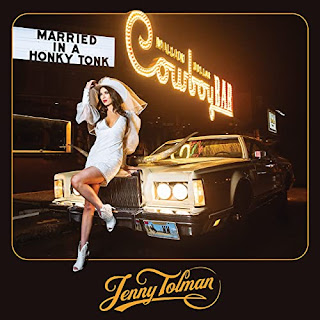 Was sad to see the news that legendary Dodger’s broadcaster Vin Scully passed at the age of 94. He had a 67-year broadcast career and most consider him to be the best baseball broadcaster ever. His command of language was impressive. He was almost like listening to a poet when he called a game. And through most of his Dodger career he was a solo act, without a sidekick. That’s how good Vin Scully was. 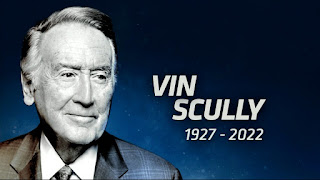 I would not change much about my life, but if God gave me a second one to live? I would learn to be a baseball broadcaster. I got to call one game for my alma mater, Central Missouri State University. My best friend at the time and myself called a Mules game on afternoon that they ran on the college radio station. I was no Vin Scully, or Jack Buck, or Bob Uecker, or Harry Caray, or Marty Brennaman or any other baseball announcer I listened to through the years. But man, was it fun. I got to do one half inning of play by play for the Milwaukee Brewers once when the team was inviting local celebrities to come into the broadcast booth and do that. I JUMPED at the opportunity. Bob Uecker was in the next booth over doing the radio coverage, as he still is today.

RIP Vin Scully. You set the standard for anyone who dreams of being a baseball broadcaster.

How about the new talking pillows at Days Inn?  Press a button and the voice of actor Patrick Warburton who was Elaine’s on again-off again boyfriend on Seinfeld will say things like, “Have I told you your hair smells fabulous today”? I’m not sure I want my pillow conversing with me, but to each their own. 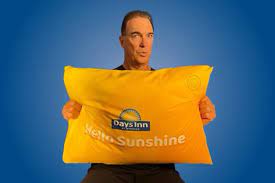 Now if they could rig a hotel toilet to sing to you…I’m in. “How Highs’ The Water Mama”?

“My husband and I compromise on a lot of things. He admits that he made a mistake, and I agree with that.”

Another mostly free day, but…I do have to go open my mouth for a dentist. I’d love to be able to afford to hire someone to go for me and pretend to be me. Not my favorite thing. And I know I’m costing them money every time I go because I rip up the leather on their chairs with my fingernails.