Friday morning in Hot Springs, getting ready to roll to Missouri for another show. 99 degrees for a high here today in Razorback land.

Brent Burns and I and Brent’s girlfriend had a relaxing day in the beautiful Hot Spring Village before heading to the Woodlands Auditorium that’s part of this massive property for our show last night. And gosh what a show. Over 500 folks showed up in that beautiful theater to watch a couple of buddies in shorts and tropical shorts sitting on stools sharing our original songs. It’s my third time to play in the Village and that makes me their most booked entertainer ever at 3 times. My thanks to Larry Wilson for that. 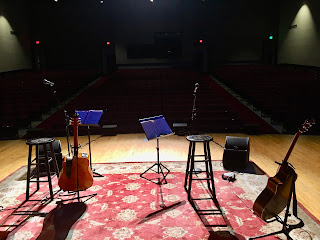 Folks laughed hard, they even cried during a patriotic song, and there were a couple of standing ovations. About as good as it gets for two fools on stools. Brent debuted a new funny song he wrote called “Dead People’s Clothes” that dang near brought the house down. And the same thing happened when I told folks that Brent is a purple heart recipient and then sang a song I wrote called “Let Me Shake Your Hand.”. It was a moment for sure.

I mentioned working on the radio in Cincinnati for years and being a Reds fan. During our intermission a guy came up to me at our merchandise table and told me he was a Red…for two games! His first game he went 3 for 4 and the manager told him if he had a good second game, they would keep him on the roster. He was on the infield, had to make a tough throw and hurt his arm. To the point he never got to play again. Geez. When I asked what he did after that he told me he’s in the Bass Fisherman’s Hall of Fame. Wow.

Also in the crowd was Paul Tull who works in the Freedom Sings USA organization that I’ve blogged about many times. The organization that pairs songwriters with our veterans to write those veteran’s stories into song. Great seeing him there. The two of us will be in Little Rock in August for that organization. 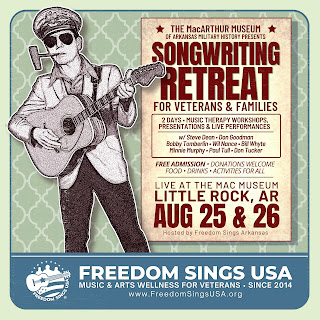 Our thanks to the great sound crew, Larry Wilson, the catering folks who laid out a spread of Bar B Que ribs and to the large crowd that made me, and Brent feel so at home last night. We can’t wait to come back again. 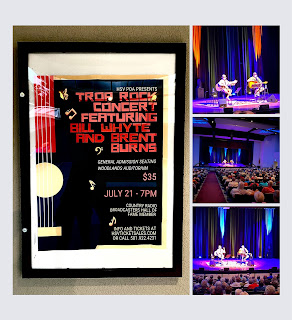 Not even the President is immune as President Biden now has COVID. And he may have flown with a group while he was contagious. He has mild symptoms.

The CDC has stopped reporting the number of COVID cases now on cruise ships. Each ship is doing their own thing. If you want to sail on the Disney Cruise ships though you must be vaccinated. Check the ship policy before you book a cruise.

A new study shows that diabetes cases rise significantly in 12 weeks after having COVID.

This guy in Oregon built a REALLY expensive luxury pool in 2012. To pay for the $177,000 cement pond he went online and rented it out to complete strangers. It paid off his pool in less than two years.

The Yuma, Arizona Mayor said yesterday there are now 52 gaps in the border wall. And it looks like duct tape and Gorilla Glue won’t fix the problem.

My friend Wil Nance shared this funny video of the late Mel Tillis telling a joke about 3 rabbits. The three rabbit’s names are Foot, Foot Foot, and Foot Foot Foot”. Trust me. Watch the video. You’ll laugh like we did last night when I pulled it up after our show here in Hot Springs.

How about Bo Jackson stepping up to the plate again big time?  He helped pay for the funerals of the Uvalde school massacre victims. Before you get depressed watching all the “negative” news?  Keep in mind there are lots of good things going on in the world too. Thank you for the reminder, Bo.

TO INFINITY AND BEYOND

I blogged yesterday about some odd items that sold for a lot of money at auctions. A lot of those things being celebrity items. Now they are going to put Buzz Aldrin’s Apollo 11 space jacket up for sale. They think it might sell for as much as 2 million dollars!  It’s not surprising it would fetch that much. Especially when you consider that Lady Gaga’s fake fingernail sold at auction for $12,000! 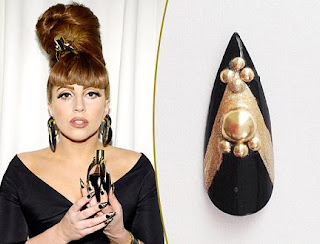 Tired of taking a loan out to fill up your truck?  Here are the top 5 fuel efficient cars right now.

Hyundai Ioniq, Toyota Prius, Hyundai Elantra Hybrid, Honda Insight, and the Toyota Corolla Hybrid. (If you can get one.)

Show time is 6 pm at the house concert Brent Burns and I are playing just south of St. Louis in Sullivan, Missouri at the “Hangout”. Our thanks to Colleen Fuchs and her husband for hosting us this evening. Some extended family will be coming from my home area, and it should be a sell out for this intimate concert. Looking very forward to it. 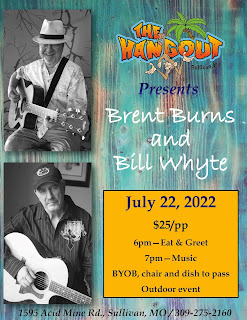 Then early tomorrow morning it’s home to Nashville for a reset and two shows in Pensacola and Mobile next Saturday and Sunday. More on that in Monday’s blog.