Wednesday morning coming up in Nashville with the AC and the lights back on. Last night a little after 9 pm our power went out. No storms. And still it went out. We were without electricity for about 45 minutes or so. I can testify that this is NOT the time of year when you want your AC to be gone. Nope. I’m pretty sure the heat had me “glistening” for a while.

I sat and wrote with talented Andrea Pearson at my publishing company for the second time. Before we got started on a cool “tent revival” song idea, we tweaked the first song we had written together that both of us are crazy about. We changed a couple of lyrics and re-recorded it, and now it’s in the hands of my publishers. This song is probably in my favorite top 3 songs I’ve been a co-writer on over the last year easily. It’s different, with a I think a beautiful thought about what a painter is thinking when they sit down in front of a canvas with their brushes and watercolors. And since Andrea paints, and her Mom is a painter of porcelain figures and has competed in worldwide competitions, it was such an appropriate song to write with Andrea. And right on cue, her Mom visited her last night and Andrea texted me how much her Mom gushed over the song. My wife, who’s a tough critic, reacted the same way. So now we REALLY feel great about this song’s chances of finding a way to get out there so that lots of folks can hear it.  We’ll see. 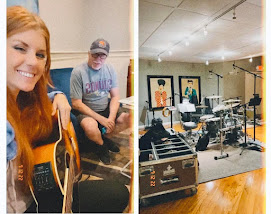 CHECK OUT OUR SHOW

I ran across this hour and a half show that was recorded when our “Evening in the Round” show starring Linda Davis with Lang Scott and me played in Texas last year at a cool venue called the Dosey Doe”. If you’ve not seen our songwriter show yet, this is a pretty good indication of what it looks like most nights. There’s a host on stage with us, so it’s a combination of him interviewing us as well as us playing songs for the audience that gathered there that night. Check out the show HERE if you’d like. You'll see how much fun we have playing music together.

FYI...Dosey Doe makes their own coffee...GREAT coffee. We each went home with a bag after our show, and I want another one! If you're a coffee person like me?  Order a bag online. 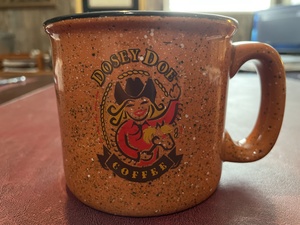 Scientists at the nation’s top health agencies are looking to expand vaccine availability for those 50 and over so that they can get a second booster shot if they want during the new COVID 19 wave that’s going on now.

Dr. Stuart Cohen who is the infectious disease professor at UC Davis in California says that preventing infection from the new BA.5 variant of COVID with vaccines is “probably limited, if it provides any protection at all.”

And Dr. Fauci is now saying pretty much the same. Yesterday on a TV show he said the vaccines do not protect “overly well” against infections. And then admitted that getting people to get booster shots and mask up is a “hard sell” these days.

A 40 year high now for inflation. Economists paint the blame on surging gas prices. No kidding! Although, US gas prices reportedly are on the longest weekly decline now since 2020. And I did see a few pumps in town where the price has dropped to under 4 bucks a gallon for the first time in a while. In this case, “DOWN” is a good direction!

I NEED A RAISE

Best way to get a raise according to some expert in an article I read this morning is to use these four words when you’re asking your boss to increase your wages. When he makes his offer, if he does, ask, “Is there any flexibility”?  Apparently that technique seems to work for some.

I ask that question once of a boss of mine, “Is there any flexibility” and he got up and went into a dang downward cat yoga pose.

Check out this great George Jones-Waylon Jennings story that was printed in Whiskey Riff. The Possum as we all know liked to drink…a lot at one time. He showed up one night at Waylon’s front door and was so confrontational that Waylon and his wife Jessie Colter tied Jones up in a chair. Don’t know if George started singing my friend Billy Yates song that he had a big hit with, “I Don’t Need Your Rocking Chair” or not. But it’s another great George Jones story.

Late in his life his wife Nancy got George straight and in a much better place. And I remember on a couple of occasions I had an interview set up with George Jones to promote shows he was playing in the cities where I was on the air. Both times when my hot line phone rang, it was Nancy on the phone in the car with George checking to see if I was ready. When I assured her, I was, off the phone I could hear her saying loudly, “George…it’s Bill Whyte on the phone!”  And then she would hand the phone to him, and we would do the interview…sober. To this day I’m a huge George Jones fan. RIP.

That’s the name of a couple of ice cream trucks you can find in either New York or Santa Monica, Florida. They sell popsicles that cost $10 that look like Bill Gates, Elon Musk, Jeff Bezos and other mega rich folks. Wonder how many pictures we will see on Facebook of someone licking a Zuckerberg?

A bit of an off day with nothing special. I have to go lean back in a dentist chair. Something I still dread…every time. But tonight I get to sit in the stands and catch a baseball game. So, I’m 1 for 2 in baseball terms.