Thursday morning in Montrose, Colorado. We had some rain last night, and temperatures were cool. 52 degrees right now but it will get up to 87 today in western Colorado.

You may have noticed the blog here is being posted a bit later than normal. That’s partly because of the schedule we’re keeping here in Montrose, and the time change.

We had a free day here in Colorado, so we got out and saw a little mountain scenery, rolled into a little nearby town, and sat down to breakfast at a great little local restaurant that served a great breakfast and went to one of our hosts house that’s out away from everything that has a wraparound porch with rocking chairs with views of the mountains and the valleys that spill out below that old house. We saw on old house nearby that the original owner bought from Sears & Roebucks for next to nothing. A kit house that was delivered on train, and it still stands today with folks living in it. It’s been remodeled through the years but essentially, it’s still a catalog house.  Amazing. My first guitar I learned to play on was a $20 Sears Silvertone my Mom bought out of that same catalog back in the day. She never learned to play it, but I did. Thank God for she ordered it. It’s been a gift that keeps giving today. 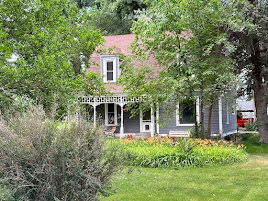 We had our meet and greet with our veterans at the Welcome Home Alliance. The rain I mentioned came pouring down loudly about the time we entered the building and the power got knocked out for about 30 minutes or so but came back on in time for our meet and greet.

The volunteers there do a great job working with our veterans in the area. The building is full of military memorabilia, and several of the display cases house mementos, pictures etc. of some of the veterans we have written songs with and for. One of those soldiers I wrote with a few years ago, Terry Haynes passed away and the organizers showed me a small display that had Terry’s Viet Nam hat, medals, and pictures. Later this morning we’ll write with a new set of veterans.

Before we got away, each songwriter was presented with this cool honor medal from the Welcome Home Alliance Center. Thank you! It will join a small collection of honor coins I have at home that have been given to me from soldiers through the years.

After dinner and our meet and greet we stopped at a place called Phelonies that had been recommended by a friend of mine. It’s a “speakeasy” and you had to know a password to get in. A really cool place and vibe, and each drink was handmade by a group of bartenders. Thank you, Mark Fain, for suggesting we stop there. 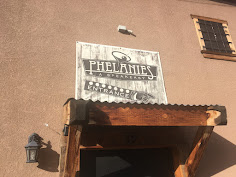 BEACH SONG ON THE CHART
I saw the song I wrote with Becky Denton, my friend in my home state of Missouri titled, “There Ain’t No Ocean In Missouri” just landed at the number 7 spot on the Radio Trop Rock “Buzzin’ Dozen” chart, a chart that spotlights some of the hottest new Trop Rock songs right now. Awesome. Congrats to Becky and thank you Eric and Gina Babin at Radio Trop Rock for loving this little fun song.

I got a little present in my e-mail when I opened it this morning. My friend and co-writer Rick Lang sent me a copy of the recording of our song “Christmas At The Old Homeplace” by Terry Baucom and the Dukes of Drive, a great bluegrass group. So Christmas came a little early this year. Thank you for cutting our song, Terry, and thank you Rick for getting it to his attention. I’ll let you know when the song is out so you can hear it if you’d like.

It’s the 50TH anniversary of the first sighting of “Mo Mo” the Missouri officially this Sunday. That’s the date that the first report of a Big Foot came into the radio station I worked at about a monster roaming around on Star Hill in Louisiana, Missouri. The story blew up. And all of that led to me playing that big concert last weekend in Louisiana to a packed house at the Elks Lodge. I got word this morning that the St. Louis Post Dispatch is going to print a big article about the entire thing this Sunday. They were there for the concert, and took a ton of pictures, so it should be an interesting read. I’ll link it here come Monday morning so that you can check it out. The monster lives on 50 years later. 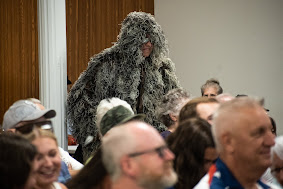 The BA.5 is now the dominant variant in the U.S., and some experts suggest that it may pose the biggest threat to immune protection yet. And on it goes.

New York City’s COVID positivity rate has jumped 14% as the summer wave of COVID has arrived. In Nashville cases rose “modestly” according to those in the know.

Gasoline prices have dropped 3 weeks in a row now. That’s the good Petro news. The bad news is that you will still need to take out a loan to fill up your Winnebago. And with hurricane season on us some experts say we could see gas prices rise to “apocalyptic levels.” Good thing I have a solar powered pogo-stick.

The batman “nipple enhanced” suit George Clooney wore in batman is up for sale. The suit was ridiculed by Batman fans, but it’s famous, and that makes it worth the starting bid of $40,00 at auction coming up in Hollywood later this month. Perfect Halloween costume for this year!

AND YOU KNOW YOU NEED THIS!

A Bean Bag Onesie. Yep, a bean bag and a onesie combined. Put it on and you look like a Kardashian with all the “junk” in your trunk. And yes, they’ve sold some of these.

The new Elvis movie will be streaming soon on HBO Max in case you don’t want to go see it in the theater, although I highly suggest seeing it on the big screen. That movie has been a talking point on this trip with the songwriters I’m with. ALL of them raving about the movie as I have after watching in particular the amazing performance of young Austin Butler who plays Elvis so well, you’d swear it is Elvis in a few scenes. Go see it!

We’re off this morning to write with our veterans right after a breakfast gathering. Then this evening we’ll go back and play all those songs in front of those veterans and a few family members. Then tomorrow night is our big concert at an amphitheater where the public will be invited to hear those songs as well as the other songs we’ll be performing.  Looking forward to it.