Thursday morning coming at you from “hot”  Hot Springs, Arkansas.

I made the six and a half hour or so drive from Nashville over to Hot Springs and checked into a house in beautiful Hot Springs Villagealong with Brent Burns and Brent’s girlfriend Colleen also came along for this little two show run we’re on.  We pay here in the Village tonight at 7 pm for a show at their Woodlands Auditorium. How big is the Village here in Arkansas?  Once I entered the gate, I still had 13 miles to go inside the village before I got to the house in a golf course resort community, we’re staying in. It’s big. My thanks to Larry Wilson and the gang here for giving us such a great place to hang until our show tonight which will have a big crowd that we are looking forward to entertaining. 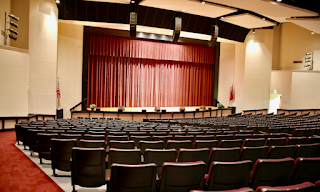 We had dinner with a couple here last night who are longtime friends of Brent’s who used to live in Gulf Shores where Brent is from before they decided to return home to Arkansas. And today they are going to give us the nickel tour of Hot Springs. Brent’s never been here before, I have so I know about the mob and casino and hot spring baths. I’ve played Hot Springs on 6 different occasions now. The first time being at the old Derby Dinner theater that was close to the Oaklawn Racetrack that I gave money to a few times. My second Mom Dean Raymer and I put a bet on a horse once that threw its rider coming out of the gate. The horse came in first, but we collected no money.

Last night we all sat out on a deck and talked about “chiggers” that Colleen had never heard of. Cleveland girl. My wife and I recently had the same discussion as she did not know about chiggers until she got a bite or two. I grew up with chiggers and ticks. If I never get another chigger bit or have to pull a tick off a long-haired dog?  That would fine.

Having some kind of fun in Hot Springs.

My Australian friend Angus Gill sent me some amazing news yesterday. The new single to Australian artist TC Cassidy “Love Hate Love Again” that Angus and I wrote jumped from #60 on the Australian Country charts to #18 in one week. That’s a 47-point gain!  We’ll take it. I think we have a fair chance of topping that chart, so fingers crossed. It’s nice to be going “up” “down” under.

With the new COVID wave, hospitals are once again understaffed. Houston Methodist is one of those trying to find enough nurses again.

The latest COVID numbers are numbing to say the least. 568 million cases worldwide, 6.38 million deaths. 11.85 BILLION vaccine doses have been given out.

The CDC yesterday endorsed the more traditional vaccine Novavax. Looks like Indiana may get the first shot at the shot.

The military is having big time trouble getting enough recruits. So some of the recruiters have gotten creative trying to fill those numbers outside of a bonus to join. Some Air Force recruiters went to screenings of “Top Gun” and handed out Air Force coffee mugs and lanyards to those coming out of the movie hoping to take advantage of the excitement a possible recruit might feel after watching that movie. Got to applaud the creativity.

Most conversations I’m in right now include the following topics. Gas prices, COVID and the HEAT. 100 degrees at home today. 102 degrees here in Hot Springs today and 100 tomorrow!

A guy tweeted out this week, “I’ve spent my life working in extreme heat. We survived by having a beer under a tree. Climate change is real. Drink more beer”.

And in a conversation with the local couple we were with last night, the husband told us he had a new HUGE pickup truck to pull a boat. Because it guzzles so much gas, he rented a place at the local marina and put the boat there and he won’t be driving the truck until gas prices come down. Don’t blame him. Wait until he hears my “Dipstick” song tonight!

This is long over-due. A documentary on Shania Twain titled “Not Just A Girl.” What a story she has to tell from growing up in Canada to super star status as a country singer in the states. Forced to be a mom early, losing her husband and producer Mutt Lange to her best friend and her struggle to get to the top. I’ll watch. 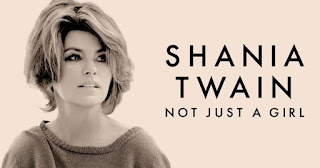 In my radio career I have two great memories of Shania. The first was when she came to Milwaukee, and I interviewed on WMIL radio her before she became a star. She brought what they called a DAT tape of a song “Who’s Bed Have Your Boots Been Under” for us to check out. We did. And I remember saying, “I’ve been wrong before, but if this song is not a huge hit, then somethings wrong.” Nothing was wrong. And she was on her way.

The second time I was with her was when I was doing the morning show at WFMS in Indianapolis. My job one night was to escort some winners backstage to meet her, along with former Indy driver Scott Goodyear who was like a two-year-old kid-fan when he met Shania. That was funny to see. She played the outdoor amphitheater that night and she was very kind to the radio station winners I took backstage with me.  Conscious of not wanting to overstay our welcome, I got the winners out and said goodbye when she invited me and Scott to stay awhile. And we sat and chatted with her at an outdoor picnic table for another half-hour. Down to earth, just good folk as I remember. So yea, I’ll be watching the documentary.

Amazon Prime Days? Worked. Sales were up 87% over last year’s online Prime Day sales. I think we did our part. I saw boxes stacked up outside my door at home, that I didn’t order. Hmmm….

Cassette tape sales are up. Why? I have no idea. But sales went from 173,000 sold to 343,000 sold in one year. Vinyl sales have been on an upward trend for a long while now. I’m just waiting for 8-tracks to make a comeback so I can sell my 8-Track Red Sovine “Greatest Truck Driving Hits” at the maximum price. Giddy Up Go Daddy…Giddy Up.

You can sell almost anything. Some of the weirdest items fetched a pretty penny at auction sales.

Don’t throw stupid stuff away folks. Put it up for auction.

It’s all about the show tonight here at the Woodlands Auditorium in Hot Springs. Sound check is at 4 pm, so we’ll get tuned up and have a great time tonight here in Arkansas before we get up early tomorrow and head for a house concert in Sullivan, Missouri before I head back home to Nashville early Saturday morning.

Have a great Thursday.