Wednesday morning on the road to Gulf Shores, Alabama.

I’m blogging from a McDonald’s in Alabama right now. Behind me a minute ago was a family. As they were getting ready to leave, I heard a grandma do a check on the two kids of her daughter who was with her to see if they had both gone to the bathroom.  She said, “we’re getting ready to go back on the road”. The little girl had gone, but the little boy said to her, “Daddy taught me how to hold it. I’m good.” That drew laughs from me, and everyone behind me.

After waiting almost a year, my wife and I welcomed the arrival of a brand-new Toyota RAV4. It will be my new workhorse now for when I’m traveling to shows across the country. My old 2009 has over 230,000 miles on it and I’ve never done a major thing to it which is why we waited so patiently for a new one to finally come in. And what a buying ordeal it was. Not the most pleasant experience, which is why so many folks hate buying cars to begin with. I will say the finance guy was terrific. If everyone was as sharp and as nice as he was? I’d buy more cars. It was refreshing after what we had been through trying to complete the deal. But it’s done, and I love the vehicle so that unpleasant buying experience is behind us now. If I ever have to buy a new car again it will be too soon.

The Elsberry Democrat wrote a great article about the 50th Anniversary of “Mo Mo” the Missouri Monster’s 50th Anniversary celebration that was held in Louisiana, Missouri a few weeks ago where I played to a big audience of fans of that old monster that showed up on Star Hill 50 years ago in that small river town. That ole monster led to my first ever record that they still play back on those parts. It was really an incredible evening, and the paper did a really nice job of describing that wonderful experience. Check the story out HERE. 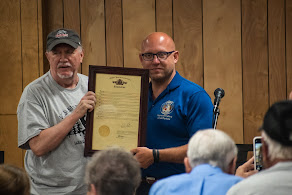 Scientists now say that the Loch Ness monster is plausible. Guess I need to write that song too. And at the same time this headline popped up. “Man Murders Best Friend And Blames It On Big Foot.”  Okay then.

My wife and I caught a fun movie on the couch last night that was recommended to us by our good friends Lang Scott and Linda Davis. The movie is based on a true story about a guy who figured out how to beat the lottery and resurrected a small town with the winnings. The movie is called Jerry & Marge Go Large. Bryan Cranston is terrific as the mathematician and Annette Bening is great playing the role of the wife who became his accomplice in their golden years or retirement. If you’re looking for a fun movie?  It’s on Paramount+ right now.

No Mega Million winner. The Jackpot is now worth the staggering sum of 1.2 BILLION dollars at the next drawing. I checked my numbers this morning. I should have consulted with that mathematician I just mentioned in that movie above.

What’s the old lotto joke?  “God finally answered my prayer for winning the lottery. His answer was no.”

Two new studies say the COVID virus was developed in an open market in Wuhan, China and not in a lab.

In development, a fitness tracker that can tell you you’re about to get COVID 48 hours before the test turns up positive. Nothing like being able to prepare for being sick.

And the US now has more monkeypox than anywhere else. Congrats to us.

WANT FRIES WITH YOUR STUPIDITY?

A Vermont McDonald’s had to be evacuated after bullets were tossed on a grill and they exploded. An employee dumped some shells from his gun and tossed them on the grill. “McBang”. You can’t make stuff like this up folks.

Check out this two-year-old kid doing his best impersonationof a “weed-whacker. Too funny. Get him on America’s Got Talent quick! He’ll make more money after that than he will whacking weeds for the rest of his life. 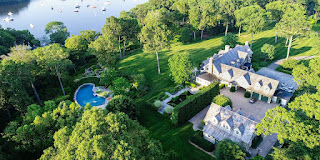 That 66% of Americans have reduced their driving because of high gas prices. With that, I give you this “live” performance of my “Dipstick”song that draws roars from the audience every time I play it these days, as I will again this Saturday and Sunday. And to think I wrote this because I got mad when gasoline went to 2 bucks a gallon years and years ago!

I’m checking my calendar to see if I’m open September 24. That’s because they are holding a Mac and Cheese festival in Oconomowoc, Wisconsin near where I used to live on that date. An entire festival dedicated to God’s greatest creation. How can I not go to that!? Betcha they crown a Miss Mac N’ Cheese too with a tiara made of elbow macaroni and a yellow sash. Well…they should!

On Lower Broadway here in Nashville a bouncer at one of the nightclubs is by a window doing his job when he looks out on the street and sees a 19-year-old kid bending down to grab a gun. The bouncer leaps through the window, lands on the kid preventing a tragedy. Police arrive and they haul the idiot off.  Now, I’ve played in a lot of bars in my life. Seen a few bouncers do their thing when they needed to. And while they were taking care of business, our band just kept playing. But I’ve never seen one leap through a window before. Kudos to that bouncer.

Off to Gulf Shores to hang with my buddy Brent Burns for a few days. We’ll write some new songs, do a show in Pensacola Saturday afternoon and I’ll order some shrimp while looking at the Gulf of Mexico with a cold one. That won’t suck.