I wrote with my friend Troy Engle, a Kentuckian by birth, lived in Nashville but now makes his home in Pennsylvania with his wife and two kids. Troy can play anything with strings on it and sing and writes great as well. So well that Pine castle Records just signed him to a deal (which I did not know) and he’s recording his first project for them right now. Three songs we’ve co-written will land on this album and I’m happy for that news as well. And we added yet another bluegrass song to our catalogs yesterday so it was a productive online day for sure.

Here’s a look at some upcoming shows on the calendar through March.

Venues, and details for all these shows are available on the website.

Today I’m spotlighting a song recorded by young Missourian Jessie Vaughn, who’s 17 and is from Elsberry, Missouri which is where I graduated High School. My extended family members Dodge & Dean Raymer fell in love with this young man and kind of got the two of us together when Jessie and his family made a trip to Nashville. Jessie had not written any songs yet but was already developing a lot of fans back where I come from by singing traditional country music. He wears a Hank Williams white suit sometimes and sings nothing but Hank stuff. So I thought it was important that he added something other than cover songs to his repertoire. Once I knew something about Jessie and his family and what they believe in we tried to find something that would fit who he is. A young man who loves the older kind of country music, and the values you develop living out in the country. So we sat down and out came “Old School Country” which looks to be a big hit for Jessie considering the response he gets every time he sings it. Makes me glad to be his first co-writer. 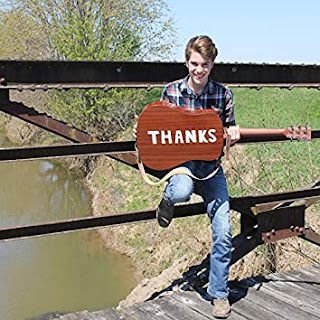 The FDA is set to propose a yearly COVID vaccine much like the yearly flu shot. A lot of folks predicted this was coming a long while ago.

Amazon Prime is set to roll out its prescription service. Prime members can sign up for their RxPass that will allow one to get as many drugs as they need from a list of 50 generic medicines for $5 month delivered to your door for free.

I read an article this morning listing places we should not hide our cash. The backyard was number one. Even if you stick it in Folgers can before you bury it because it could de-compost. You don’t want that.

Underwear & sock drawers, under a floorboard are places thieves search so that’s out.

And my favorite suggestion is to make sure you don’t hide it in a place that you can forget. Uh huh. And of course the article does not suggest where to bury the cash as thieves can read articles too. I say put it in a gigantic Rubik’s Cube and see if they can figure out how to get to it.

A roman walks into a café holds up 2 fingers and gets 5 coffees.

Haven’t seen it yet, but it seems to be doing well. It’s number one at the box office for six weeks straight and has now taken in over 2 BILLION dollars. And that doesn’t include popcorn sales. Wow. James Cameron is going to be wandering where to hide his cash.

BEST SOUTHERN CITIES TO RETIRE IN

According to experts, based on climate and affordability, here’s their list of top 5 southern cities one can retire in on $1,500 a month. Several in Texas.

And…McAllen, Texas where I’ll be playing February 2. I may stay.

For baseball nerds it’s kind of cool to see the news that the Atlanta Braves TV announcer for many years Chip Caray is leaving to take over the same duties for the St. Louis Cardinals. Cool because his grandfather was Harry Caray who was the first baseball radio announcer I listened to. He and Jack Buck were an incredible team covering those Cardinals that won a couple of World Series while they were that broadcast team. Nobody was more fun to listen to than Harry. If you’ve not heard his take on Cracker Jacks when he was with the Cubs…check this out. Ya gotta laugh. 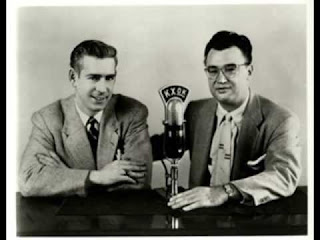 David Morris is in from out east to write so we’ll sit down and rhyme together for the second time. David has quite the bio. Besides being a songwriter who writes for the same publishing company I write for Billy Blue, he’s also a longtime music reviewer for an online bluegrass publication called “The Bluegrass Blog”. He’s been a journalist in Washington, DC covering affairs there as well as having been an editor for the Associated Press and the chief White House correspondent for the Bloomberg News. So I’m going to try and concentrate on not misspelling any words.