Thursday morning and things have cooled off just a tad. 55 the high today. Meanwhile California is dealing with hurricane force winds and very heavy rain. You don’t often hear hurricane and California in the same sentence.

I wrote for the first in a while with Adam Pope, he of Adam and Amy Pope a talented husband wife duo here in town. Adam has played a ton of gigs since I’ve seen him last but has a little break in his schedule so it gave us a chance to write a new song from an idea he brought with him. He and Amy will be back in studio soon so we’re trying to write a couple of songs that might make that project that another mutual friend Darin Aldridge is producing in North Carolina at a recording studio there. So we’ll wait and see. 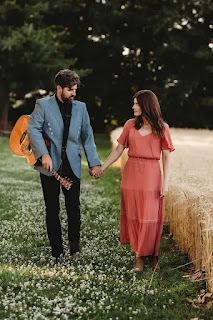 Stan Hitchcock passed away. A major recording artist for a long time, then he launched country Television shows that were very successful and one country network CMT. He’s a fellow Missourian, he was also a radio guy like I was in Missouri and back when I was young my band backed him up on stage…several times. My second Mom and manager Dean Raymer booked me and my band, but she also booked Stan a lot. I always enjoyed working with him and being around him. And I loved his singing and his songs like “Honey I’m Home”. In the last part of his life he got into fishing big time. And he wrote and blogged and shared heartfelt stories online. So I’m thinking a bit about Stan this morning. And I want to share my favorite recording of Stan’s the old song “Shadow of Your Smile.” It’s so different as it’s mostly Stan’s voice over the incredible work of the late steel guitar player Curly Chalker. Life is just too short. RIP Stan. Today I want to feature the song “Don’t Let the Barn DoorHit Ya” that American Idol star Alex Miller turned into his first single for country radio. I saw this big Kentucky kid walk out on Idol and entertain thejudges, especially Luke Bryan who at one time on the show mentioned he was going to get Alex on the Opry. It’s a shame that Luke has yet to follow through on that, because the Opry audience would LOVE this kid.

I had that title and held it for my Oklahoma Cowboy friend Paul Bogart because of Paul’s love of western swing music, and I thought this might fall into that kind of thing. A mutual friend Dan Wilson joined the two of us that day on Music Row and when we finished it, I just knew this song would find a home somewhere.

Then one day I see on Facebook a picture of Alex with my friend Jerry Salley. They were writing together. So I called Jerry and he told me he thought he was going to sign him to Billy Jam Records and produce an album on him. Very cool.  Fast forward a little and one day I had a songwriting appointment with Jerry. It happen to be the same day they were officially signing Alex to a record deal. So I was waiting for Jerry to finish up and them come write with me. He did, and he brought Alex and his Dad Roger. That’s right…Roger Miller. Not THAT Roger Miller…but Roger Miller. I immediately loved this young man as everyone does the minute they mean him. He wears his “country” on his sleeve.

It wasn’t long after that I sent a little recording of “Don’t Let The Barn Door Hit Ya” to Jerry and he wrote back that he loved it and thought it might fit Alex. Did it ever. They not only released it as his first single but also did a very fun video of it that also features “Miss Kentucky” in it. The album is titled Miller Time and now they’re working on his second album and I’m blessed to have a song coming on this one too that I wrote with Alex and my friend Josh Shilling. I’m rooting very hard for this talented young man. 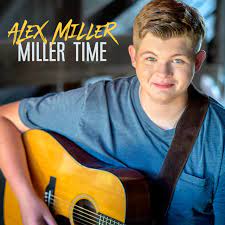 Hard to imagine but last week the U.S. surpassed 100 million cases of COVID.

The WHO is saying the newest strain of COVID is the most transmissible yet.

I’m glad to see my Baptist friends have a sense of humor. 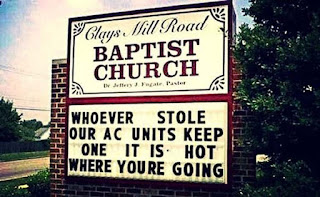 So nice to hear news that the young Buffalo Bill football player is showing signs of improvement. The Buffalo Bills organization released a statement after his injury saying, “We believe in the power of prayer”. There are some signs that those prayers may be working. Here’s hoping he has a full recovery.

The NFL has said now that there will be a full schedule of football games this weekend. No word yet on whether the Bengals-Bills game will be rescheduled, but it’s kind of looking like maybe not. That will be an interesting decision for sure. I’m sure we’re going to see a lot of “moments of silence” in football stadium all across the country this weekend as fans continue to keep Damar in their prayers.

That Mattress Mike guy who won 75 MILLION dollars betting the Astros would win the World Series just made another 1.5 million dollar bet that TCU will upset Georgia in the college football championship coming up in a few days. Wonder if that dude actually stashes his money in his mattress?

The big consumer electronics show is back up and running in Vegas after a couple of slow years because of the pandemic. And all the new gadgets are on display. Two that caught my attention are the little handheld device that delivers temporary tattoos. With over 1,000 designs to choose from. And then you can erase them whenever you want, or for some folks, whenever you sober up. I’m not a tattoo dude. But if I chose one, mine would be (in tiny print) the words, “If you can read this you’re too danged close”.

That would be Nashville. To accommodate the growth and the constant stream of tourists coming to Music City our airport will open a new terminal this January 24. Over 130,000 additional square feet in the terminal that will be able to handle 70,00 passengers daily. The great news is that there is so much more room that they will easily be able to store your lost luggage.

I’m writing with my bluegrass friend Irene Kelley who’s new CD “Snow White Memories” is out and doing well. I love her current single “ComeSome Winter Morning” which is at the top of the charts right now, but I’m certainly proud of the song we wrote together that’s also on this album “Satan Get Behind Me.” So it will be fun creating something new with Irene this morning and hearing the latest news about her current project. 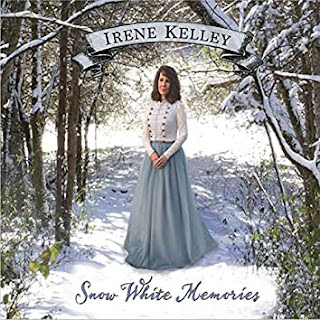