Wednesday morning back home here in Nashville. And repacking today for a very wet California.

It was a road trip back to Nashville for me, Linda Davis, and Lang Scott after a great show Monday night in Morton, Illinois. Gosh, what a great venue and crowd. Takes about six and a half hours of driving to get from there back to Music City. The sun was shining, and we took our time. If you’ve ever seen an “Evening in the Round” show, you know how much fun we have. But as Linda often says, the real show is in the car during the drive. We should film some of that!

We did stop at a new place to eat…Freddy’s. A burger, fries, and frozen custard kind of place. And we all agreed we’ll stop again because the burgers are SO good. One of my favorite burgers ever. Six thumbs up from the three of us. 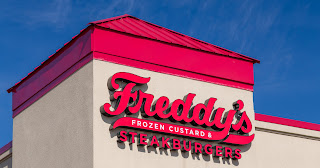 After waking up to frost on the ground in Illinois, we rolled into sixty-degree temperatures and sunshine in Nashville. Good to be home.

“Freddy’s” is a cool name for a burger place…named after the owner. But there are some odd named places to eat around the country. There’s a Chinese restaurant named “Wok This Way”. In Vegas you can sit down at the “Heart Attack Grill.” And if you like pizza and wings? In Brooklyn check out “Pies and Thighs”. And certainly “Mug N Bun” is on my list. Wonder if they make a T shirt? 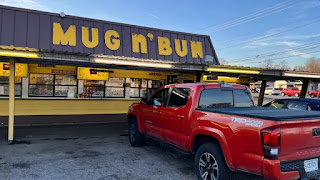 CHIPS
Take a look at these chips Lang found on the road. He was baffled trying to figure out how the chips can be both “natural” AND artificially flavored. Danged if I know. These are the heavy topics we cover on our road trips friends. 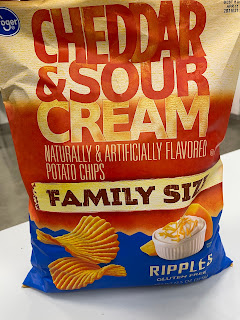 Today I want to put a spotlight on a song Jerry Salley recorded that was a single for him that got some significant play on bluegrass radio “Front Porch Philosophy” that is also the title track for one of Jerry’s albums. The two of us were writing at Jerry’s publishing company at the time that was on Music Row. We were working on a song idea that I don’t think either one of us were thrilled about when Jerry started talking about things he’d hear an old friend of his say. Life stuff. I said yea…sort of like front porch philosophy. Jerry’s eyes lit up, we dropped the other song and wrote it on the spot…and I’m sure glad we did. When Jerry told me he thought it would be the title track for his new album I told him he should find an old front porch, sit down, and have an old coon hound at his feet because we talk about that kind of dog in the song. Check out the album cover below to see what happened. Thank you Jerry for this great cut! 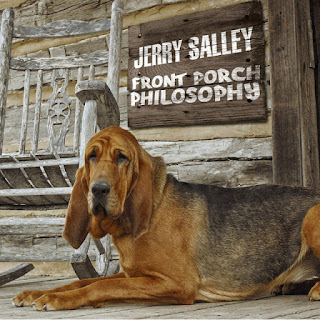 Thank you to the internet Trop Rock radio station “Palm Tree Radio” for having the Brent Burns song “Lot of Beaches to Go” sitting at #2 on your playlist right now. This is the title track of Brent’s new CD that we wrote together that’s very beachy and fun to listen to…if I do say so. Take a quick listen and you’ll hear what I’m talking about. Nice to see it getting some spins! 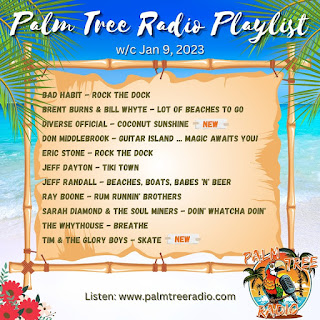 The military has officially dropped its vaccine requirement for soldier now. That should bring some interesting responses from those who did get vaccinated because they were following orders, with some of those folks not wanting the vaccine either. The lawyers are going to be busy.

USA Today is reporting that lawsuits are growing against companies that threated and or removed jobs because of the vaccine requirement.

Meanwhile the new variant some say is spreading 5 time faster than the other variants. Wash your hands, get an air purifier, wear a mask are the sort of same suggestions they are offering up to help from getting it. At our show in Illinois Monday night, the crowd was somewhere between 4 to 500 folks. I saw 4 masks in the crowd.

No winners again?  Geez. The Mega Millions is now up to 1.35 BILLION bucks!  It would be just my luck that my numbers come up only to have to share it with another winner. And then somehow I’d have to find a way to survive on just 675 million dollars. Sigh. I could try.

The United Nations is now saying that the ozone layer is on track to recover sometime over the next 40 years. That’s a good thing. Although, I’m guilty of never waking up one day and wondering how the ozone is doing. In fact, to be “dumb honest, I don’t really know much about ozone layer. In Illinois this past weekend it got so cold I did dress in ozone layers…but that’s the extent of my scientific knowledge on that.

“Door Dash Driver Bites Customer’s Burrito After Cheap Tip”. Pretty sure the drive bit off 20% of it.

It’s all about getting ready for a very long day tomorrow with my “Hits & Grins” trio with Steve Dean & Victoria Venier. We have an early flight from Nashville tomorrow that requires a connection in Vegas before we fly into a flooded Sacramento, California, pick up a rental car and then play a show tomorrow night in Lodi, CA. Saying a little prayer that the flights will run on time to get us to the stage in Lodi on time.

Then we’ll have Friday off as we travel down to Redondo Beach, CA for a Saturday night show before flying home from LAX to Nashville on Sunday. Probably a very short blog here tomorrow morning because of the flight time. 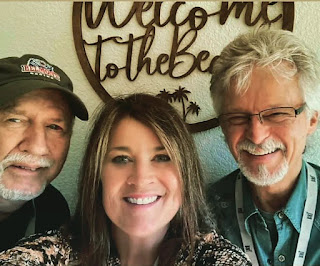 And with all of that they cancelled or delayed a ton of flight again this morning because of an FAA computer outage. Geez. Here’s hoping that’s fixed by tomorrow morning