Great Show in Morton...Bulldogs...California Ahead

Up early in Morton, Illinois preparing to return home to Nashville. 45 for a high today here, but 61 in Nashville. I think I can take this heavy coat off now.

Gosh, we had a GREAT “Evening in the Round” show last night in Morton, Illinois at the Bertha Frank Performing Arts Center, which is part of Morton High School there. Some kind of beautiful facility that those High School students have access too. 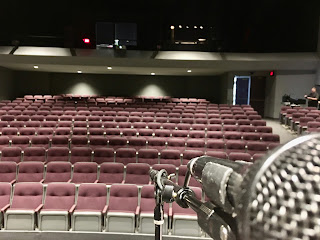 The place was almost sold out and the audience was incredibly nice to Linda Davis, Lang Scott, and me. So many wonderful moments in the show. Linda sang a Barbara Mandrell song that she sang at Barbara’s 50th Anniversary not too long ago at the Opry House. Lang sang “Misty” which he was asked to sing at a big affair that honored both Brenda Lee and Ray Stevens. Ray of course who recorded an iconic version of “Misty”.

And I got off a line about their High School football team called the “Potters”, mentioning it must be a heck of a game when the Morton Potters line up against the “Peoria Ceramics”. 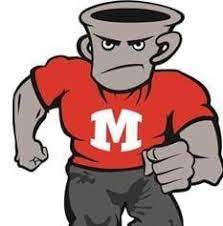 I met a man last night who went to Elsberry, Missouri High School where I graduated all those years ago. Elsberry is a town of maybe 1,200 or so, so that was rare. Very nice man as was his wife.

And my old guitar player Darrell Cummings who I have not seen in forever made the trip up from Lincoln, Illinois to see the show and share some old road stories. He’s playing steel guitar for different folks like Darrell McCall and Leona Williams and is doing so well. That was a special treat.

So thank you Morton for having us and thank you to the wonderful staff, sound folks, everyone who helped make last night so memorable. 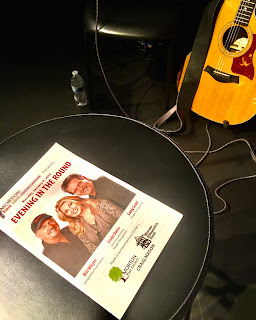 Lang taped the college football championship last night so we avoided trying to find out the score while playing our concert last night. We cued it up on the lap top back in our hotel room and we were done watching by halftime as Georgia toyed with TCU who was way overmatched. Wow. 65-7 was the final score as the Bulldogs win back-to-back championships. Wasn’t much fun to watch. The New York Post referred to it as a “historic beatdown”.  I kept wishing Alabama was on the field instead as it would have surely been more competitive. Congrats to the Bulldogs

Today I’m featuring the song that has a big true story smile on it, “The Ballad of Exit 199” that my friend Paul Bogart recorded. It’s all about the birth of he and his wife Tonya’s second little boy “Jet” that happened flying down I-40 in Nashville trying to get to the hospital on time. They didn’t make it to the hospital and the boy was born in the truck. We had written a wonderful song about his first boy’s birth titled “Buckaroo Lullaby” and when I heard Paul tell this incredible story, I told him we HAD to write that. And we did. The record reminds me of a style that Jerry Reed might have used to describe what was going on. 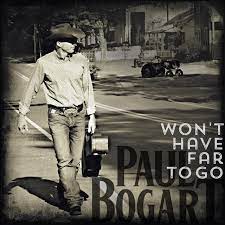 Yet another new study on COVID, this one coming out of Cleveland suggests the more vaccines one gets, the more likely one’s chances are of getting COVID. I think we’ll be doing studies on COVID for the rest of my life.

Meanwhile they’re saying the numbers are flat on COVID for the winter so far, but they expect numbers to rise after all the party gatherings over Christmas and New Year’s.

And the U.S. has extended the policy for overseas tourists arriving here. All must be fully vaccinated to enter.

One week after Buffalo Bills football player Damar Hamlin suffered cardiac arrest on the field in Cincinnati, he got to go home yesterday. Incredible work by the team doctors and the staff at the University of Cincinnati hospital where he received tremendous care. After living in Cincinnati for many years I knew the outstanding reputation of this hospital so I felt right away if anyone could get him home it would be the staff there. It’s just the kind of news to make ya feel good about a lot of humanity.

There’s a new toilet that not only flushes itself, but it also cleans itself AND plays music!  So you’re sitting there doing your thing and “Hit Me With Your Best Shot” starts playing? That would make me wonder…where exactly is that music coming from?

Rolls Royce had a banner year selling their cars to folks in 2022. On average, a Rolls will set you back $534,000. I somehow don’t envision seeing one ever sitting in my driveway. And Lord know you can’t load firewood in the backseat of those things.

From a husband who admitted, “It’s been raining for days now and my wife seems very depressed by it. She keeps standing by the window, staring. If it continues, I’m going to have to let her in.”

Planes routinely fly at 36,000 feet or so. I never knew why until I read this morning that the thin air helps the plane conserve fuel. Just in case you were wondering. Tell your friends and they’ll just be amazed at how danged smart you are.

Time to hit the road to Nashville where I’ll repack for a trip to rain-soaked California this Thursday morning with my “Hits & Grins” friends Steve Dean and Victoria Venier. More on that in tomorrow’s blog. 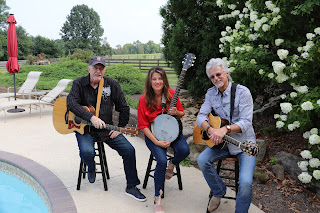