Another Hump Day to get over. 52 with light rain in Music City today. Rain fits the melancholy I feel as I got word that my daughter and son in law touched down in Germany where they will be stationed with the Army for the next three years. The positive news is that my wife and I will be making trips to Europe to seem them and the beautiful scenery that now surrounds them. I’m going to Google and see if Tom Bodet has a light on for us there.

I wrote with David Morris at a recording studio my publishing company owns. David signed a deal several months ago with my publishing company as well so we’re sort in the same family. David lives out east but comes to town regularly and stays a week or so to co-write with other folks as he did with me yesterday. He brought with him a true story of a friend who passed away recently and said something that made quite the impact with David. It’s all about not fooling yourself into thinking that tomorrow is promised to any of us. I can’t share the title here, but if it’s picked up and recorded by someone, it should make an impact with the listener who hears it.

I try harder and harder these days to not complain about things as I know others have a much tougher road in life than me. I’m one of the lucky ones and I certainly don’t take any days for granted anymore. So when David shared his story with me it made an immediate impact, and I’m glad he saved his idea for me to help write yesterday.

COULD NOT HELP BUT NOTICE

The studio we wrote in is owned by Daywind which is a huge Southern Gospel music company. Writers notice these kinds of things. In the gospel men’s bathroom at the recording studio we wrote in a sign hangs above the toilet. A beautiful picture with the words, “Amazing Grace How Sweet the Sound”.  I’m sure I’ll go to hell because I smiled while doing my business thinking, Amazing Grace is not the sound you hear in there.

I wrote a song with my friend Gerald Smith once titled “I Hope Gods In A Good Mood When I Die”. I’m thinking that again after that thought I had yesterday.

I got a few more details about our “Hits & Grins” show with Steve Dean, Victoria Venier and me that will happen on March 10 and 11 this year at Dollywood in Gatlinburg. We are part of a songwriter series for Dolly’s 50th Anniversary Celebration of her mega-hit “I Will Always Love You”. Turns out that we will be the first to kick it off that particular weekend at the park so that’s kind of cool. The shows will take place at the Showplace Street Palace Theater in the park AND we will do 3 shows each day that are 40 minutes in length. Still now word on showtimes but I’ll pass that along as soon as I find out. Might be a great weekend to plan. Book a room, get a chalet, buy some moonshine or taffy, play putt putt golf, and come to Dollywood to catch a show! 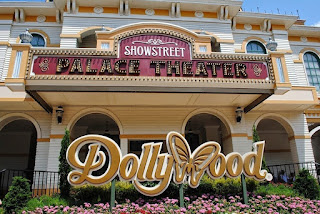 “My Prayer” is a simple prayer to God over what I think is a really pretty simple melody. I had written some of this the day I wrote with Darin and Brooke Aldridge online. They liked it right off and helped me finish it and then they recorded it. Darin and Brooke have recorded several songs of mine and this is one of my favorites because of the melody that’s married to a quiet prayer being said. And Brooke just sang the heck out if like she always does.

ANYONE ELSE OR JUST ME?

That believes every politician has classified documents in their home. Unless George Santos admits to having some and in that case…nobody would believe him.

A study today says that some foods that we assume are bad for us have health benefits. Chocolate and cheese amongst them. Woo hoo!  Eggs are also on the list, and if that’s the case…none of us can afford to be healthy right now.

Scientist in England are studying a man who has tested positive for COVID 43 times. Yikes.

Funny. A woman admitted, “This is the first year I’m not going to Fiji because of COVID-19. Normally, I do not go because I am poor.

Congrats to third baseman Scott Rolen who’s going into the Baseball Hall of Fame in Cooperstown. The only player selected this year. I saw him play several games with the Reds, but he also played for the Phillies and Cardinals. Great solid player. 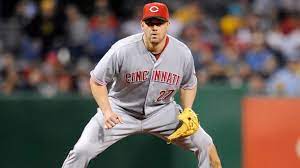 FYI…if you like baseball at all…a trip to Cooperstown should be on your list. I’d love to go back. The whole town is built around Abner Doubleday’s game. And the museum is terrific. When you walk in there’s a screen (or there was) that has the classic Abbott & Costello bit “Who’s On First” playing over and over and over. Makes me laugh every time.

The Superbowl is coming up in Arizona. The champion will be Philadelphia, San Francisco, Kansas City, or the Cincinnati Bengals. “Who Dey”. They’ve just announced that Chris Stapleton will sing the National Anthem. Prepare to have your socks knocked off. I’d be shocked if he doesn’t deliver a killer version. Chris was a member of a terrific bluegrass group that’s called “TheSteeldrivers” and that’s where I first heard his voice. I opened a concert once and they followed me on stage. I sat out front and the first time Chris opened his mouth my jaw dropped. And then the whole country’s jaw dropped the night he delivered this song with Justin Timberlake at the CMA Awards. Shortly after that his career blew up. Some talent is undeniable. Can’t wait to hear him sing the Anthem in Arizona.

SAY IT AIN’T SO

If you travel I-65 south like I do a lot, you can’t miss the big rocket that marks the entrance to a rest stop. That rocket has marked that place for 44 years but no more. It’s degraded to a point that they have to remove it. Aww man. How will we know where to pee now? 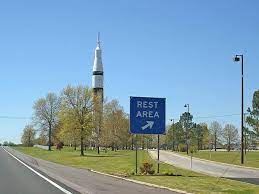 A travel expert suggests putting your valuables in one shoe and then stick that into the hotel safe. Why? So you won’t forget your valuables when you check out. If you’re missing a shoe you’ll remember it’s in the safe and won’t leave behind your watch and bitcoins. Not a bad tip for the forgetful

I had not heard this morning when I read an article about the band Iron Butterfly. Then had ONE huge hit “In-A-Gadda-Da Vida”. 1967 was the year the 17-minute record became a hit. And here’s the funny story behind it. The band shared an apartment. One day the drummer Ron Bushy walks in and sees Doug Ingle singing at the keyboard. He’d been drinking a lot of wine and was drunk. The song was to be titled “In The Garden of Eden” but Ron Bush was hearing “In-A-Gadda-Da-Vida”. And it stuck. 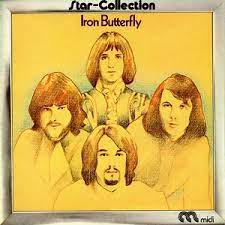 I think I’ll drink a lot of wine before I go to my songwriting appointment today.

“Florida Woman Rescued From A Storm Drain For The Third Time In Less Than Two Years”. Geez lady. Go to Chuck E Cheese and play in the ball pit for crying out loud.

I’m off to write with Victoria Venier who’s part of my “Hits & Grins” trio along with Jerry Salley. I’ve written multiple time with both of them, but this will be the first time the three of us have sat down to rhyme something together. Should be fun.