Tuesday morning. Clouds again this morning, BUT we did finally get ONE day of sunshine…yesterday. Little rain (like we need it) tomorrow and then we get into a cooler but more sunshiny days trend.

I wrote with just turned 20-year-old about to get married Addie Levy who made the trip over from Gatlinburg where she performs at Dollywood. And she’s been a park performer there since she was 12, first playing as a duo with her Father back in the day. Pretty cool. Addie plays several instruments. Guitar, mandolin (her main instrument) and a little banjo and fiddle as well. She wants to record a bluegrass album so she’s coming to Nashville to write with some folks trying to stack up some song for it. And that’s exactly the kind of song we wrote yesterday. It’s always fun to hang and create with young talented folks like Addie who have their whole careers in front of them and follow them to see where they might go. I like her chances, and I certainly enjoyed getting to know her a little better yesterday.

This is another Christmas tune that I wrote with my friend Brent Burns who recorded this on his Christmas album It’s called the “Santa Boat”. The thought was, if you live on the coast, isn’t there’s a fair chance that ole St. Nick might arrive at Christmas on a boat? 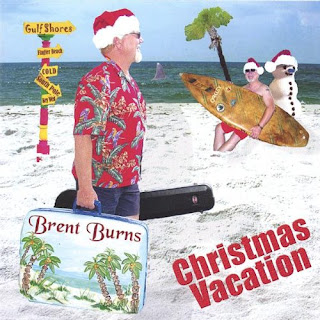 They’re calling it the Triple-demic season we’re in right now. Everybody got something. I found proof of that the grocery store. I went in to look for something to help me tame a long lingering cough I’ve had for a few weeks after getting over COVID. The cold section shelf was pretty barren. Proof I’m not the only one going through it.

A new study claims that vaccines have saved 3 million lives in the US. And it’s kept 1.5 million out of hospitals. The study came from Yale.

Flu shots are way down this year. The Department of Health and Human Services blame it on vaccination fatigue. Hard to get folks to roll up their sleeves once, harder to get them to do it for multiple shots.

THE AGE IS RIGHT

Bob Barker the long-time host of the “Price Is Right” just turned 99. His wife says he’s in great health for his age. How great? He takes only one medication. For hit thyroid. No blood pressure, no cholesterol, no other pills. That’s pretty darned amazing. We should all be so lucky.

Former Miss America Vanessa Williams just turned 60. Someone asked what her beauty secret is and she replied, “knowing where to get good Botox”.

HERE’S A SPORT FOR YOU

Chess-Boxing. Just like it sounds. You get in a ring and fight someone then sit down and play chess. For real. Apparently it’s been around several years. Here’s the rules. Two combatants play alternating rounds of blitz chess and boxing until one wins by checkmate or a knockout. An early version of the hybrid sport existed in London as far back as 1970. If they can put cornhole on TV, why isn’t this bad boy on the tube as well? 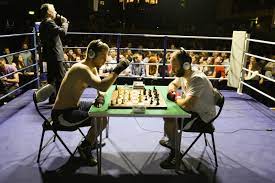 That’s the bridge that runs to Key West south of Miami. I’ve been over it a few times now. Beautiful drive if you’re not in a hurry. Speed limits are low in that long run from Miami to the burg where Hemingway held court for years. I did not know it until just now that the bridge is actually short of a 7-mile bridge. 6.79 to be exact. And there’s a water line that runs with it pumping fresh water into Key West. Who knew? The bridge has been replaced once and will be once again in 2030. Worth a trip to Key West just to travel over it. 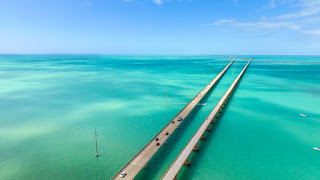 Random I know. But there’s something cool for kids to go to a tree farm with their family, pick a tree, strap it on top of the car and take it home to put up and decorate. They’re a fire danger for sure which is why so many have fake trees now. And since that is the case, why can’t we have a few fake tree farms?! Just asking.

Here’s four of those I read about that I mostly agree are true.

Watching videos of other people’s kids.

And finally, having to sing “Happy Birthday”. Even worse is sitting in a restaurant and having the staff of waiters and waitresses ambush you by loudly singing that song at your table announcing to the whole restaurant that you just turned a year older. I know I’m getting older (also on this list) but does anyone really enjoy that?

QUESTION OF THE DAY

I’m wondering if that Crypto guy they arrested in the Bahamas who ran a huge scam for years will be able to post bail using cryptocurrency?  I’m thinking maybe not. I’m glad all my money is buried in coffee cans in the backyard.

“One thing I know about parenting is that ice cream will resolve any issue. Just make sure you give your kids some too.”

I’m online writing with Josh Shilling today of the great progressive bluegrass band Mountain Heart. Josh is one of the busiest folks I know in this town. He produces, plays piano or guitar on a ton of recording sessions, writes, performs and on and on. He’s also one of my favorite singers as well. The Grammy Awards are coming up early next year and we’ll have our eyes on that as a song we wrote “Once Again” that the legendary Del McCoury recorded is on Del’s album “Almost Proud” that’s nominated for Grammy this year for “Best Bluegrass Recording”. Fingers crossed, as we’re up against some really stiff competition. But what an honor for sure. That happened because Josh knew Del and pitched him the song. And then Josh wound up playing piano on the recording of our song to boot. Take a listen by clicking on the song title link above. Looking forward to trying to capture that kind of magic again today. 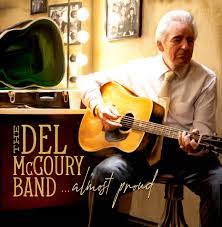