Friday morning headed into Christmas weekend. And we may actually have a trace of snow on the ground for Christmas since we got a dusting last night. It’s 1 degree above zero this morning with a whopping high of 10 above today in Nashville. Our driveway though is NOT snow covered which is a problem as it goes straight up. We don’t get a lot of snow and ice in the south, but when our driveway gets hit, and the curvy little road we live on, we have to wait for a thaw as you just can’t get out. And the road crews never touch our road. We’d be last on that priority list. So, I’m grateful that we’re not going to be snowed in here. 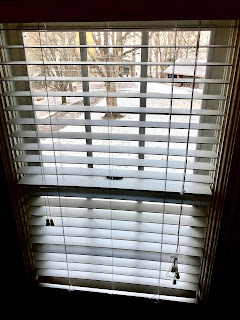 Others I know are not so lucky. Geez. Some huge snow and ridiculous temperatures being recorded. My sister Rita and her husband Terry are freezing in Rochester, Minnesota. My other sister Vickie out east is probably getting hit, and my brother Gary and his wife Kay?   They’re in Florida. They’ve got falling iguanas, but no snow to worry about in the sunshine state. I said this the other day and I’ll say it again. Living in Nashville is about as far North as I ever will live again. Don’t miss the crazy cold winters one little bit. After living in Wisconsin for 6 years and finally moving to the south, I got rid of our snowblower that got a lot of use up there. And I THINK we might have on shovel…somewhere.

I spent part of yesterday writing with my recently retired friend for the lumber business Rick Lang out in New Hampshire. Rick sent me a few titles, and we landed on gospel idea and had, and that’s what we wrote.

Rick is teeing up a possible couple of big music projects in 2023, and if they happen, I’m pretty sure some of the songs we wrote together will wind up on those. Rick wrote all the songs or co-wrote them for a project called “Gonna Sing Gonna Shout” for Billy Blue Records that got a Grammy nomination. So Rick got to out to LA with his wife and see the show. He didn’t win, but that project got enough attention to warrant a follow up project or two. The “Gonna Sing, Gonna Shout Album featured a lot of great bluegrass groups and singers singing songs that Rick and his co-writers came up with. Here’s one, that features “The Whites” called “Don’t Tune Him Out”. Good stuff. 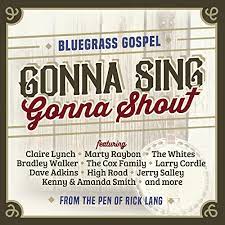 Today I’m going to feature the song “Crickets” that Joe Nichols recorded and made it the title track for one of his albums. And here’s the story behind that song.

My friend Lisa Shaffer who used to be part of my “Hits & Grins” trio called me one day and said, “Bill I have an idea for a song that’s got you all over it”. When she told me the title, I knew right away where the song would be going direction wise. Lisa then invited a lyricist Brent Baxter who I had not written with to join us on the idea. So one day, actually over a couple of days we wrote the song about those uncomfortable moments when someone says something and all they hear back is the sound of “Crickets”.

When the song was finished, Lisa and I loved it and thought it was a song we could pitch to artists. Brent’s publishing company at the time did not agree and would not contribute any money to making the song into a demo to pitch. So Lisa and I funded an acoustic demo on our own at a studio and chose a great traditional country singer in Kevin Denney to record the vocal. He nailed it, and the put the sound effect of “Crickets” where they needed to be. Soon after Lisa got it on a desk for Luke Bryan’s folks and they put the song on “hold” for like six months, then decided they were not going to record it. And then young artist Easton Corbin put it on hold for a little while and then also decided not to cut it. And that’s when Brent Baxter’s company woke up and decide there was more to this song than they had thought. They got it on the desk for Joe Nichol’s producer who loved it, and they made it the title track for Joe’s new album. Proof that one shouldn’t give up on a song sometime if you really believe in it.

The CDC is now predicting that respiratory viruses may continue to spread for weeks, possibly months.

The US is now releasing flue medication from a strategic national stockpile that I never knew existed. A lot of flu going around

A survey reveals that a lot of us are expecting more stress in 2023. Uncertainty, physical health, mental health, relationships with family and friends, and job security were the top reasons listed by those that responded to the survey.

I don’t think I ever want to be on an airplane that had the kind of turbulence they had on this Hawaiian Airlines flight where 36 passengers were injured. Nope. They just released this VIDEO showing how bad it was. It will put your heart up in your throat.

My daughter Heather worked for American Airlines for about 5 years or so and when I would ask her about being scared in flight she always replied that you get used to turbulence. Still, I don’t think she was ever on flight that was quite as scary as that one. And as a Dad, I don’t miss her being in the air all the time. But now of course she’s married to a pilot in the Army who will be flying officers and dignitaries around in Europe as my son in law and daughter prepare for their move to Germany.

Tired Of Being Harassed By Your Stupid Parents?

Move out, get a job, pay your own bills, while you still know everything.

My friend in Australia, young Angus Gill put out a Christmas album this year. One of the songs he recorded is a funny Christmas tune we wrote together over the internet one night called “Cheapskate Christmas.” I spotted this You Tube video of my friend singing our song in his car. So check outthis Christmas Caraoke performance of our song from my friend.

Holy Liposuction: Pastor Miraculously Shrinks Woman’s Waist During Live Event.  I guess you can lay down your sins AND your calories with this guy. Amen.

I wish each and every one of you a very blessed Christmas. Our daughter and son in law will be here Christmas night to and that’s about as good a Christmas present as my wife and I could hope for. Merry Christmas!