Thursday morning in Nashville and we’re racing towards the end of the year. And it’s starting to feel like Spring around here this weekend. At 5 am this morning the temperature is already at 51 with a high of 56 on tap today. And they’re talking about above normal high readings this weekend.

With the sun shining down and the snow disappearing I got out and got the salt and crud off my vehicle that had piled up after driving it in the snow a few days ago. The car wash had a line almost as long as the Southwest Airlines complaint line yesterday. Loooong. I got to the gym too and realized that everyone had the same idea of trying to get rid of those Christmas pounds in one day. It too was very crowded. Add a little college football yesterday evening (the Arkansas-Kansas game was crazy with three OT’s) and I saw some of the Kennedy Center Honors last night.

George Clooney, Amy Grant,(with Vince Gill sitting behind her) U-2, Gladys Knight were among the honorees. And my favorite moment was when George Clooney’s Dad, Nick Clooney spoke from his heart about his son. Pretty good stuff.

And Matt Damon's tribute to his friend was funny...at George's expense. Check this out. 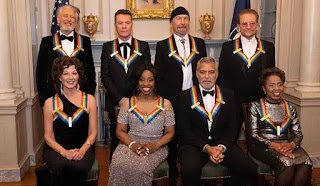 New Year’s Eve and brand-new year of 2023 is on us now. That means planning for some musical road trips again in January. Here’s what the upcoming schedule looks like in the near future.

Jan 9-Morton, Illinois with Linda Davis, and Lang Scott “Evening in the Round” show.

Today I’m putting a spotlight on “Never Been In Love LikeThis” recorded by Lauren Mascitti. Lauren is an American Idol girl who is absolutely one of my favorite girl singers in this town. If you watched during her season you haven’t forgotten her or her precious Nana who’s with her every step. I set up a writing appointment with her and Wil Nance, my friend who wrote “She’s Everything” for Brad Paisley. Wil loves REAL country voices and I knew he’d fall in love with Lauren (as everyone does) and he certainly did. We sat in his house over a couple of sessions and came up with this song that sounds a bit like an old Crystal Gayle song. That’s no coincidence as Lauren is a huge Crystal fan.

I had the title for that song the day we wrote it, and Wil Nance came up with this really cool structure for the chorus that builds to the title a bit at a time. The chorus goes.

I, I’ve never been

I, I’ve never been in

I, I’ve never been in love

The song went on Lauren’s current album “God Made A Woman”, and it received some great critical acclaim when it was released. Listen to her sing and you’ll hear why. 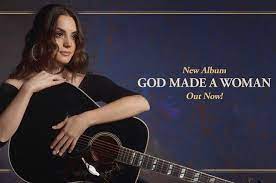 An article I read this morning listed the top 5 cities for a New Year’s Eve celebration. Nashville made the list at #4.

It’s no wonder Nashville made the list considering the talent they can invite to play and ring out the old and ring in the new. This year’s entertainers include Brooks and Dunn, Little Big Town, Zac Brown Band, Kelsea Ballerini and more. Add to that all the clubs on lower Broadway with great bands and music and you can see why a lot of folks booked plane tickets to get here for the celebration.

My daughter was born on New Year’s Eve so we quietly celebrate that now…without any funny hats or noisemakers. Y’all go on without me.

“My 7-year-old says, ‘trust me’ a lot. This coming from someone who lies about wearing underwear”.

An airline attendant passed along some tips for us flyers.

Don’t wear shorts. The plane isn’t that clean. Wear something that covers up more to protect against germs.

And never touch the handle on the toilets. Practice flushing with your shoe…I guess.

Not a ringing endorsement for flying is it?

Amazon has now started drone deliveries in both California and Texas. Not sure if the drone comes back for returns or not. Checking.

Avatar: The Way of the Water has already made near a billion dollars in box office money after just being out for a couple of weeks. Those blue folks are making him richer and richer.

I’m working on a blockbuster movie idea myself as I’m trying to cast George Santos in the lead role of a remake of Pinocchio.

I’m back writing today. Today I’ll join my longtime friend Steve Dean at my publishing company and we’ll see if we can’t make a little musical magic. I saw Mega Millions had no winner at the last drawing and it’s now worth 640 million dollars. I may have to pull over on the way to my writing session today.