Wednesday morning, the last Hump Day of December boys and girls. The snow is mostly gone here in Nashville and we’ll reach 55 today. This Sunday it’s going to be sunny with high of almost 70. Yo-Yo weather for sure.

We had a little post-Christmas breakfast with our daughter Heather and her husband Casey before they pulled out and headed home to Alabama. Nothing better than having your kids home for Christmas, even if it’s a short while. We’re grateful they are close enough to drive considering how many horror stories I’ve heard from friends and family who have missed flights and have been stranded. Some horror stories for sure.

Today I’m going to feature a song I helped write titled “Details” that Nick Dumas not only recorded and released as a bluegrass single this year, but it will also be the name of his album that will be out in a few weeks.

Tim Stafford, a great bluegrasser-singer-guitar player over in Knoxville and I write quite a bit together online. He brought this idea “Details” with him to the online table that day and another great bluegrass Becky Buller who’s won multiple bluegrass awards as has Tim joined us that day. It turned out to be a great combo that particular morning. The song spilled out, Tim did a little recording of it, and then pitched it to Nick who lives up in Wisconsin. Nick loved it immediately and just recorded the heck out of our little song. Thank you Nick! And thank you Tim and Becky for the co-write. 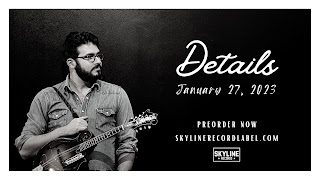 Southwest cancelled another 2,600 flights yesterday. Gosh what a mess. The other major airlines have had much more success getting folks back home after Christmas. Some of the articles you read are suggesting Southwest has an antiquated computer and scheduling system. And they are still saying more flights will be cancelled in the next few days as they try to figure out how to right that ship. 150 fights in Nashville were cancelled yesterday. And they expect to be flying only a third of what they normally fly for a bit.

I love Southwest. But if I got stranded and had to pay an exorbitant amount of money for some kind of rental vehicle to drive 1,500 miles home as one of my friends just did?  I want a refund and some answers at the very least. I travel a fair amount, and I’m at a point where I’d rather drive than fly anyway. And what’s happened over the past few days with the airlines will make me want to drive even more.

Hong Kong is letting go of all COVID restriction rules there because their economy has taken a hit. By opening back up, they hope to solve that problem.

Meanwhile in China the hospitals are now overloaded with patients after they rolled back their COVID restrictions.

Some good news. The CDC is saying the flu season is waning. Cases are dropping. Nobody gonna miss the flu.

“I saw a sign that said, “Watch for children” and I thought, “That sounds like a fair trade.”

The price growth for homes just hit a 2 year low. Those high interest rates have something to do with that I’m sure. Although, when I search homes online I don’t see a lot of bargains…yet. Heck, a new double-wide trailer will set you back $158,750.  Tornadoes are free, but the pink flamingos and tractor tire sand box is extra!

A lot of music fans are upset with Ticketmaster and their price gouging. Artists are as frustrated as the fans and some are trying to do something about it…Taylor Swift included. But the greatest sign of that is from new country artist Zach Bryan who’s new album is actually titled “All My Homies Hate Ticketmaster”. I’m wondering if Zach is working on song about Southwest Airlines as well. 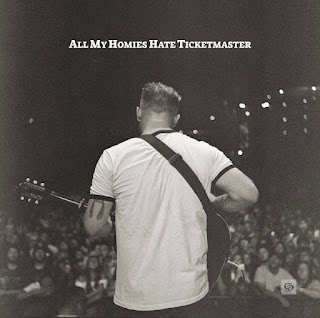 The Governor of South Dakota, Kristi Noem got a flamethrower as a Christmas present from her staff. She wanted one. The flamethrower came with an engraved plate that has the South Dakota state motto on it. “Under God, The People Rule”. Might want to be nice to the Governor up there.

“I Have 100 Children But Can’t Have More Kids Because Of Inflation”. Wow. I would think if one had 100 kids that you would just stay “inflated” all the time.

Still in a post-lazy-Christmas mode right now. A normal schedule for me doesn’t really happen until after New Year’s. But there’s some great college football bowl games on today as we’re now getting to the better games with the better teams. So call my couch number if you need to reach me.