Thursday morning in Nashville. Getting might close to Christmas kids. And that cold weather that’s on the way for so many is now being described as a “once in a generation” storm. It going to get cold really quick. It’s never good when the weather folks come up with new terms like “Bomb Cyclone”.

It will be 51 for the high today but only 12 above tomorrow. Yikes. And flight cancellations are already piling up. Here’s hoping folks don’t spend Christmas stuck in an airport.

Just did a little catching up and working forward yesterday. Got to the Y and jumped on one of those bikes that you can pedal forever and never move an inch. Weird. But last night I got out and caught a little Belmont basketball at the Curb Center here in Nashville. And the good guys won so that was fun. 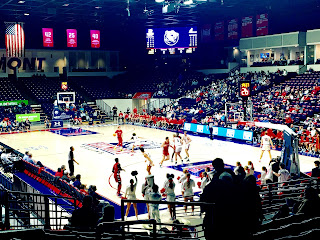 Today I want to feature the song “All That Cowboy Jazz” that Paul Bogart recorded, released as a single and then filmed this great VIDEO at a little bar in his hometown of Oologah, Oklahoma where the dance floor now has the logo of our song that folks can dance on out there. How cool is that?

I had that title for a while and after getting to know Paul, who is a real deal Cowboy, he got a scholarship for rodeo out in Oklahoma for team roping, I knew the idea would appeal to him. So I had a writing appointment with him and the very talented Zach Runquist who can play every instrument extremely well at Sony on Music Row and showed them the idea. They loved it, and Paul and Zach got it into a western swing thing, which is where the song needed to be and then the lyrics about all things cowboy started falling out. I love cowboy music and swing music, so this is one of my very favorite tunes I’ve gotten to be a part of.

When you watch the video, pay attention to the scene where a couple of good ole cowboys get into a fight out in the parking lot. Turns out these two are brothers and acted it out so well that one got an accidental bloody nose Paul told me. Too funny.

I never get tired of hearing this song. Thank you Paul and the great studio musicians that day for cutting the heck out of it. 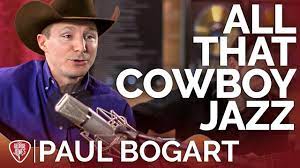 The American life expectancy fell from 77 years of age to 76.4. For men, it’s a loss of 8 months on average. And the main culprits they say are heart disease, cancer and good ole you know what. COVID.

The WHO released a statement saying they are “very concerned”  about reports of SEVERE Covid cases in China popping up after that country has come out of a hard lockdown.

Some good news. Researchers at Yale University say 8 patients with long COVID had their “brain fog” lifted after a combo of medicines they put together that are FDA approved. Brain fog is one of the most common symptoms for patients stuck with long COVID.

This sign was posted outside a church in their parking lot. “Thou Shalt Not Park Here.” One of the great all-time commandments.

These days, a lot of folks are looking for ways to bring in extra money. Readers Digest just printed and article listing 25 great side hustles. Driving for Uber or Lyft, freelance writing, doing a podcast and mowing lawns were some of the suggestions. For me personally I’m waiting to see if the Senior Chippendales will hire me for some weekend gigs. Stand by.

James Cameron has an eye for the future. His Avatar movie sequel is bringing in huge dollars at the box office right now and he told the press that scenes for Avatar 3 and 4 are already in the can. It’s good to be “blue” right now. 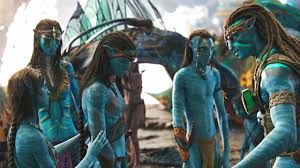 Every songwriter would love to have one Christmas song in their catalog that gets airplay. That’s because if you’re lucky enough to have one of those, radio stations play them every time Christmas comes around. It’s very hard to get one of those as radio stations tend to play the “familiar”. But my friend Randy Brooks goes to the bank every Christmas because he wrote “Grandma Got Run Over By A Reindeer” that has put his kids through college and given Randy and his wife a very nice life in Texas.

And here’s monetary proof of how great that can be. The Mariah Carey Christmas song “All I Want For Christmas Is You” (which might be the most played Christmas song on radio) still generates 2.5 million dollars per year. Mariah co-wrote the now classic with her writing partner at the time Walter Afanasieff. Walter says, “thank you.”

Some popular Dyson vacuum cleaners are selling at a 40% discount at Walmart right now. The advice? If you’re a last second shopper guys, don’t let the price motivate you to buy one as a Christmas gift for your wife. You’re welcome.

“Woman Fired For Twerking On TikTok After Taking Paid Leave For Bad Back”. Yep. That’ll do it.

One last songwriting appointment before Christmas. This one with my friend Rick Lang out east on our computers. Kind of appropriate since Rick and I had a Christmas song we wrote together recorded by the bluegrass band Terry Baucom’s Dukes of Drive “Christmas At The Old Homeplace" that Cindy Baucom sings lead on. A pretty nice Christmas present this year.