Hello Monday morning and get braced for colder weather. It’s 25 early this Monday morning with a high of 46. But come the weekend the lows are going to drop like a roller coaster all the way down to 5 above at night. A COLD Christmas on the way.

Could be worse. It will get cold enough in Florida later this week that those danged Iguanas will start falling out of tree again. What a weird deal that is. I think if I ever have another band I’ll call the band “The Falling Iguanas”. 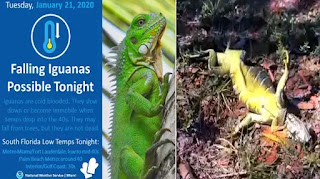 Stayed in for the most part and saw a lot of really exciting NFL games. I just happened to tune in at the right time to witness the biggest comeback in NFL history when the Vikings where were down 33-0 at half came all the way back and beat the Colts in OT. Unreal. My Titans can’t seem to win a game anymore, so I’m rooting big time for Joe Burrows and the Bengals right now as the “Who Dey” bunch is rolling big time. And I also saw the New England Patriots make one of the worst plays ever in NFL history at the same time allowing the Raiders to win on the last play.  What were they thinking?

Our “Hits & Grins” trio added two dates at Dollywood in Pigeon Forge on Friday and Saturday March 10 and 11 as part of a new songwriter series there that Victoria Venier is in charge of hosting. She booked several weekends, and our trio will play one of those 7 or 8 with me and Victoria and Steve Dean. As soon as I get our start times and the exact venue we’ll be playing in at Dollywood, I’ll get that posted in the calendar sections here on the website. Might be something to plan for. A weekend in the beautiful Smoky Mountains and come catch one of our shows! 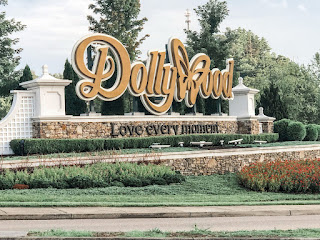 TRACK OF THE DAY (Speaking of Dolly)

Today I’m sharing the first song I wrote with my Missouri friend Becky Denton “I Love Dolly”. A friend of both of ours back in my hometown of Montgomery City, Missouri told me he’d love for me to meet Becky. My friend had seen her perform, even booked her a couple of times. So, one thing led to another and we meet at ASCAP on Music Row one morning to meet and write a song. One question I often ask when I’m with a new writer, especially those who have not written much, is “who do you listen to”?  Becky immediately told me how much she loves Dolly Parton. So I said, “let’s write a song about all the reasons you love Dolly”. We did, and the song turned out so great. And who doesn’t love Dolly? Just click on the link above and listen to our little tribute to Dolly.

The COVID thing certainly looks to be hanging with us for a long while with no end in sight. New stats reveal that last week in this country there were 5,400 folks hospitalized with COVID and 2,7000 more deaths recorded.

Even more startling is a projection suggesting 1 million in China could die from COVID in 2023 with that country now coming out of a hard lockdown.

On an optimistic note, one opinion writes says there are some reasons to be positive for the winter ahead. There’s a high level of population immunity. There’s an almost non-existent severe COVID illness in the hospitals. And there is virtual interference from RSV and the flu.

Somebody put this sign up outside their store to make their customers laugh…or groan.

“I Never Finish Anything I Start. I Have A Black Belt In Partial Arts”.

A LITTLE SCARY FOR SOME PARENTS

New statistics show that almost half of those age 18-29 are still living with their parents. Wow. I think that’s why my friend Brent Burns wrote this really funny song, “Please Don’t Let Those Kids Move Back Home.”

The record setting home run ball off the bat of Aaron Judge that Cory Youman’s caught in the stands in Texas, number 62…just sold at auction for 1.5 million bucks. And while that seems amazing, turns out that Cory had a private offer of 3 million and turned it down. Thinking it would fetch even more

That James Cameron sequel took in a whopping $134 million at the box office this past opening weekend. And worldwide, it took in $455 million in one weekend! It’s a good time to be blue.

If you don’t have kids, you probably have no idea what the hot toy might be. There’s always a few new ones that parents run to the stores to try and get before they are gone. I looked at a list of the hot ones and the one that caught my attention is something called “Crazy Aaron’s Thinking Putty”. I’m not sure I really want my putty thinking, but it’s hot with the kids this year. When the kids get bored with it and move on to the next “hot” thing, hopefully the putty can be used to caulk your tile. 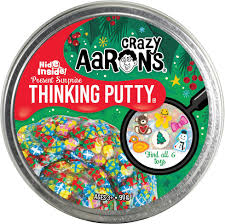 Vanna White has been turning letters now on “The Wheel of Fortune” for 40 years! Can I buy a danged vowel?

If you just can’t find anything unique for the “unique” person on your Christmas list this might be the ticket. A mullet calendar. Yep. Just like it sounds. Dudes with mullets. One month at a time. Can’t wait to see my wife’s expression when she opens that gift this year. 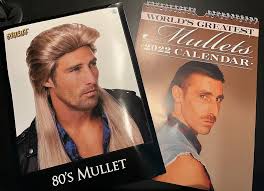 Tis the end of the year which means a lot of layoffs are happening. A time to dread Fridays. Especially if the boss walks in on a Friday and says, “Can I see you in my office for a second.” Not a good thing at holiday time. And it happens every year.

With that said, a lot of employees are turning the tables as new study says that 46% of professionals will look for another job come first of the year That number was 41% just six months ago. 60% of all employees are seeking higher salaries and 37% claim that perks and better benefits are a plus. And 36% are seeking more flexibility to choose when and where they work.

Nothing big on the calendar for Monday. Making it up as I go.