Church Song...Track of the Day...The Road Ahead


Hump Danged Day. And the hump we’re trying to get over here in Music City is RAIN. We’ve had our share, and today it could be heavy rain. 100%. The good news is, this is the last day for it as we return to cooler by sunny skies starting tomorrow. Can’t wait.

I wrote online with Josh Shilling yesterday my talented friend with the group Mountain Heart. At least that’s one of his jobs. He stays busy wearing a lot of musical hats. We had a chance to catch up as it had been awhile and then got down to tackling a bluegrass gospel song titled “New Hope Baptist Church”, which is the church me and my family attended when I was growing up in Missouri. A little one room church for the most part where our family sang, and Mom played the piano for that little church. So we tried to capture the images of a Sunday morning that one experiences in a church like that and it turned out great. Small town, real folks, no AC, Broadman hymnals and the preacher shouting the word. It’s the kind of song that bluegrass groups record, so here’s hoping that will happen for this little memory of a song as well. We’ll see. Thank you Josh for penning it with me.

I’ve been so blessed to have had so many folks record songs that I’ve been a writer on. So starting today on the Bill Blog I’m going to start sharing those songs. One a day until I run out. And thankfully, that will take a LOT of blogs.  So let’s start today with the first major cut I had in Nashville “If George Strait StartsDancing”.

I watched the CMA Awards Show several years ago and saw them trot out dancers during a Lee Ann Womack performance, and again with (of all people) Alan Jackson. So I grabbed my guitar and wrote two verses and a chorus to “If George Strait Starts Dancing, Somebody Shoot Me In The Head”. A couple days after I wrote that I popped my head into a studio on Music Row owned by my friend Steve Ivey. I asked him to listen to it and see if he thought it was funny. He did and asked to hold onto the CD I had given him to listen to, not thinking much about it.

A day later he calls and says, “Hey Bill, I think I got your song recorded.”  What?! How?  He walked it over to the office where Cledus hung out. He listened to it, loved it, and then he and his producer Chris Clark finished up the song and became co-writers on it. It went on his album "Cledus Envy". 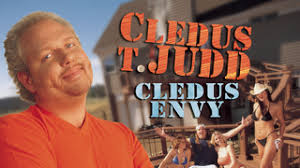 Because we’re in the holiday season, my calendar is pretty wide open until after New Year’s. But come January some show dates will be on the calendar

January 9 in Morton Illinois with Linda Davis & Lang Scott with our “Evening in the Round” show. 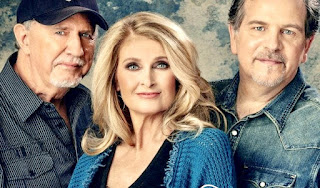 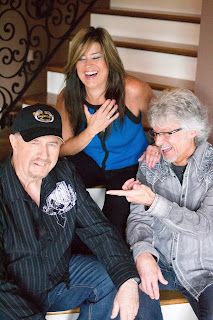 And it looks like the two shows I lost with “Hits and Grins” in Virginia are about to be rescheduled for early February in Culpepper and West Point. Those dates got cancelled when I came down with Covid several weeks ago, so I’m thankful that both of those theaters want to reschedule. Details coming soon on the calendar section here at the website.

A get your attention headline yesterday in the New York papers. Amid a “Tripledemic, It’s Time To Mask Up Again, says Experts”. Gosh. If they force us to wear masks ever again, I’m wearing this one.

Now veterinarians are suggesting we get our dogs vaccinated. Dog flu is apparently spreading.

Florida Governor Ron DeSantis just asked the Supreme Court to empanel a grand jury to investigate “wrongdoing” linked to the Covid-19 vaccines, including spreading false and misleading claims about the efficacy of the doses.

Yesterday I blogged about Chess-Boxing being a thing. The winner either checkmates the other opponent or knocks him out. Uh huh.

How about some Tall-Bike-Jousting?  That exists too. Just like it sounds. Take alook at this and tell me a couple of rednecks didn’t get together in a bar one day and say, “you know what would really be cool”?

Blake Shelton just won for the 9th time on “The Voice”. His contestant and country singer Bryce Leatherwood was named the winner last night. Blake has one more set of shows before he retires from the Voice. Seeing who NBC will choose to try and replace him will be interesting. They have big funny shoes to fill for sure. 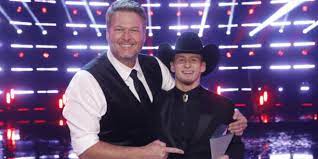 Neuroscientists claim they have created a mood detector that can now measure how depressed we are. And I’m sure folks will pay large dollars to find out exactly how depressed they are. I’m going to save money and stick with the mood detector I already own. 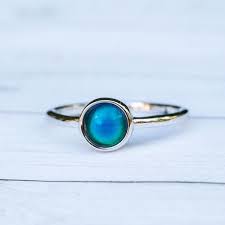 Here’s two that caught my attention in an online list of all time worst gifts given.

A woman got a book titled “How To Take Criticism” at Christmas. From her mother-in-law. Merry Criticism to her.

And someone else got a gift card to a restaurant. That was closed and out of business.

I’m turning my attention to trying to finish up my Christmas shopping. I’ll be double checking the gift cards to restaurants I’m giving, making sure they have not closed up!