Rolling into the first Monday of December. It looks like we’ll have a stretch of rain for several days. But the temperatures are going up again. 52 for a high here today but back in the 70’s by Thursday.

Mine started Friday morning co-writing with Tim Stafford online. He in his brand-new house his wife and he built with some kind of view of the Smoky Mountains. Meanwhile, I’m on my laptop with a view of Old Hickory Lake  outside my writing window. And we connected not only through the internet, but through a mutual love of bluegrass and country music. And we wrote a song about things we’d ask our Father’s if they were still alive today. A few things were tucked in the song about my Dad, some about his, some about Father’s in general. I’m sure if you think about it, there’s some questions you’d like to ask yours.  Hopefully the song will find a little home and then resonate with some other folks.

Unexpectedly, I got a note from Scott Southworth letting me know that the song we wrote several years ago together from an idea I had specifically for him landed at #1 on this indie chart for traditional country singles. Very cool. Scott plays overseas a bit, and I knew this. So when our writing appointment popped up one day I took the title “Country No Matter WhatCountry” (You’re In) to the writing table. I think I had a chorus and maybe part of a verse and he loved it. We finished it up and it just laid around for a while like a lot of songs do and then he recorded it. And THEN Scott got this wonderful idea of inviting 6 other traditional country singers from 6 other countries that he had gotten to know during his travels to sing on this song with him which took the song to another cool level. And now here it is at the top of this Singles Chart. Thanks for recording the song Scott. 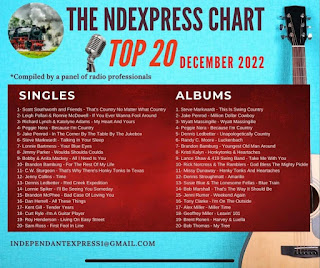 And I saw one movie I’d highly recommend. The follow up to “Fisherman’s Tale” on Amazon Prime is available now titles “Fisherman’sFriends”: One And All. If you missed the first one, watch it first of course. It’s a true story of some old guys in England who are fishermen by trade, and they sing those old sea shanty songs. 10 guys in all. A record label discovered them accidentally, they got signed to a deal and they blew up as an act and became famous. It’s not only fun, but just hearing those old songs is reason enough to watch. 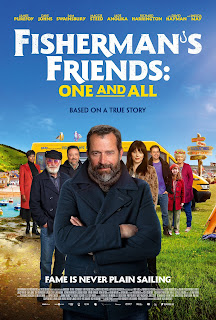 Those Mall Santa Claus folks have pretty much heard every kind of a request from small kids who walk up and sit on their laps. Here’s one that’s a tad different. A kid sits on Santa’s lap and tells the jolly fat guy that he would like a Barbie for Christmas and some bottle rockets to shoot her to the moon. Sounds like all boy to me.

OLD AGE IN A SHELL

The world’s oldest living land animal just celebrated his 190th birthday!  Jonathan The Tortoise who slowly rambles around Helena Island, a British territory in the Atlantic owns that old age distinction. 190! I want some of what old Jonathan is drinking. 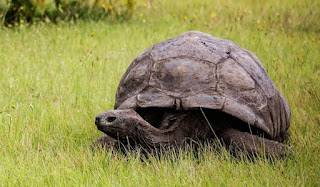 Believe it or not, cassette tapes are hot again. They’re selling. And sales are going to go up for a while according to those in the know. Vinyl records have been hot for a while, and now cassettes? Nostalgia I guess. The question is, where do you get a cassette player? I’m waiting for the big resurgence of 8-Track tapes now.

Yesterday was National Cookie Day. Yes. They have a day for everything. Subway decided to seize the moment and have rolled out a footlong cookie that you can get for a few days…if you need one. I’m holding out for a foot long Rice Krispie treat. 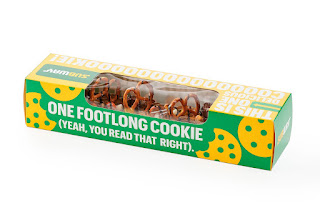 A Mom tweeted this. “I gave my toddler my phone for a minute and now I have 254 photos of her ear to delete.”

This evening I get to hook up online with two of my favorites Darin & Brooke Aldridge the bluegrass Grand Ole Opry stars. They’ve been busy as always, but finally found time to write something new together again. I’ve been blessed to have them record so many songs I’ve mine including the “Grand Ole Circle” song that I’ve blogged about many times here. Hoping we can write something that good again this evening.