Tuesday morning. Two days until Turkey Day. Hard not to brag about the weather in middle Tennessee these days. 59 today, then lower 60’s on Thanksgiving Eve and Thanksgiving Day.

After being sick for several days, it was nice to just sit at my desk and address the stack of “stuff” that’s kind of piled up. Amazing how not much else matters except trying to get better when the ole sick bug gets ya. Certainly glad to be feeling more like me.  I’ve got a writing appointment tomorrow morning, the first in over a month after being on the road, and then feeling like a Peterbilt hit me, so I’m looking forward to getting back to rhyming again. And then tomorrow night I’m back on stage at the Listening Room here in Nashville with this group of talented songwriters, hosted by my young friend Taylon Hope who’s coming into her own these days. It’s a great venue for songwriters, great cold drinks, and food, so come on out and enjoy a musical Thanksgiving Eve with us. 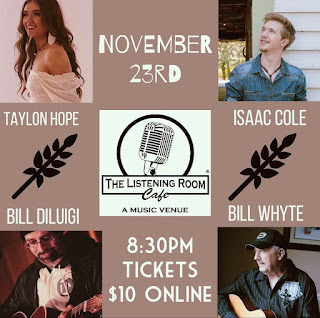 NOT ONE BUT TWO NOMINATIONS

I’m not sure how in the world this happened but I was blessed to receive word yesterday that two Albums that I have songs on are up for the Golden Guitar Award in Australia, the equivalent of a CMA award here in the states. 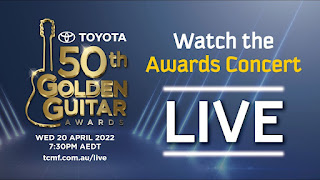 First, Kristy Cox’s “Shades of Blue” is up for Traditional Country Album of the Year that I have four songs on. Including this song “Person of the Year” that I wrote with Kristy and Jerry Salley that got nominated for “Song of the Year” last year but didn’t win. However, two years ago the three of us were blessed to WIN that prestigious award for the song “Finger Picking Good” that won the “Song of the Year” that also featured world class guitar player Tommy Emmanuel. 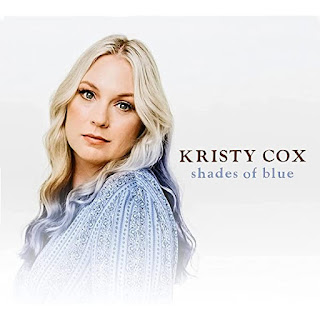 And if that wasn’t enough great news (and it was) Tania Cassidy’s new album Travelling Heart that my friend Angus Gill produced is ALSO up for Traditional Country Album of the Year that I have two songs on that I wrote with Angus including this fun song. 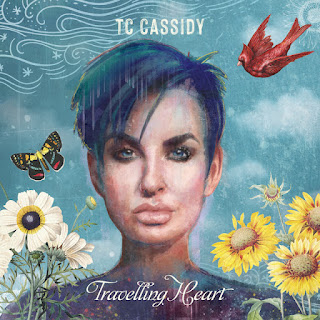 The awards show will be held on January 21 early next year in Tamworth, Australia. Just amazing news for sure. Congrats to Kristy, TC and all my co-writers, and good luck to us! 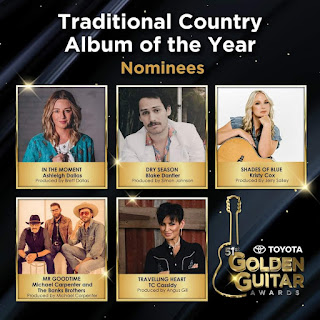 Two big school districts here in the Nashville area shut their doors yesterday because of so much illness. Flu, COVID, colds. Stop me if you’ve heard this before. Other school systems around the country are doing the same.

What do after you catch COVID? Here’s what I had not heard. Do not exercise until 7 days afterwards.

Of course a lot of testing has gone on because of COVID since the pandemic began. Here’s a funny “testing” T-shirt of a different kind that might make the perfect stocking stuffer for someone on your Christmas list this year. 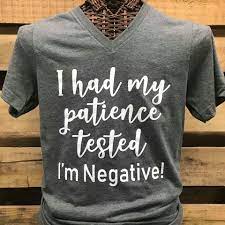 HE LANDED A WHAT?

A fisherman just landed a 67-pound GOLDFISH. A gold-danged-fish. How big must the tank have been that he caught that bad boy in?  I had no idea that goldfish got that big. Did you? 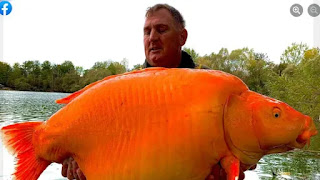 I know a goldfish can live longer than one suspects. My daughter Heather when she was very young got ping pong ball to land in a glass at a little fair we were attending. The prize?  A little goldfish in bag that she promptly named "Goldie". I figured the little thing would be gone in a few months but it lived and lived and lived. It was collecting social security before it finally floated away to gold fish heaven one day. The things you learn as a parent.

Disney fired it’s CEO and replaced it with someone who was CEO before in Bob Iger. Their stock jumped big time on the news. My retired Hall of Fame radio friend Gerry House tweeted this morning, “Disney Fires Goofy”.

Bob Dylan wrote love letters when he was in High School in Minnesota. He or somebody hung on to them and put them up for auction this week. They sold for $670,000. Love letters. I’m sure my wife must have stashed away a love letter I wrote to her when we were dating. I’m taking opening bids right now for the one that began:

I love you more than a sweet orange

Here’s a funny marriage tweet from a wife. “IKEA needs to provide better descriptions on their furniture like, what is the divorce rate on assembling a TV stand”. I can relate. A funny comedian once said, “everything I ever tried to build turned out to be an ash tray”. Pretty much describes my building skills.

Nothing big today. Still working on scratching off a few things on the “to do” list that I got behind on while not feeling well last week.