Tuesday morning in Music City. 49 for the high here today.

I got home for a long 3-week road run down to Florida and Alabama, and on the very last day developed a slight cough that got a little worse on the drive home. It was probably wishful thinking to not t getting the flu or COVID considering the miles, and the amount of folks I’ve been around. Sure enough, tested positive yesterday. And that of course set off a chain of things on the calendar that have to be cancelled including two show with “Hits & Grins” this Thursday and Saturday in Virginia. Hopefully these two shows will be reschedule in March or April. I’ll let you know.

For now, it’s a lot of bedtime and medicine doing all I can to recover. Just hoping to feel better sooner than later.

So I’m going to get in a lot of couch and TV time during my quarantine period. A little Monday Night Football last night where the Eagles lost their first game of the year to Washington, and I did check ou the season premiere of Yellowstone with Kevin Costner and the crew. Though I’ve not seen all the episodes, one can watch just a little of the show and see how well written it is, and how beautiful the Montana scenery is. Not for everyone as its raw and violent at times and comes with a Mature Audience rating. So be forewarned.

Not good news here. For the second straight week flu cases, hospitalizations and deaths have doubled.

Both Pfizer and BioNTech their Omicron booster is stronger than the original shot.

South Korea has the dubious honor of having the most COVID cases in the world. 981 cases per 1 million.

Amazon is to lay off 10,000 employees this week. Hard to imagine with how busy they should be delivering Christmas packages right now. It doesn’t land on the roof, but those Amazon Prime trucks have become Santa’s biggest helper.

I saw a book on Amazon, “How to reduce your life’s problems by 50%. Naturally I ordered 2 copies.

Garth Brooks is going back to Vegas for another residency at Caesar’s. He has dates there in May, June, July, November and December 0f 2023. One of the truly great entertainers, on a big stage or just by himself with a guitar. The latter is the kind of show he did the last time he did a residency in Vegas taking requests and singing songs that were not Garth songs, just songs he loved, and the audience loved. 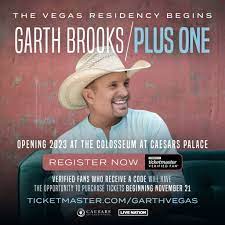 Garth is a great interview too. Very quick and self-effacing.

I once interviewed his wife Trisha Yearwood who revealed that Garth would laundry her clothes, including her underwear. I made not of the that, as about a week later I had Garth on the phone for an interview in Cincinnati. When I told him what Trisha said, he replied, “Aww…you can’t trust a word that lying woman says”. And then he laughed. And so did I.

Garth will bash a guitar to pieces sometimes on the big stage. Wonder if he’s ever poured water into a guitar and played it?  Like this guy did.  Quite the sound huh?

While in Key West, Mac McAnally was on stage after I introduced him, and it was just Mac and his great songs and his guitar along with a percussionist. The percussionist had a hub cap he played on a tune!  But he also had a guitar with a strap on it that he hung round the top of his neck like lanyard, and then used that guitar to play rhythm behind Mac. I’d never seen that before either, but it was very cool

Nod if you can relate to this story from these parents.

My wife just pulled me into the other room, and I thought she wanted to have a serious talk. But she just wanted to give me M&M’s without the kids seeing.

Back on the couch, or in the bed trying to get better.