Happy first Day of November! Getting ready to head into Key West this morning. It’s summer here. 80’s all week in Key West.

I’m in Homestead/Florida City, Florida this morning getting ready to check out of a hotel room and drive about 3 hours or so, depending on traffic into Key West for MOTM “The Meeting of the Minds” gathering of the Parrot Heads. A full week of Trop Rock shows, concerts, jams, and big award show and more. Anyone who plays beach music and or loves Jimmy Buffet type music will be on the island for the week. So yesterday I had a free day to rest up for what should be a very busy-fun week in the town of Hemingway and pirates and free spirits. 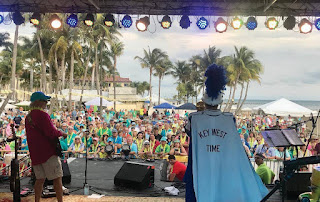 The big Trop Rock Awards show is this Saturday night at the Key West Theater and a song Brent Burns, and I wrote called “Come Play In MySandbox” is up for song of the year. Last year, my first year at the event, I got to see Brent receive the Album of the Year award for “Jukebox on the Beach” that we had 8 co-writes on. 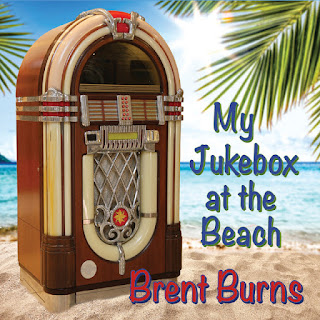 Plus I got to help surprise Brent by sneaking out on stage and letting the audience know that my friend was receiving the Lifetime Achievement Award, only the second Trop Rock artist to receive that honor. So I’m hoping lady luck might shine on us again this year.

Besides emceeing whatever events they need me to emcee at the Casa Marina resort, I’ll also play at least three times.

Once at Island Dogs at a daily songwriter round Brent Burns hosts.

One show on a VIP Cruise…a comedy cruise with me and Brent and Texan Stoney Gabel. 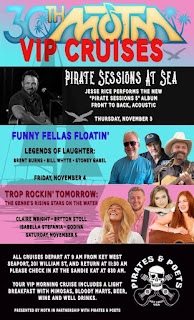 And one other show at Kelly McGuire’s Lighthouse Songwriter series that takes place on a big stage on the sand with the water behind us at the Casa Marina Resort. 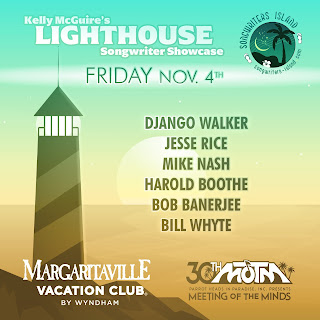 Other shows may pop up. I’ll let you know here if they do. But you can see why a couple of days off turned out to be a good thing.

Our “Hits & Grins” trio with Steve Dean, Victoria Venier and myself just added a Nashville show for January 19 at 8:30 pm at the Listening Room Café. This is a great venue in town, so if you’re planning a trip to Music City, maybe keep this Thursday night show in mind and come see us! It’s always fun playing this room. Great food and drink too. 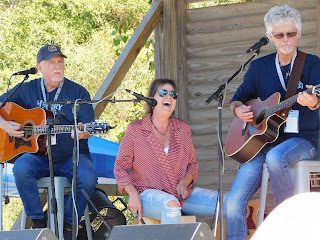 The CDC Director Dr. Rochelle Wallensky just tested positive for COVID a second time 10 days after the first time she tested positive. A rebound case. Rebounds are great in basketball…not so great for COVID.

NBC is reporting that Covid was a contributing factor in 25% of maternal deaths in 2020 and 2021.

A Mom got yelled at last night by some Trick or Treaters. Why?  She dropped movie voucher passes in the kids bags. That will do it. Drop some Snickers next time Mom.

I didn’t win. How about you?  Apparently you didn’t win either. Nobody did. The jackpot is now over 1.2 BILLION bucks. Which means I have to go give them more money that won’t ever come back to me. I think it’s the law or something.

Taylor Swift has ten songs in the top 10 list on Billboard. History making. First time ever for a female artist. This after she released her newest project Midnights this past week. The ENTIRE top 10. Some folks remember her in Nashville as the gangly girl who played her songs at the Bluebird Café.

I will say I remember listening to her first record that was pushed to country radio. I was in Cincinnati at the time at WUBE and was serving as a Music Director. So I’d get the new music, listen, and make recommendations to my Program Director. Only two times in the short time I was doing that job did I ever go to him excited about what I’d just heard. One was the George Strait song “The Chair” with the surprise twist at the end that blew me away. The other was “Tim McGraw” by Taylor Swift. I just thought it was “different” than most anything else that crossed my desk. I had ZERO idea how big a superstar I was listening to that day when I listened to that song the first time…and then backed it up and listened a second time.

A US Intelligence report says many UFO sightings are foreign drones or flying trash. Space trash. So there you go. Next thing you know they’re going to tell us that Big Foot and the Loch Ness Monster are not for real.

US News just listed the top 10 best places to retire. Affordability of housing led to the entire list being either Florida or Pennsylvania with the exception of 1 town in Michigan.

And the most affordable retirement city?

Lancaster PA.  Home of the Amish. Been there, played a show there with Linda Davis and Lang Scott opening for Gene Watson one night. If everyone drives a buggy…cost of living is cheaper.

That trip to Lancaster led to me writing this classic, “I’ll Join The Amish”. So you can either thank or BLAME Lancaster for that. 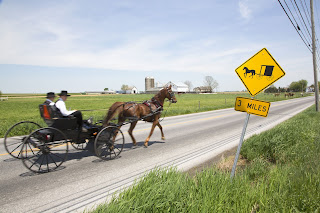 Man Blames ‘Paranormal Activity’ For Driving Car With 2 Missing Tires. Right. I suppose the bong in the passenger seat had nothing to do with it.

Off to Key West where I’ll be there through Saturday hanging with all those Parrot Heads. I’m trying to remind me to “pace myself.”