First Monday of October. Everything smells like pumpkin. Up near 80 today in Music City.

Mine started Friday morning writing a new patriotic song idea my friend Gerald Smith brought to our writing table. Something a bit red, white, and blue went into our catalog and there’s always room for those.

Then Friday afternoon I chatted with Rick Moore who is writer for the Nashville publication Nashville Music Guide. We talked songwriting, radio, growing up in Missouri and more. That article should be online sometime this week, and when I get it, I’ll share that interview here. Rick lives out in Vegas right now, originally a Midwest guy growing up in Iowa AND he too played music, so we had a lot to chat about. Thank you, Rick, for having me.

The Blast on the Bay Songwriters Festival in Port St. Joe, Florida is coming up in a couple of weeks, October 20-23. I’ll be there with Steve Dean & Victoria Venier for 3 different “Hits & Grins” show. But I just got added to another songwriters show at 6 pm Friday October 21 at ScallopRepublic on Cape San Blas with my friend Jerry Salley and Lauren Spring whom I’ve not met. That should be a very fun show as well.

If you’re free that weekend, consider coming and checking out this wonderful festival. The seafood in Port St. Joe is incredible and so are the views. Details for all of my shows there on in the calendar section here on the website.

A Fort Meyers resident said on camera said, “staying was the worst decision he ever made in his life.” Someone seems to say that after every hurricane. And yet they still stay. And some of them hunker down in mobile homes and campers. The more pictures we see, the more devastation we see. Gosh. Estimates have now climbed to 65 billion dollars’ worth of damages. A whole lot of insurance claims will strain those companies for sure to cover. 600,000 without power there.

And the death toll is now up to 74. On top of all of that a Cat 3, maybe Cat 4 hurricane Orlene is due to hit western Mexico today with Puerto Vallarta in the cross hairs.

Regal Cinemas will close down some of their theaters. Business has not returned to anywhere near normal since the pandemic began. And those in the know think theater business will not return to normal until at least 2025.

Yet another study reveals that two-thirds of adults in the United States are NOT planning on getting the COVID-19 booster shots anytime soon. “Weary” might be the word to describe what Americans are feeling about more and more booster shots.

Esquire Magazine put out an article listing the oddest names for towns in each state in their opinion. Some I knew about…some I did not. In the states I have live in:

After drinking one night a game warden decided he could shoot a walnut off a friend’s head. He did, without killing the guy, but someone said it was “one damned goofy thing to do” and the name stuck.

I knew about this one from the two years I spent on morning radio in Indianapolis. Folks drive from a long ways to get their envelopes stamped in Santa Claus at Christmas time.

That’s my home state. And I’d never heard of that one. I’ve played music in a ton of towns in the Show Me State but never in Tightwad. Maybe that’s because they refuse to play musicians a lot? 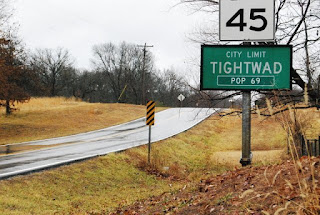 Again, 12 years in Ohio…never heard of it. Some settler carved his initials P.P. into a tree then the town was named.

(The founders were really lazy)

Yes…there was an egg fight that had something to do with that. I will say, Egg Harbor is a beautiful place in Door County, a county that’s filled with little harbor towns. Worth going to. 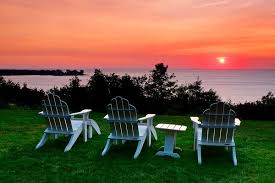 There’s an opinion column that poses the question, “What do you think Jesus would say if he gave a Ted Talk”? Maybe the better modern-day question would be, “How many followers would Jesus have on his Facebook page”?

Oh yea. At a pro-fishing contest in Ohio they disqualified a couple of guys after they found weights in their walleye catch.

Elk Grove, CA just had their pumpkin festival. With every pumpkin festival comes a pumpkin contest. This year they had a pumpkin that weighed in at a whopping 1,886 pounds! (Wonder if they checked the pumpkin for weights hidden inside?) 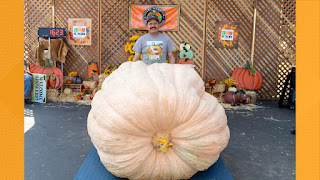 There was an article in Fortune today stating that the housing market is going to see the 2nd biggest home price decline since the Great Depression. Just like roller coasters and the stock market. Up and down. Up and down.

“Those who do not study history are doomed to repeat it, and by that I am talking about Gen Z bringing back low-cut jeans”. Or as I like to describe them…jeans that are all they’re “cracked” up to be.

Nothing big today. Some getting ready for the road trip to Gulf Shores, and Mobile this weekend for two shows, and I’m also prepping a bit for a private show I’m part of at our Country Music Hall of Fame and Museum this Wednesday evening.