A cool Tuesday morning to ya. It is most definitely long sleeve weather in middle Tennessee now. It’s just 33 degrees as I start this blog early this morning. That upcoming trip to Port St. Joe Florida this Thursday for the Blast on the Bay Songwriters Festival is the only thing making me a feel a little warmer right now. 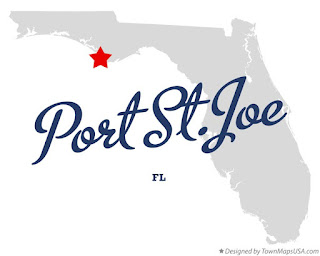 I wrote online with Larry Frick over near Gatlinburg yesterday, and a friend of his Justin Mychals. Larry and Justin both play a lot at Blake Shelton’s “Ole Red” in Gatlinburg, and Justin shared a song title idea he had that was really great. And then Larry thought the two of them should invite me to help them write that great “hook”. Glad they did. Justin lives over near Johnson, Tennessee which is near Bristol so through the magic of the internet and three computers I hope we did his song idea justice. It was a pleasure writing it with both of them.

The Mayor of Nashville officially announced they will build a new domed stadium for our NFL team the Tennessee Titans to the tune of 2 BILLION bucks. The good news?  The taxpayers don’t have to pay for it. It will hold 55 to 60,00O fans. That will bring the first Super Bowl ever to Music City as well as countless other big events. Grammys, NCAA College Football Playoffs…you name it. And the city just keeps growing. Once again our state bird is the Crane.

News out of Boston University yesterday where researchers claim to have developed a spike protein from the Omicron variant with the original Wuhan strain, which has an 80% kill rate. Frightening. I’m not smart enough to know why we need to develop COVID strains in a lab.

California says they will finally lift their COVID-19 state of emergency in November.

The CEO for Moderna is now saying not everyone will need a booster shot. That COVID will more and more be treated like the flu. What some folks have said since the beginning. Some will get a flu shot, others won’t. Much like the COVID vaccine and boosters.

Charles Barkley signed a massive new contract that will keep him being funny on TNT basketball pre-games and whatever else they may dream up for him. The new 10-year deal could bring home 200 million for Chuck. Worth every dime in my book. Always entertaining, funny, speaks his mind, doesn’t take himself seriously and he bring lots and lots of eyes to that network. If you’ve never watched him for some reason, check out these really funnyhighlight clips from years at the desk with Ernie Johnson, Shaq, and Kenny Smith.

Check this out. The amount of education one gets in their life is reflected on most bottom lines. Here are some average incomes by education levels.

Get your diplomas kids.

“Shortly before our 25th wedding anniversary, my husband sent 25 long stemmed yellow roses to me at my office. A few days later, I plucked all the petals and dried them. On the night of our anniversary, I spread the petals over the bed and lay on top of them, wearing only a negligee.

As I’d hoped, I got a reaction from my husband.

When he saw me, he shouted, “Are those potato chips?”

Well…they do say the way to a man’s heart is…..

I remember the late Joan Rivers joke that was similar when she said one night she wrapped her naked body in nothing but Saran Wrap and waited to surprise her husband Fang. (That’s what she called her husband).

When Fang got home and saw her on the couch he muttered, “Leftovers again”?

What’s it look like when 750,000 dominoes fall?  It looks like a new record. Yes, they have competitions for this. The Dutch team was the winner this year. I call this the “Too Much Time On Your Hands” competition. Take a look.

The official teaser is out for a new version of the classic “Christmas Story”. Here’s what that looks like. Hopefully Ralphie won’t shoot his eye out or stick his tongue on a frozen pole in this sequel. This will be shown on HBO Max this Christmas season.

I’ve seen a few of those. A lot of museums you go into once and never go back. A “been there-seen that” kind of thing. But there are some I would visit or have visited multiple times.

One of those is the Air and Space Museum in DC that my brother Gary and Kay took me and my wife too when we were in DC a long while ago. And now they’ve just re-opened that museum after a billion dollar make over. Here’s a tour…I may have to go back again.

The Baseball Hall of Fame in Cooperstown. A must for any baseball head like me.

I’m online writing with my buddy Tim Stafford over in Knoxville this morning. Tim was just at the big bluegrass convention in Raleigh, and he and his acclaimed bluegrass band “Blue Highway” just wrapped up their first bluegrass festival a couple of weekends ago, so I’ll want him to fill me on how those went before we start rhyming something new.