Hump Day all day. Man, I hate that it’s already that time of year for sweatpants and space heaters. And it’s packing day for my trip to Port St. Joe for the songwriters festival there that starts tomorrow evening and runs through Sunday. 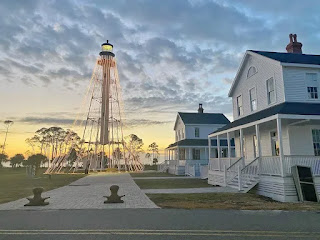 It’s just 36 degrees right now with a high of 60 on tap. But it will be back near 80 by this weekend here in Twang Town. At Port St. Joe we’ll be in the mid to upper 70’s down by the beach for that run.

I wrote a new song with Tim Stafford who was finally tucked into a house he and his wife have been working on for a long time that has a gorgeous view of the Smoky Mountains over in east Tennessee. Happy for them. In the past few weeks Tim has hosted a big bluegrass festival (inaugural year for it) participated in the International Bluegrass Festival in Raleigh, is releasing a new bluegrass album along that features not only Tim but also our talented mutual co-writer friend Thomm Jutz, AND he moved into a new house. How’s that for a year, much less just a few weeks?

During the pandemic, my two friends wrote a bunch of great songs together Enough so that they just released a new album together. The first single is a bluegrass waltz "No Witness in the Laurel But The Leaves" which is a story they made up about a feud in Kentucky like the real ones we've read about in history from that region.  Check out the song from these two talented friends.

I had a start on yesterday’s song, Tim loved it, jumped in, and made it better which is what I suspected would happen when I shared it with him. Not only a gifted guitarist, but just a great lyricist and painter of songs. Always a pleasure writing with Tim and sharing some time together.

I watched "Love, Tom... a one man songwriter documentary from hit songwriter Tom Douglas who wrote “House That Built Me” to name just one. My friend Lang Scott kept telling me I needed to watch this, and I'm glad I took his advice.  It’s about an hour long, and it’s just Tom moving through Nashville iconic spots and telling his personal story and talking about why folks need to be creative, and the ups and downs of being a writer period. Each piece of one his songs that he shares with us are played on different pianos in different venues are that iconic here in town. The Ryman, the Bluebird, etc.

It won’t be for everyone I know. But it’s masterful poetic story telling from one our greatest songwriters who almost gave up. He talks about that, he talks about why he writes songs now, and he talks about that “aha” moment that turned him into a hit writer. I’ll watch it again. Here’s a TRAILERso you can determine if it’s something that might interest you as well. Thank you for baring your songwriter soul on film Tom. 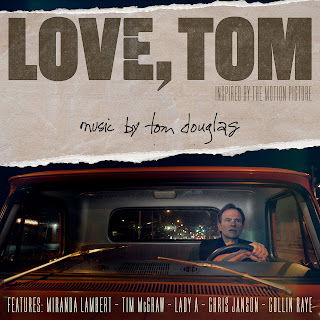 Two Mega Million ticket winners yesterday. One in California, but one was to someone in Fort Myers where they could use a little good news. Each winner gets 247 million. Hope that puts a little sunshine back in south Florida.

A funny comedic observation about the pandemic and COVID. (Not my line) “The world has turned upside down. Old folks are sneaking out of the house, and their kids are yelling at them to stay indoors”.

The CDC is hinting that they could add a COVID vaccine requirement for children to the immunization list with no clinical data.

Tourists they say are flocking to Japan now after they lifted their COVID restrictions.

I don’t know of many who give more or better “make sense” quotes than Dolly Parton. Here’s the latest gem from her.

“I never quite understood why we have to let religion and politics and things like that stand in the way of just being good human beings.”

It’s like she’s reading my mind as that’s exactly how I’ve always felt. She just put it more eloquently than ever could have.

No wonder my Missouri friend Becky Denton loves Dolly. Which is why, after she told me this that we wrote “I Love Dolly” that she recorded and has done well with.

A new study reveals that a dang mosquito’s favorite victim is determined by smell. They are drawn to carbolic acids that every human has some of. There are more of those acids in good looking people according to those skeeter folks in the know.

No wonder I never get bitten or bothered.

Nashville just outlawed smoking in all dive bars. The no smoking ban here as in the rest of the country has been in place for a while, but they made exception for 21 and over dive bars if I’ve got the story right. No more.  No smoking and no vaping.

Remember when folks complained about smoking bans and bar owners were sure the ban would ruin their businesses?  Not so much. Good luck trying to get into any bar on Lower Broadway on a weekend.

I never smoked. Just didn’t appeal to me. But I might as well have as I played a lot of years in smoke filled bars. On stage the cloud of smoke would sometimes dim the stage lights. It was that thick. I had a closet that smelled like smoke for years from hanging the clothes I wore in clubs in there. Don’t miss that. And my closet smells better.

How about this. A sequel to the old “Twister” tornado movie is on the way. They thought for a long time about a great name for the follow up and came up with “Twisters”. Time to place your bets. How many mobile homes will fly away in this sequel? Here’s a look at the TRAILER. (the other kind of trailer)

THE ROCK AND KELLY

What would a duet of a Loretta Lynn song sound like if Dwayne Johnson and Kelly Clarkson sang it? Check out their version of “Don’tCome Home A Drinking”. Smell what the Rock is singing!

Here before we know it. My least favorite of all holidays. Just have never gotten into it. Certainly not like some who spend a small fortune to make their houses look like Halloween.

I just don’t see me doing this. 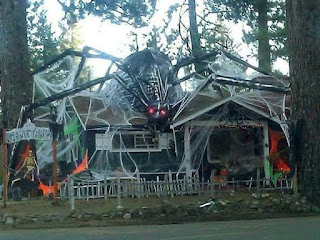 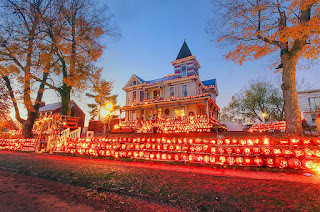 Heck, I don’t even have a pumpkin on the front porch. What’s wrong with me?

It’s a get set get ready to go to the beach day. There will be a very short blog here tomorrow morning as I have a long drive with my “Hits & Grins” trio dark and early in the morning for Port St. Joe, Florida, and the Blast on the Bay Songwriters Festival that we look forward to each year. I’ll be playing 4 shows this year, three of those with “Hits & Grins”.