The Quacker...CMA's...A Buddy Gets A Day

Thursday morning in Nashville, getting ready for a show later this evening. 85 for the high in Music City today.

I wrote with Gerald Smith yesterday and we tackled a bluegrass waltz that turned out great. It’s the kind of stuff my publishing company can pitch to bluegrass artists and groups all day, so that’s a good thing.

I’ve mentioned Gerald being the “Georgia Quacker”, he can do a duck thing like no other. It got him on Hee Haw many times back when he first came to town. How did that happen?  I got the story first-hand. Gerald had heard about Hee Haw coming to be and decided to drive up to Nashville from Georgia with a young banjo playing friend of his. Gerald said he was about 24 or 25 at the time. They went to the Opry House, where they shot Hee Haw in Studio A and got tickets to sit in the crowd for a taping. After the show, Gerald managed to catch the attention of Goober who was part of the cast and did his duck thing to the old tune of Cripple Creek that his buddy played on the 5-string while Gerald did his “quacking”. Goober liked his quacking so much that he got him in front of the show’s producer Sam Lovullo. Sam liked what he heard but did not need another banjo player. They had Roy Clark, and Roni Stoneman, Buck Trent and at least one other in the cast that had that covered. But Sam loved the quacking and realized how unique it was. The banjo player was sent home (not happy) Gerald quacked on the show 11 or 12 times. And then went on to become a successful songwriter with multiple number one hits.

And all these years he’s still “quacking” people up, including me doing THIS.

The nominations came out yesterday. The "Entertainer of the Year" nominees this time around are:

The 56th Annual Awards Show will be Wednesday evening November 9 on ABC hosted by Peyton Manning and Luke Bryan. That should be fun with Peyton co-hosting. 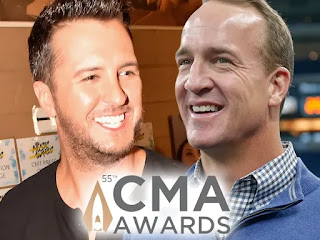 To my friend and co-writer Josh Shilling. They just had a “Josh Shilling Day” in Henry County, Virginia where Josh is from, complete with plaque and everything! 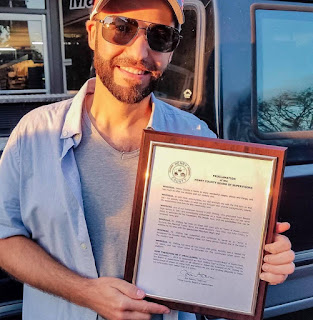 Couldn’t happen to a more talented dude. Plays great guitar, he’s a piano playing monster, head of the group Mountain Heart and he does a ton of great studio work. And it was Josh who got our song to the great bluegrass legend Del McCoury that he recorded and released as a single off his new album “OnceAgain”. In fact, Josh played piano on the recording.

Congrats on your big day back home Josh. More than deserved.

Dr. Fauci now says we’ll be getting a yearly COVID shot (for those that want them) just like we get a flu shot. Something a lot of folks predicted from the get-go.

The state of Maryland is the first state to get the new booster vaccine. They were rolling up their sleeves and eating crabcakes at the same time. Maybe?

And one COVID doctor says that if you’ve been infected, you should wait 6 months before getting the new booster shot.

Home prices have declined now in 85% of all states. Mortgage rates go up, sales go down. So much so that prices have decline over the last little bit. In fact, prices they say have plunged the most in a decade. Blood Sweat & Tears had it right years ago. “What goes up…must go down”.

Comedians have made a living off telling marriage jokes for a long while. Thought I’d share a two of my favorites here for you married folk.

Rita Rudner who sat down with me for an interview in Las Vegas once and made me laugh so hard said this of marriage. “I think men who have a pierced ear are better prepared for marriage. They’ve experienced pain and bought jewelry.”

My wife and I were on a Viking River Cruise Ship a few years ago and went sailing down the Rhine River with my friend Brent Burns and a group that signed up to join us. The trip was spectacular. And so was the ship. I’ve taken several cruises. This ship was by FAR my favorite that I’ve ever been on. Smaller, you’re on a river and not bouncing in the ocean, you can sit on top and look at the amazing scenery floating by …the food is awesome, and the ship is easy to NOT get lost on. 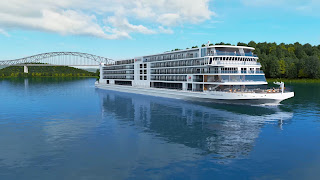 Now Viking Cruises announce they will float one on the Mississippi River for cruises. If Europe is not your thing and you want to cruise stateside?  This might be the cruise for you.

The new “live” version of the Disney classic Pinocchio is now available to watch on Apple+ with Tom Hanks playing the puppet maker Geppetto. It’s getting mixed reviews, but because Tom Hanks is in it, I’ll check it out for sure.

Pinocchio of course with his lying nose is being played by a politician. Okay, maybe not. But there would be no end of folks qualified to play that role…right?  Fake nose kind of stuff, I guess.

They rolled out their new line of iPhones and a new Smartwatch that some folks are raving about. I could use an upgrade. But I don’t even wear a watch anymore with the time on my cellphone. Now if they made a “smart” pocket watch, that might be cool.

Former President Obama and his wife Michelle got their portraits hung in the White House yesterday. 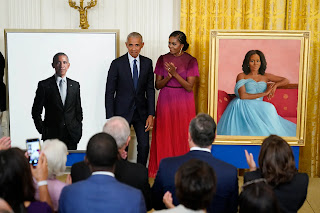 Cool. But I kind of like the portrait we hung in the Whyte House much more. Don’t you? 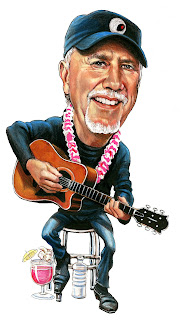 I’ve got a show at 7 pm this evening in the town of Livingston, Tennessee with my songwriter friend Wil Nance. Two “Show Me” Boys from Missouri on stage tonight at Americanaville. It’s my second time playing this wonderful venue and I’m looking very forward to sharing the stage with Wil tonight and hearing him play some of the songs he’s had recorded by George Strait, Joe Nichols, Brad Paisley, Chris Janson and many others.